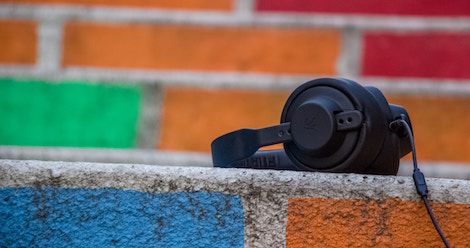 In my (albeit short) time as an audiobook aficionado, I’ve had the immense pleasure of listening to many incredible audiobooks. So far, I have only encountered four that, in my opinion, are perfect. What sets these four apart is that they are masterpieces on two fronts: the book itself and the narration.

Here they are, in the order in which I read them: four perfect audiobooks. 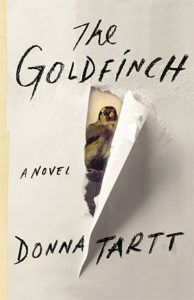 The Goldfinch by Donna Tartt (Narrated by David pittu)

The Goldfinch was one of the first audiobooks I ever listened to. There was not one moment, in all its 32 hours, when Pittu’s voice faltered. His ability to inhabit each character is astounding. Each of his voices is so distinct it’s hard to believe there’s only one person narrating the book. But what sets Pittu’s narration apart from the work of other brilliant voice actors is the way he voices Theo, the first-person narrator of the novel. Not once, in the entirety of this massive audiobook, did I feel like I was being read to. I felt like I was inside the book. The author disappeared, Pittu disappeared, and what was left was a direct connection between me, the reader, and Theo, the main character. Pittu was the first audiobook narrator to provide this experience for me. I was convinced no one would ever do so again.

Lincoln in the Bardo by george saunders (narrated by Nick Offerman, David Sedaris, George Saunders, Cassandra Campbell and 162 others)

Nothing could have prepared me for the brilliance of this production. I still struggle to put it into words. Every single narrator is perfect. Some only have one line; those lines are perfect. There was not one voice that took me out of the story. I became convinced that it must have been written specifically to be read in this way, by these actors. The narration was so good it felt like an essential part of the book.

Listening to Lincoln in the Bardo reminded me of the power of experimental fiction: when successful, it can open entirely unprecedented realms of storytelling. Saunders wrote a masterpiece, but the audiobook vaulted it, for me, not only onto my list of perfect audiobooks, but onto my list of best books, period. 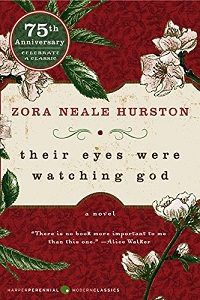 I decided to reread Their Eyes Were Watching God for the 2018 Read Harder challenge task “read an assigned book you hated or never finished.” I didn’t hate this book when I read it in high school, but I didn’t love it, either. Now I cannot fathom how my younger self failed to see it for the masterpiece it is. Luckily, my tepid reaction to the book as a teenager inspired me to reread it on audio. What an astonishing gift.

Ruby Dee brings this magnificent book to life in a way that feels almost magical. She captures its essence. Not only the specific voices of each character, but the time and place, the humidity of the Florida swamps, the electricity between Janie and Tea Cake. Hurston’s prose is gorgeous, but hearing it out loud made me realize just how much poetry there is in the novel. The words sing. Dee’s superb narration also made me appreciate Hurston’s use of dialect in a new way. The voices of these characters, when spoken aloud, imbued the book with something vital, urgent, necessary. They felt, at times, almost unbearably real. Listening to this book was so immersive that finishing it felt like climbing out of a vivid dream. 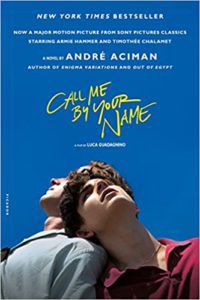 I was not expecting to find another perfect audiobook so soon after listening to Their Eyes Were Watching God. Then I listened to Call Me By Your Name. I picked it up because of all the buzz about the movie, but my decision to listen to was mostly arbitrary. It may have been the best decision I’ve made this year.

Call Me By Your Name is a deeply internal novel. It’s comprised almost entirely of seventeen-year-old Elio’s thoughts, obsessions, and self-analysis. It captures the intensity of a teenage romance more honestly than any book I’ve ever read. In the audiobook, Armie Hammer (who plays Oliver in the movie) steps effortlessly into Elio’s interior world. The result is staggering. I found myself holding my breath though parts of this book. I’d be listening to it while cooking, and would have to stop and sit down because I couldn’t concentrate on anything but his voice. Like David Pittu voicing Theo in The Goldfinch, Hammer made himself disappear until only Elio remained. His narration is so honest, so vulnerable, and so authentic, that when I bought the book in print, and saw the words on the page, it seemed that only half the book was there. Something essential was missing

Looking for more perfect audiobooks? Check out The 5 Best Audiobook Narrators (according to one Rioter), 10 Best Full-Cast Audiobooks, and books we recommend on audio instead of print.