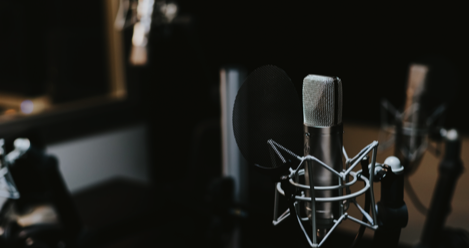 I listen to a lot of audiobooks. There are a lot of great audiobook narrators out there. But the best audiobook narrators take it to the next level. I mean voice actors who are so amazing at their jobs that while listening to the audiobooks they are performing I lose all awareness that I am listening to a human reading a story and I just feel completely immersed, like I am right there in the book. These five narrators all have the qualities I treasure in audiobook readers: versatility in the character voices they can do, wide range of spot-on accents, and amazing extent of emotion and expressiveness. Without further ado, here are the five best audiobook narrators (according to me only, of course).

The award-winning and much-loved Robin Miles is a hugely prolific audiobook performer. She has narrated over 350 audiobooks! In particular, she’s made a career bringing to life incredible books by Black women authors such as N.K. Jemisin, bell hooks, Nalo Hopkinson, Nnedi Okorafor, Audre Lorde, Chinelo Okparanta, Angela Davis, Roxane Gay, and so many more! You know an audiobook narrator is versatile when her resumé includes science fiction, literary fiction, memoir, and children’s fiction, to name only a few genres. In order to excel at such a range of genres, Miles shows off an astounding ability to embody characters in different times and places. She voices Black characters in the U.S., the Caribbean, Nigeria and other lands real and imaginary with equal authenticity, so well that after listening to many of her books I still had no idea what her accent in real life was. Check out this great interview with Robin Miles right here on Book Riot. Also check out more audiobooks by Black authors read by Black audiobook narrators. 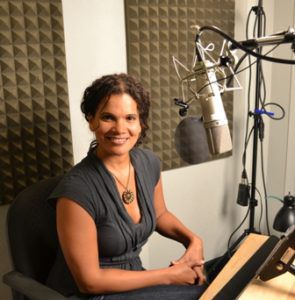 It was January Lavoy’s mind-blowing narration of Libba Bray’s Diviners series that first earned her a spot on this list. Listening to her performance of those YA books is like going to see a live theater performance. She even sings! Honestly, the performance of The Diviners is probably as close as you’ll ever get to a full-cast audiobook that’s actually only read by one person. She is so good at doing character voices and accents that it’s hard to believe that the same person is doing all of the characters’ dialogue and the narration. And it’s not like she does one voice for African American New Yorkers or one version of a Southern accent; she does distinct voices within specific accents. It’s been months since I listened to the second book Lair of Dreams, and I can still hear the characters’ voices in my head. Lavoy’s genre range is also wide: her resumé includes Star Wars books, thrillers, and romance.

Have you ever had a crush on an audiobook narrator without even having seen what they look like? Yeah, that was my experience with Kobna Holdbrook-Smith, who I was introduced to through his performances of Ben Aaronovitch’s Peter Grant urban fantasy detective series, aka the Rivers of London series, aka the grown-up Harry Potter I’ve always wanted. Holdbrook-Smith has an incredibly smooth, sexy voice that is perfect for the young biracial (Nigerian and English) police constable and sorcerer’s apprentice Peter Grant. But that’s not all: Aaronovitch’s London is distinctly today’s bustling, multi-cultural one, which means the series allows Holdbrook-Smith ample opportunities to show off his incredible talent for authentic accents, including ones for different classes, Scottish, Irish, Nigerian, and a whole host of others for Londoners originating from all over the world. I also have to give him props for doing great women’s voices, something otherwise decent male audiobook narrators often screw up. 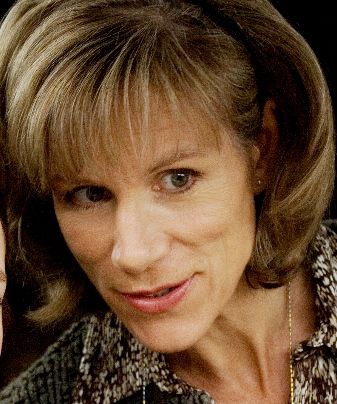 In my opinion, there is no one better performing classic British audiobooks than Juliet Stevenson. If you’ve been wanting to (re)read some 18th, 19th, or early 20th century women fiction masters like Jane Austen, Elizabeth Gaskell, Virginia Woolf, George Eliot, and the Brontës through audiobooks, Stevenson is your woman. She has such a rich, warm voice that, to this North American reader’s ear at least, is just the kind of classically English that feels perfect for Austen and the like. My introduction to Stevenson’s audiobook work was Elizabeth Gaskell’s North and South (aka Pride and Prejudice for socialists) and I was just astounded at how fantastically she brought to life Margaret’s story. She made the intricacies of class and regional accents of England so clear to me in a way I never would have got reading the print book. She also proves equal to George Eliot’s intellectual, stunningly perceptive prose in Middlemarch. I have a hard time believing anyone else could narrate so exquisitely what many consider the best novel ever written in English. 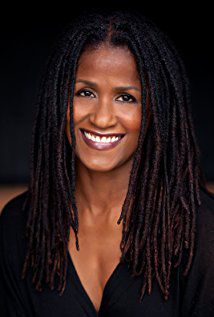 Bahni Turpin is currently killing it at performing audiobooks versions of top-notch YA books, particularly by authors of color, including a good chunk of the best YA audiobooks published in the last five years, like The Hate U Give, The Sun Is Also a Star, and They Both Die at the End. There’s something about her voice that embodies the narratives of teenagers so well. I don’t quite understand how she is able to sound so much like a teenager even though she is an adult? She makes the voices of teen girls so genuine and empathetic, especially exemplifying the giddy excitement of teen romance characteristic of Nicola Yoon’s two hits Everything, Everything and The Sun Is Also A Star. I was hesitant at first when I found out she narrated both of them, worried that it would make me confuse the two characters in my head, but I couldn’t have been more wrong. Like the others on this list, Turpin also slides easily in and out of non-American accents, pulling out the voices of Jamaican characters, for example, effortlessly.