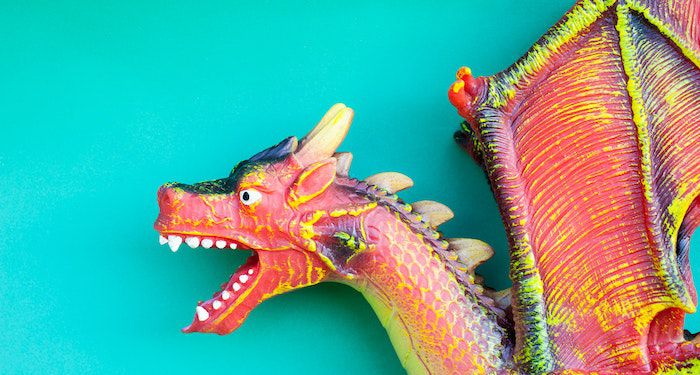 Okay, I admit it. I obsess over speculative sub-genres. Just off the top of my head, we’ve got New Weird, steampunk, silkpunk, grimdark, and Afrofuturist literature. (And that’s not even close to listing them all.) To me, these are a fascinating way of dividing the larger, ever-shifting category of sci-fi fantasy into more digestible chunks. In addition, sub-genres are essential for shifting through the massive amount of speculative works published each year. So, when I stumbled upon a book with a blurb describing it as godpunk, I fell into a rabbit hole. 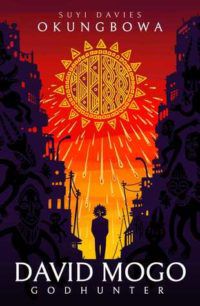 This is the book that featured godpunk in its blurb: “This urban fantasy godpunk novel from Nigeria continues a growing tradition in bringing the choicest bits of African fantasy to life.” Immediately intrigued by both the blurb and the stellar world-building of Okungbowa’s other work, Son of the Storm, I dove in. In David Mogo, Godhunter, the titular character works freelance to rid Lagos of meddlesome gods who’ve fallen from the sky. Of course, dealing with deities is always dangerous, and soon David falls into an agenda that’s way over his head. While reading, I realized that if this is what godpunk is—that is, books where mythic gods directly interfere in modern human affairs—then I know a bunch of others that also fit the bill.

I must give credit to author James Lovegrove, a pioneer of the term, who has defined the genre as “books [that give] ancient gods a science fiction/urban fantasy twist”. With that in mind, here’s a list of some truly divine (*wink* *wink*) godpunk fiction. 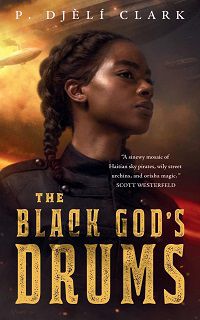 The African orïsha and their tales of godhood have traveled across oceans and through centuries. Clark invokes them sincerely and powerfully in The Black God’s Drums, a novella centering a young girl nicknamed Creeper in 1884 New Orleans. Inside her, the orïsha Oya resides, a goddess who rules the wind and storms. Creeper ekes out a living on the streets, searching for meaning and greatness as the country repairs itself after the Civil War. Then, a smuggler ship and a giant opportunity rear its head. 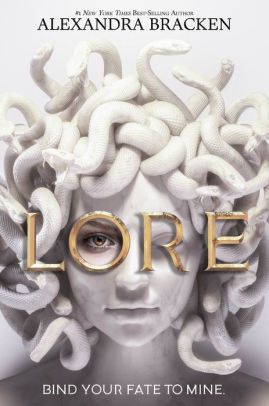 This sounds like a much more intense version of Rick Riordan’s famous Percy Jackson series, a fabulous children’s staple of godpunk. In this novel, every nine years the Greek gods must walk the Earth as punishment for a past rebellion. And as you know if you’ve read any Greek myths, Greek gods coming to Earth is never good. Protagonist Lore wants nothing to do with them, as someone who left the brutal world of gods and their problems long ago. But now, with Athena (yes, that Athena) by her side, there might just be a chance for vengeance. 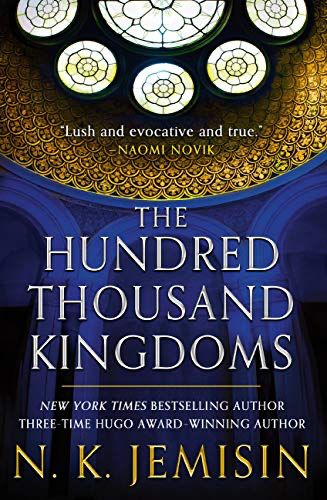 This one is a bit of an outlier. So, this novel doesn’t take place on Earth, but nevertheless involves gods meddling in the ongoings of mortals. And in this one in particular, there are mortals meddling back. Yeine of Darr comes to the floating city of Sky to reclaim her rightful place as heir to the throne, but realizes the ruling people there are playing a dangerous game. They’ve enslaved several of the gods, and the gods are not happy. But in Yeine, they see hope—and perhaps something more? 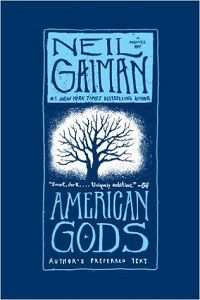 Master storyteller Neil Gaiman brings all sorts of gods to this classic fantasy novel. There’s Odin, Anansi, Anubis—a whole bunch of “old” gods with ancient ways but modern looks. Then, there’s the new gods I’m sure you’ve heard of but haven’t exactly known were gods: deities of media, conspiracy theories, and globalization, for starters. At the center of this is a Shadow, a man grieving the death of his wife and coaxed into becoming a bodyguard for the mysterious Mr. Wednesday. 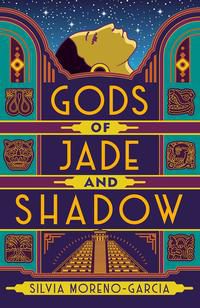 Mayan gods were never ones I got to learn about in school; I never understood just how completely metal they are. In this novel, allow Silvia Moreno-Garcia to introduce (or re-introduce) you to Hun-Kamé. He’s the Mayan god of death, and in this novel, he’s genuinely swoonworthy. After our main character Casiopea accidentally restores the bones of Hun-Kamé to a half-alive state, he enlists her help in finding the rest of his body parts. Unfortunately, his brother has been ruling in Hun-Kamé’s stead in the underworld, and does not want to give up his power. At times intense and at times gentle, this is a true godpunk novel in and out.