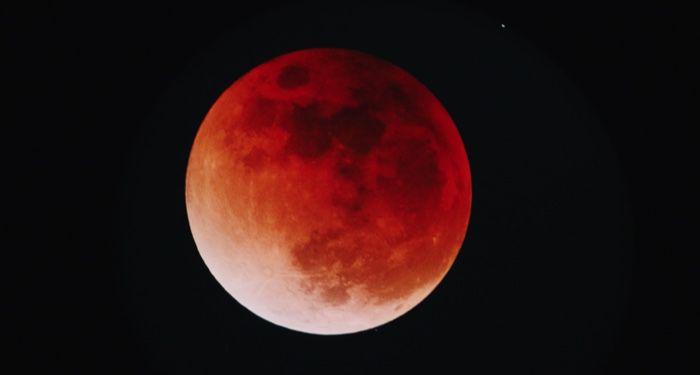 I’m a big fan of science fiction and fantasy, but my tastes have always trended to the dark, tense and morbid. Give me a troubled antihero over a classic do-gooder any day of the week, and twice on Sunday. So when I discovered there was an actual sub-genre of fantasy called “grimdark,” I was pretty thrilled about it.

But beyond the clear intent of the tone of the name, it was hard to get a clear definition for what the sub-genre encompassed. Was anything with darkish vibes grimdark? Or were there more specific motifs and elements to it, as run rampant through certain romance sub-genres? It threw me for a bit of a loop, so I avoided using the term for a time, and then finally decided to get to the bottom of it.

It turns out that the definition of grimdark was unclear for good reason—various influencers over the years have given varying definitions for it, all similar but slightly different.

The term originated from the miniature war game Warhammer 40,000, which uses the tagline, “In the grim darkness of the far future, there is only war.”

So, this gives a pretty strong vibe—hopeless, violent, hella grim. While the reference to a far future sounds more like science fiction, the game makes prolific use of fantasy tropes like magic, supernatural beings, mystical creatures, and more.

An exploration of the rise of grimdark from Grimdark Magazine traces a line from grimdark to its predecessor sword and sorcery, which the article describes as “sword-swinging protagonists who were usually not out to save the world but were motivated by their own survival, tribal affiliations, or hot-blooded desires,” and before it, heroic fantasy, which held more traditional heroes who were good and brave, and faced down the evils of the world.

The later evolution of grimdark is described as a “grimmer, darker, and more realistic approach to epic fantasy” stripped of its idealism that rose in the 1990s, and credits the release of George R. R. Martin’s first novel in the Game of Thrones series in 1996 for its rise in popularity.

Firm definitions of the genre run on common themes but with variations:

From Google dictionary: “A genre of fiction, especially fantasy fiction, characterized by disturbing, violent, or bleak subject matter and a dystopian setting.”

From Wikipedia: “Grimdark is a subgenre or a way to describe the tone, style or setting of speculative fiction (especially fantasy) that is, depending on the definition used, markedly dystopian or amoral, or particularly violent or realistic.”

From Macmillan dictionary: “A type of fantasy fiction with unusually dark and violent themes and tone. If you like bloody swordfights and morally grey characters, grimdark is the genre for you.”

Ultimately, the definition I liked the most was a simpler one from grimdark master N. K. Jemisin on Twitter, which describes the sub-genre as the fantasy equivalent of science fiction’s dystopia genre.

If this sounds like your vibe, here are three great examples of grimdark in action for you to enjoy and brood over: 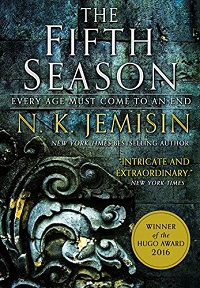 After Essun’s son is murdered by his father, she sets out to save her daughter before she suffers the same fate. Meanwhile, a rift has torn apart the earth, causing ash to coat the sky for years and years to come. Civilizations are at war and destroying each other. And the powerful people who could save them all are trapped in slavery, suffering severe abuse and oppression. It doesn’t get any more grim or dark than this.

But through this fractured tale across time and identities, Jemisin takes an unflinching, close-up look at the cost of systemic abuse and hatred. This series was the first to win the Huge Award for Best Novel for three consecutive years for each title in the series, and it was well earned. 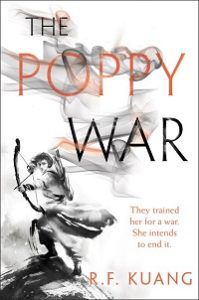 This title is one of the quickest examples of grimdark I’ve seen from recent releases, and there is good reason for it. It starts in the worst region of the Empire with orphan Rin, who has been taken in by drug dealers. Determined to escape the life of use and abuse they have mapped for her, Rin manages to ace the empire-wide test for the military academies.

As she starts her education at Sinegard, she find earning her way in won’t be enough to compete against her peers on equal footing, and she begins an intense, unending pursuit to claim her personal power and surpass her classmates. This continues as they are dispatched into a real war unfolding across the empire, and in her growing desire for power, Rin will even utilizing psychoactive substances to call upon destructive gods she cannot control once unleashed. 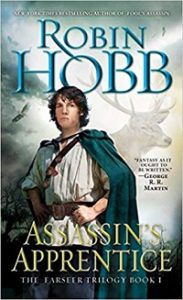 The Assassin’s Apprentice by Robin Hobb

The Assassin’s Apprentice is the first book in this series, featuring FitzChivalry Farseer and his enigmatic friend Fool. Fitz is the prince’s bastard, so he grew up on the court’s periphery, hidden away in the stables. His grandfather the king secretly put him in training, where Fitz learned to put his magical mind-bending abilities to work as an assassin. As raiders attach the kingdom’s coasts, the time has come for Fitz to take his training into the world.