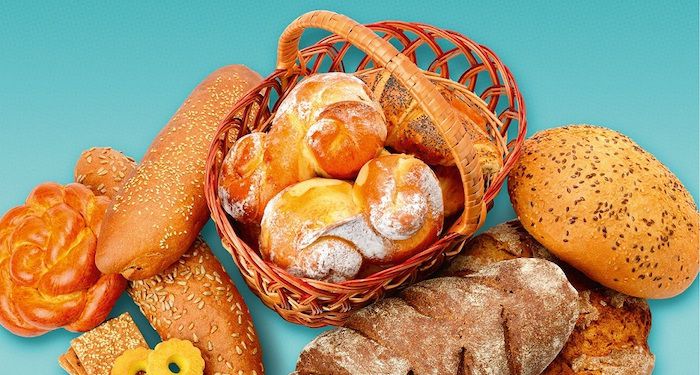 Aside from the cozy vibes it brings, I love that the Tita Rosie’s Kitchen Mystery series prominently features a Filipino American family. Filipino-centered novels are few and far between, and upon reading Arsenic and Adobo, I realized that I’ve never seen myself in literature like that before. The lighthearted Filipino culture, the close-knit family bonds, the gossipy titas, the quarrelling cousins… all of them feel so accurate. As a Filipino, I feel at home between the pages of Arsenic and Adobo; it warms my heart that my culture and traditions take center stage in this series.

And ah, don’t forget about the food. The breakfast meals, the merienda, and the desserts mentioned are all part of my childhood. Just reading the descriptions of the dishes makes me hungry.  So it’s really a boon that the author put the recipes at the back of each book. Speaking of which, Blackmail and Bibingka, the third from the series, came out last week, and as usual, there are recipes included there.

All the recipes in the books, however, are not enough — just an appetizer to the main course. So here is a list of essential Filipino cookbooks to pick up after devouring Arsenic and Adobo and the rest of the series. If you’re dying to try Lila and Tita Rosie’s mouthwatering dishes, then this is your chance to be able to cook them from your home. And if you’ve been wanting to try Filipino cuisine for a while, here’s your opportunity to do so! 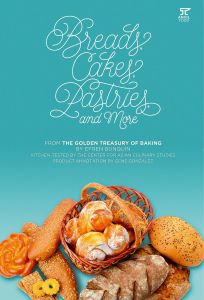 Breads, Cakes, Pastries, and More: From the Golden Treasury of Baking by Efren Bunquin

In Homicide and Halo-Halo, the second book from the series, Lila bakes goodies for her loved ones and even gives free samples as a promo for her café business.

If you’re a sweet tooth like her, this baking cookbook is all you need. Breads, Cakes, Pastries, and More contains recipes of traditional Filipino treats, including three recipes of the popular pandesal, a Filipino breakfast bread roll that regularly makes an appearance during hot meals and murder investigations in the books. There’s a crispy crusty pandesal, pandesal de Baliwag, and home-baked (soft) pandesal. You’ll love them! 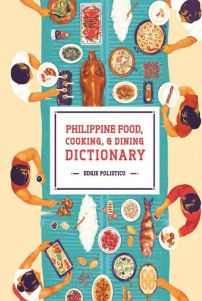 If you love trying new food experiences, perhaps you’ve already picked up a Filipino cookbook but you’re somewhat lost because of the language used. Even I didn’t know that there are many variations of lumpia, a favorite dish of the Filipino American community. And I wouldn’t have known if I didn’t check out this book.

Philippine Food, Cooking, & Dining Dictionary is an essential reference if you’re getting started with Filipino cuisine. Though it’s not really a cookbook, it has all the terms used in a typical Filipino kitchen. The entries are heavily researched and detailed when it comes to the ingredients used in a particular dish. The author even uncovers many dishes that don’t appear in many Filipino cookbooks.

To put it in his words, “it does not serve merely as a reference but it also helps preserve and share Pinoy food culture, traditions, and practices.” 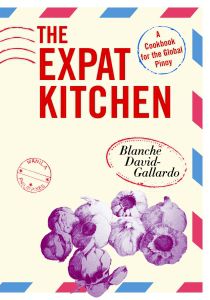 The Expat Kitchen: A Cookbook for The Global Pinoy by Blanche David-Gallardo

In Arsenic and Adobo, Lila and her family solve crimes together over hot plates of traditional Filipino breakfast, aka silog meals. Lila’s dog is even named after a breakfast dish called longganisa. Now it’s your chance to be able to cook these dishes.

“Filipino food is as European as Spanish paella, as American as hotdog, and as Asian as Chinese,” writes the author. Filipino food is east meets west, according to her, and that statement reflects in these traditional breakfast meals. Some recipes in here include longganisa, beef tapa, tuyo, ensaimada, and so much more.

The Expat Kitchen is written for the Filipino diaspora in mind. It’s the perfect cookbook for kababayans who miss food at home. 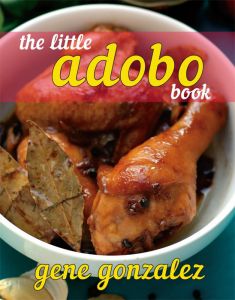 The Philippine adobo, which has origins from Spain, is one of the most popular Filipino dishes internationally. In August, even internet comedian Uncle Roger criticized American chef Geoffrey Zakarian’s way of cooking said dish.

In The Little Adobo Book, the author lists different ways in which to cook adobo — correctly and authentically. There’s the basic adobo, adobong bibe, chicken pork adobo, adobong kangkong, and a lot more specific variations. It’s a handy little cookbook for Philippine adobo lovers, and for anyone who wants to get it right (as they should). 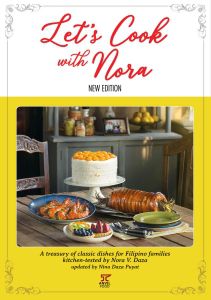 Nora Daza was a culinary icon in the Philippines, and this book of hers is considered a classic in the local culinary literature. In it, she covers different kinds of Filipino food, be it soups, fish, seafood, beef, chicken, pork, vegetables, rice, noodles, pasta, cakes, pies, pastries, or cookies, among others. It also has a section for Filipino merienda, just like what Lila and her family eat in the series. Sample merienda foods include ginataang halo-halo, leche flan, and buko pie.

If you only want one Filipino cookbook that covers many types of dishes, then this is it. 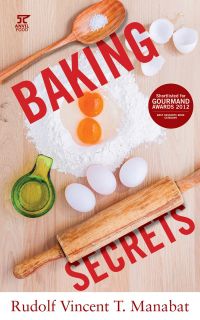 This is another baking cookbook by a Filipino author. In here, the author covers easy-to-bake recipes and also the challenging ones. “Fully understanding the basics will help you see the value of each ingredient. Before you know it, you’ll be baking your food from scratch,” he writes.

In Baking Secrets, you can find recipes of traditional Filipino breads such as pandesal and ensaymada, and desserts such as maja blanca, bibingka cassava (Blackmail and Bibingka’s title comes from this), ube, and other treats. It has a different set of recipes from the aforementioned cookbooks, so it’s a welcome addition. 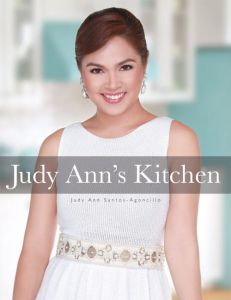 This Instagram-worthy cookbook is written by a local celebrity who happens to love to cook. In it, she has recipes of dishes that revolve around her life — the ones she grew up with, the ones she cooks for her husband and child, and more. “There’s something about preparing meals for the people who matter in your life. You can show your love and care for them by simply sharing the food you prepared with your heart,” she writes. Similarly, that’s how Tita Rosie from the series shows her love to her family: by cooking them food.

In this cookbook, some recipes include Filipino merienda staples like chicken sopas, lumpiang shanghai, ginataang halo-halo, champorado, and others. There are also recipes for the health conscious.

Judy Ann’s Kitchen is part cookbook and part memoir, and it has lots of notes and cooking tips from the celebrity-food writer. 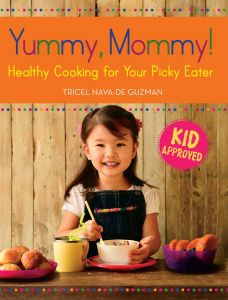 Most recipes in cookbooks are prepared for adults, but thankfully, this one’s different.

In it, the author cooks up Filipino recipes for children and offers some advice to appease picky eaters. Most recipes feature Filipino vegetables that include brown rice chicken lugaw (rice porridge), hearty corn and malunggay (horseradish) rice soup, fish cakes with sitaw (string beans), scrambled egg with spinach, and other healthy meals especially prepared for kids.

If you want to find out more about the Philippines, I’ve written listicles that cover different genres such as these five must-reads of Philippine literature. And if you want more foodie fiction like Arsenic and Adobo, here are 8 Mystery Novels Revolving Around Food.