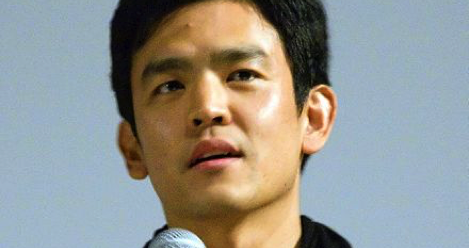 I follow John Cho on Twitter. In keeping with that timeless adage “never meet your heroes,” I usually don’t follow celebs online. (The internet age version of this is “never follow your faves online in case they tweet some inane shit and all your dreams are destroyed.”) John Cho is one of my few exceptions to the rule because, well, look at him! He’s easy on the eyes, a great actor, and not afraid to call out racist BS. What’s not to love? But every time he tweets, I feel a twinge of sorrow. I see his name on my feed, remember the TV show Selfie, and have a technicolor flashback to what could have been. We could have it all—an adorable romance with an Asian American leading man!—but no. For those not in the know, Selfie is a modern tale in the same vein as the play Pygmalion and My Fair Lady: One hapless lady in need of guidance plus one stuffy yet handsome dude who can transform her into what society expects her to be. Romantic shenanigans ensue. (Also, some sexism. But I like to think that Selfie had less of that.)

To this day, it still breaks my heart that Selfie was cancelled. In recent years, plenty of people have fancast John Cho in famous Hollywood films using the hashtag #StarringJohnCho by @its_willyu, but I think we can go further than that. I just bet John Cho, like Lucy Liu, would knock it out of the park portraying your literary classic fave.

Want a few examples? No? Too bad, you’re getting some. First off, John Cho has a great stormy face. (This is a sentiment I will definitely regret writing in the future.) If Netflix is looking to develop an adaptation of Wuthering Heights, maybe consider casting Cho as the brooding and vengeful Heathcliff? You’re welcome. I’m a genius. 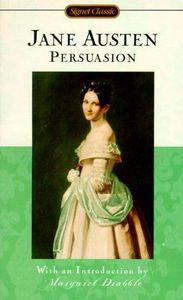 On a lighter (but still brooding and manly) note, how about Captain Wentworth from the Austen book Persuasion? Captain Wentworth—he of the famous line “I am half agony, half hope“—is a total heartthrob, and therefore suited for John Cho to portray. Honestly, John Cho would be perfect as pretty much any Austen hero. (Lucy Liu would also be perfect as any Austen hero or heroine.)

Speaking of books from around that general time period, let’s throw Jane Eyre into the mix. As much as I like to not think about Jane Eyre (it’s just so sad! and kind of bizarre), John Cho would be pretty cool as a grouchy yet passionate Mr. Rochester. Also, shoutout to the modern Korean American retelling of Jane Eyre that is Re Jane by Patricia Park! It’s an A+ read, and super underrated. You should read it.

And to round out this list, here’s one more classic that John Cho would be stellar in: Frankenstein. I mean, come on. Think about it. Victor Frankenstein creates his monster, and as the story progresses, struggles with his decision and the consequences of his act of creation—all while becoming more and more monstrous himself. Ultimately, you have to ask, who is the real monster here? This is the kind of conflict that I bet Cho would excel at portraying. It’s meant to be, I’m telling you.

Hollywood, and media in general, needs to do a much better job at Asian representation. (Like, obviously.)

Every time Hollywood churns out another mediocre whitewashed movie—’sup, Ghost in the Shell!—it’s just another slap in the face. I dream of the day when the script is flipped, and Asians are everywhere in your fave literary classic adaptations and Hollywood blockbusters.