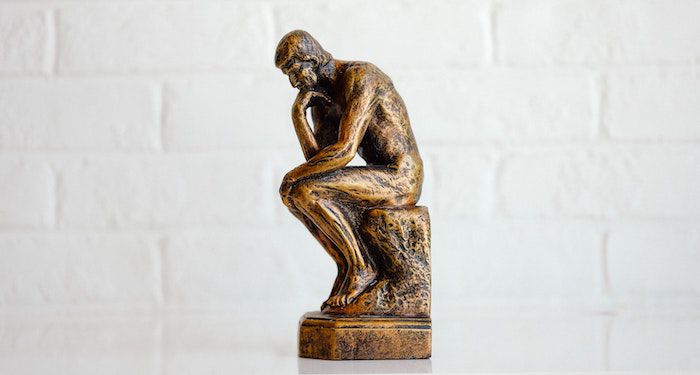 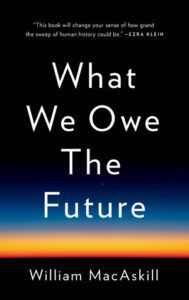 In What We Owe The Future, Oxford Philosopher William MacAskill argues for longtermism, that idea that positively influencing the distant future is a key moral priority of our time. From this perspective, it’s not enough to reverse climate change or avert the next pandemic. We must ensure that civilization would rebound if it collapsed; counter the end of moral progress; and prepare for a planet where the smartest beings are digital, not human. Astonishing numbers of people could lead lives of great happiness or unimaginable suffering, or never live at all, depending on what we choose to do today.

I got a Bachelor’s of Science in Anthropology, which means I like to joke that I essentially got a degree in being ethical. When your field focuses on studying humans, especially human remains, and also has a history of being complete assholes to non-white cultures, you kind of go hard in the opposite direction when teaching the next generation.

Besides, ethics are a human creation, and a large part of anthropology is studying human creations and systems. There’s so many schools of thought when it comes to ethics, stemming all the way back to the earliest human civilizations. The oldest source of ethics is said to be Ancient Greece, and that’s certainly the foundation of Western ethical thought and study, and where the word originates as well. But don’t let that lead you to believe they were the first ethical society, they’re just the earliest instance we have so far of people putting serious thought into ethics. And it’s only grown from there.

There are now a lot of ethical schools of thought out there, more than just Socrates, and it can be a little scary to try to get through them, especially considering the jargon they use. So, here I’ve put my degree to good use by collecting some books on ethics, written with the common person in mind, to help get you started with ethical thinking. 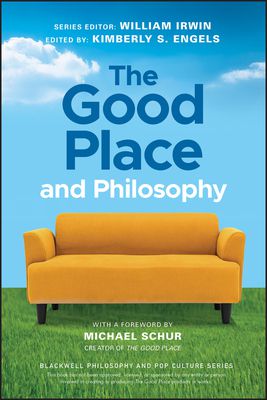 The Good Place and Philosophy: Everything is Forking Fine! edited by Kimberly S. Engels

The Good Place was a lot of people’s introduction to the study of ethics. It got a lot of them thinking, considering the way we treat each other, the way our society enables us to treat each other — maybe even for the first time. Part of the Blackwell Philosophy and Pop Culture series, this book is a deeper dive of the ideas shared in the show. It collects essays that dig deeper into things like “The Trolley Problem,” contractualism, moral imperative, virtue ethics, and what the show really gets right about what it takes to be a good person. 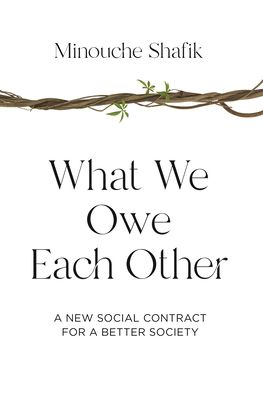 What We Owe Each Other: A New Social Contract for a Better Society by Minouche Shafik

Written by the current head of the London School of Economics and Political Science, consider this book to be an update to T.M. Scanlon’s book by the same name. Shafik looks at the world as it is today, filled with technology and complexities, and talks about why so many societies are now beginning to fail. But she also talks about how we can fix it, going through each stage of life from childhood to retirement and applies social contractualism to update the systems we have in place now. We don’t have to keep living shackled to the values and systems by those who have long passed. A heads up about this book, however: it is fairly capitalistic in basis, and does not bother to really look for solutions outside that framework. 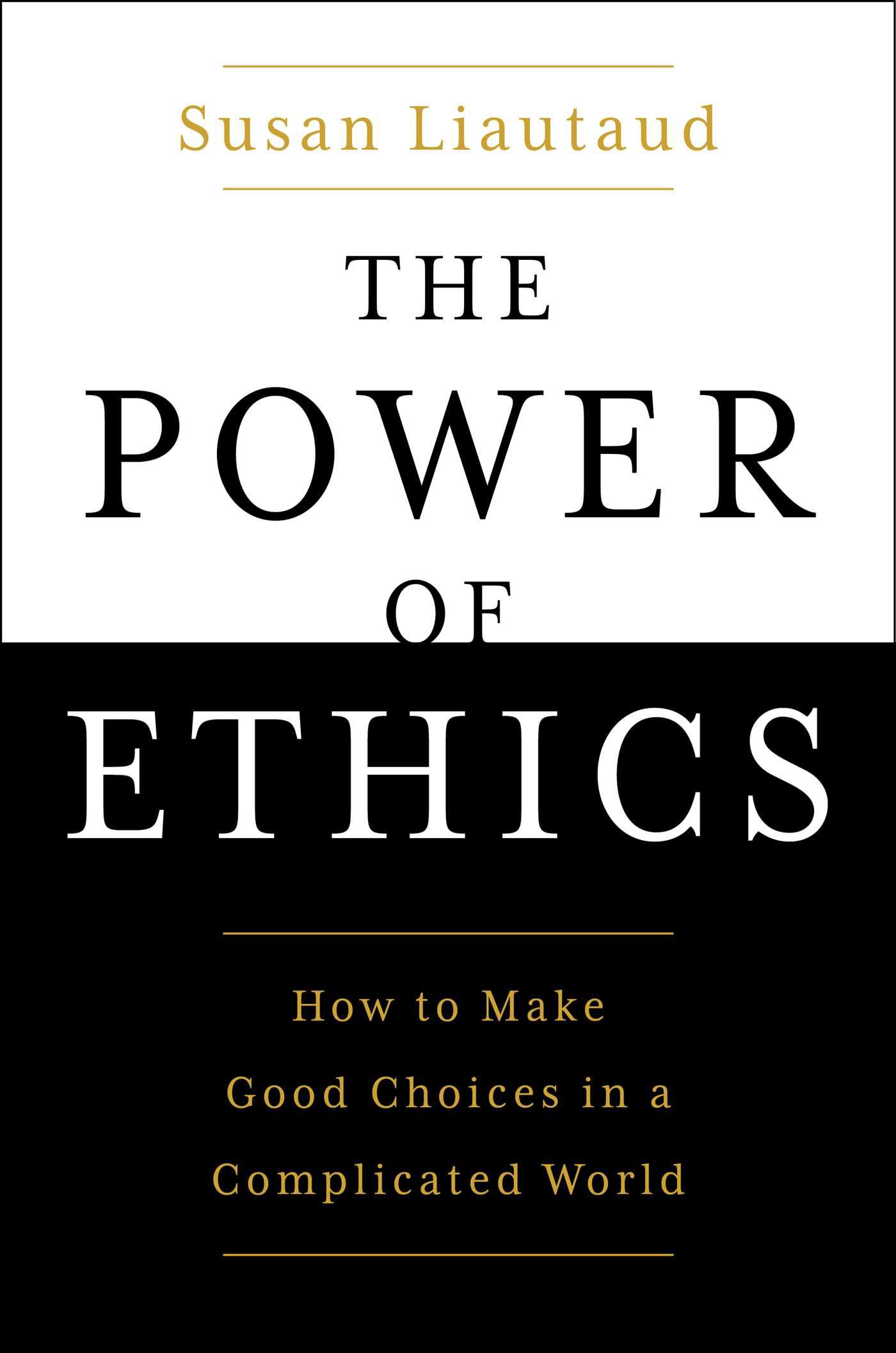 The Power of Ethics: How to Make Good Choices in a Complicated World by Susan Liautaud

As I’m sure you’re well aware, it is difficult to make choices these days that are truly non-harmful. You switch your cafe/restaurant to using non-plastic straws because you’ve been told that’s what you can do to help the environment, but now some disabled customers are unable to drink from their cup. You get an electric car to try to cut down on vehicular emissions, and you end up supporting a company with unsafe working conditions. Besides, how can you be expected to save the world when those who actually have the power to do so blatantly ignore what they can do to actually help? That’s where this book comes in. It provides a guide to navigating ethical conundrum, showing that not everything is black and white, that there won’t be easy yes and no answers, all using real world examples and experiences. 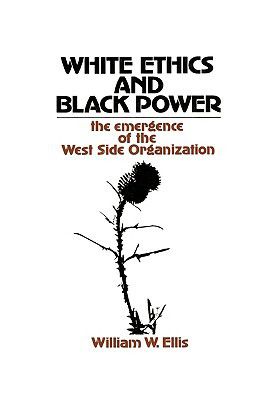 White Ethics and Black Power: The Emergence of the West Side Organization by William W. Ellis

It is easy to determine what is ethical and just when your group is the one that holds the most power. And this was incredibly clear in the 1960s in the United States. White Ethics and Black Power follows the creation of the Black power political groups during this time, specifically the West Side Organization, that grew in the disparity of white ethics and Black needs. Written by an ex-member and previous professor at Northwestern, the book even goes so far as to call out non-participatory social science, saying that there is always a moral commitment to someone, and the scientist has the duty to make that commitment clear. This book is one of the only ones that goes deep into Black and white relations, and how to fix them, and is definitely one to read if you are committed to being part of the meaningful change that is necessary for us to no longer be a racist society. 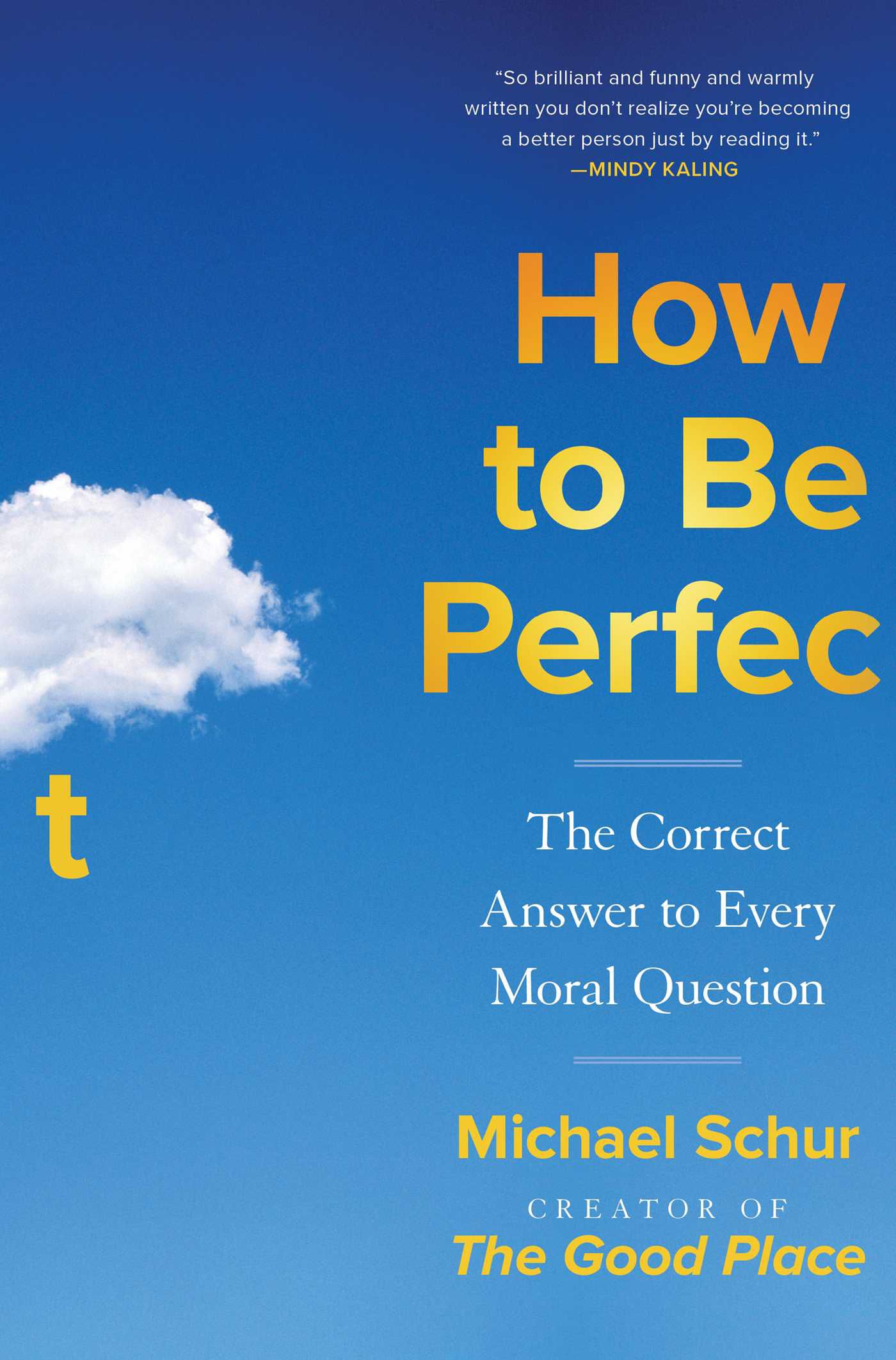 How to be Perfect: The Correct Answer to Every Moral Question by Michael Schur

If The Good Place and Philosophy was a deep dive into the TV show, this book could be a continuation of it. Written by the show creator himself, it starts with the simple ethical conundrums, the slow ball questions where saying yes just means you’re a jerk, and builds up from there to better teach ethical concepts that you can implement in an attempt to be a better person and do the most good you can in the world, no matter how small that good thing is. It’s always better to do something. After all, what else do we owe each other? 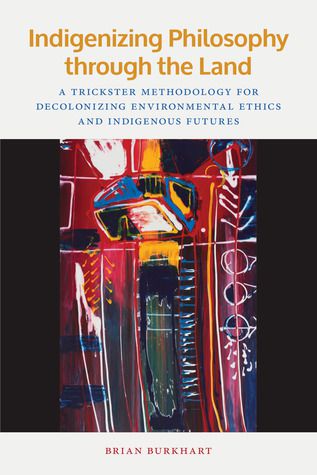 Indigenizing Philosophy through the Land: A Trickster Methodology for Decolonizing Environmental Ethics and Indigenous Futures by Brian Burkhart

I know I said I was going to choose books that were written with common people in mind, and this book is really edging more towards a textbook, BUT it’s still important to pick up and read, especially if we truly wish to become anti-colonial and more towards Indigenous tribes being recognized as sovereign — especially as we fall deeper and deeper into a climate crisis that needs to be taken action against now. This book takes the framework of Indigenous environmental ethics and brings them to Western philosophy, challenging the colonial way of thinking. It will certainly change your way of thinking. 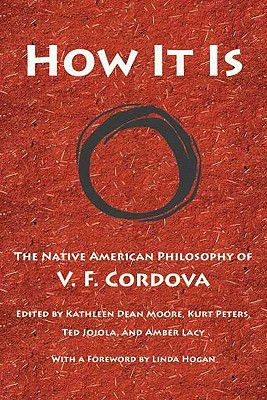 How It Is: The Native American Philosophy of V. F. Cordova by V.F. Cordova

Viola Cordova is the first Indigenous woman to receive a PhD in philosophy, and after becoming an expert in Western Philosophy, she turned her focus to defining an Indigenous philosophy. This book is the result. It’s comprised of essays, broken into three parts, laying Indigenous philosophies out next to Western ones. The first section lays out her understanding of reality, the origins of it all, and the way culture and language plays a role in everything. The second covers our role as residents on Earth and the relationships we make. Finally, she asks us to no longer draw a line between the mundane and sacred, to look at the world with a new reverence. 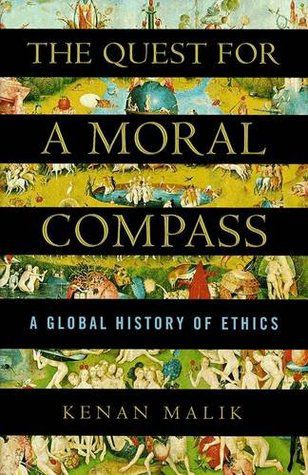 The Quest for a Moral Compass by Kenan Malik

If you were ever interested in the history of ethics, this is the book for you. It bounces from culture to culture, laying out how ethics have developed and changed over millennia. It covers all the famous philosophers over the years, not just the notorious Ancient Greek ones, but Chinese, Indian, and even modern American philosophers. It goes into the way these ethical schools of thought came about as well, and the social and political influences that shaped them. Are there absolute moral truths? As a moral particularist my answer is no, but I recommend reading this book to come up with an answer of your own.

If these books have only just started your journey towards being a better person and making more ethical choices, then I recommend checking out Chidi’s Reading List, some philosophy books for beginners, or, if you’re in a more fictional mood, then maybe some of the greatest works of philosophical fiction.