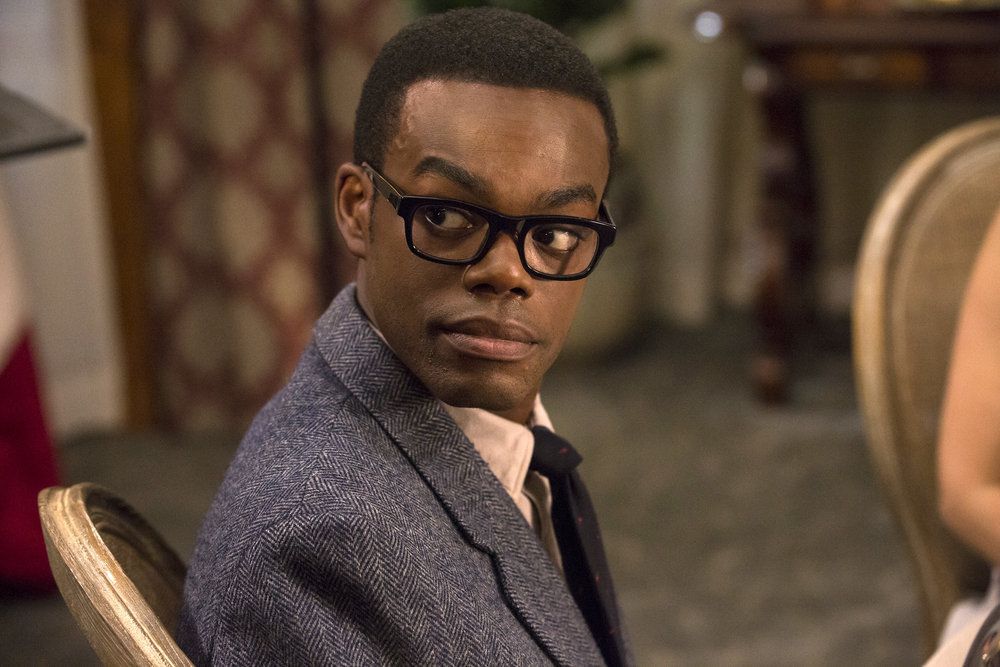 I took one class on Philosophy in college, so, like Eleanor in The Good Place, Chidi is solely responsible for my education in ethics. 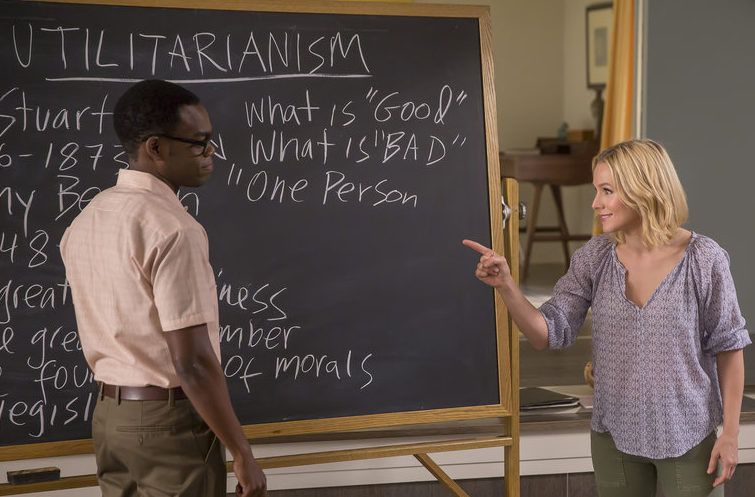 I’ve thought more about ethics since I started watching The Good Place than I’ve ever thought about ethics before. I’m now convinced we need to put more focus on ethics and philosophy in education. I would like to point to our current President as a really good indication of the need for more thoughtfulness in this country.

But I love The Good Place because it’s smart without trying too hard. The characters talk philosophy, while still remaining grounded and relatable. Chidi is paralyzed by his knowledge of philosophy, unable to make even simple decisions, while Eleanor and Michael are improved by their newfound knowledge, and become better people (well, “people” in Michael’s case) than they were before.

Anyway, I’m pretty sure The Good Place is just a front for some secret philosophy lobby or something, because the show’s got America talking philosophy and ethics, which is pretty awesome.

Now, Chidi tosses around a lot of names and a lot of ideas that are not always specific to any certain text, but I went back through the shows and scoured the Internet to make a pretty comprehensive list of the books and philosophers discussed by Chidi in The Good Place. There are a lot, and a lot of them are pretty old, and most of them are by white dudes, but their thinking is still relevant.

Anyway, what the fork, let’s do this already…

a Chidi-inspired Reading List on Ethics, Death, and Choice 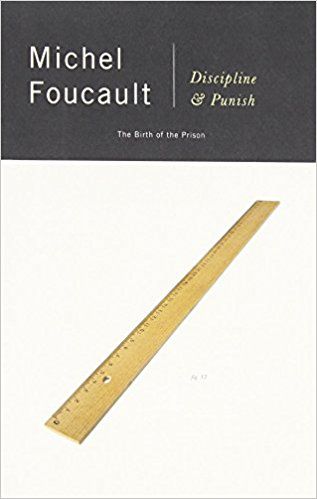 Discipline and Punish: The Birth of the Prison and Madness and Civilization: A History of Insanity in the Age of Reason by Michel Foucault

Foucalt was definitely mentioned by Chidi. I don’t know that he mentioned these texts in particular, but I thought that they both sounded fascinating. Especially Discipline and Punish, which describes the evolution of punishment from torture, which punished the body, to imprisonment, which punished the soul. In this day and age, with prison reform on the mind, I think this would be a very relevant book to read and discuss.

The first book is about language and how an interest in the meaning of language makes us human. The second book is about thinking, and that “true” thinking is thinking about Being.

Oh, so apparently this guy is credited as being the first existentialist philosopher, and, let me just tell you, existentialism has been my jam since reading Jean-Paul Sartre’s No Exit in college. So, super stoked to try Kierkegaard.

A Treatise of Human Nature by David Hume

This one sounds like it’s all about being human. How we first develop human concepts like right and wrong and cause and effect, and how we develop our own understanding of self. I feel more in tune with myself already. 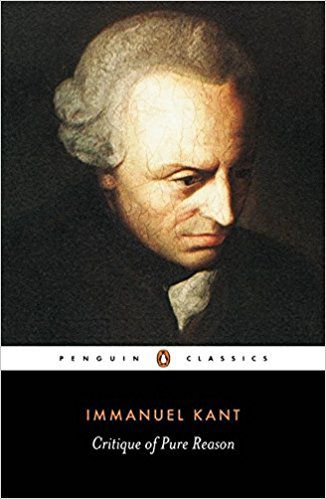 I don’t know why, but the idea of metaphysics alludes me. I try hard to get it, but I don’t. Maybe I don’t get it because I’ve never read Kant. In Kant’s own words, he’s looking for the supreme principle of morality. Me too!

The Republic and The Trial of Death of Socrates by Plato

Okay, I’ve taken Philosophy 101, or whatever it was, so I’ve read Plato. From that class I especially remember reading the Trial and Death of Socrates. I also remember the Allegory of the Cave—maybe not so much the meaning, but I definitely remember my professor drawing a picture of a cave on the whiteboard.

The Nicomachean Ethics by Aristotle

Aristotle writes about happiness. Where does happiness come from, and how do we achieve it? I like this. He also discusses virtue and the relationship between virtue in the individual to society and the State.

Utilitarianism was Eleanor’s favorite theory, because she thought is was the most simple. Which it might be, but in action it can be very cruel. Utilitarianism says that actions are right if they benefit the majority. In fact, John Stuart Mill’s book is a lecture Mill gave defending capital punishment. So, you see: cruel.

If something is wrong, why not do it? How do we even know if something is right or wrong? What’s the basis from which we build our system of values? Doesn’t this sound like Chidi? An endless chain of questions with no real answer.

Ethics Without Principles by Jonathan Dancy

Oh my, this one’s deep. I’m not sure I get it. I think, if actualized, this theory could change our laws and judicial practices, because it seems to put more of an emphasis on the ambiguity of morals, than the rigidity of principles. Yeah, wow, I don’t know, but my mind is blown. How’re you doing?

The Song of God Bhagavad Gita by Prabhavananda

This one is about a guy on a battlefield having a conversation with Krishna. It is one of the cornerstone texts of Hinduism, and about the human condition.

Death by Todd May

This book looks death in the face and says: AND? Well, kind of, because it seems that’s all philosophers get down to doing, but this book does try to make amends with the fact that we’re all going to die, and what that means for our daily lives.

“I just ethics’d you in the face, Chidi!” said Eleanor in season one of The Good Place, and me now that I’ve made this list.

My brain hurts. I hope yours doesn’t hurt too much. For more juicy The Good Place bookish stuff try: a list of romance novels for characters in The Good Place.