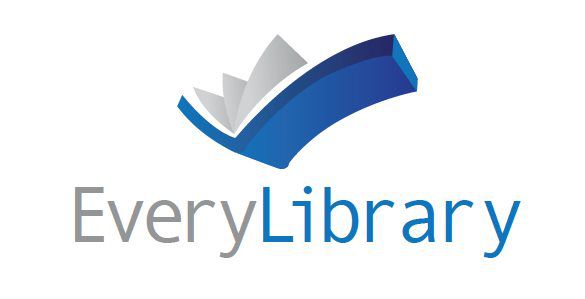 It’s National Library Week here in the U.S. In addition to highlighting the power of the library throughout the week here at Book Riot, we wanted to also raise awareness of—and funds for—an organization doing good on behalf of libraries throughout the country.

EveryLibrary is an organization that serves libraries of all varieties—school, public, college—by helping them win bonds, tax referendums, and stable funding through on-the-ground, local political action. This non-partisan organization’s goal is to sustain libraries for the communities in which they exist.

Where Does The Money Go?

Funds raised by EveryLibrary are used to raise voter awareness of library issues in the communities where initiatives are up for vote.

Here are a few of their recent success stories:

We are very happy to report that the voters in Ferguson, MO approved new, sustainable levy funding for the Ferguson Municipal Library yesterday (April 3) with a 66% Yes vote! EveryLibrary is proud to have worked closely with director Scott Bonner, his staff team, and their board for over 2 years to help shape the library’s Informational Campaign to Ferguson voters. We want to congratulate the Vote Yes for Ferguson Library Committee on their Get Out the Vote campaign, and are very happy we could support their strategy and tactics. Passing this levy is a ringing endorsement by the town of Ferguson in support of their library and their own future.

We’re so happy to report that the vote to keep the library in Potomac, IL. open passed! EveryLibrary worked with the Vote Yes Committee there for several months in preparation for Election Day.  The ballot question was about the basics: keeping the doors open and the lights on at library.

We are so excited to get the monthly “Library Construction Updates” from the team at the Henrietta (NY) Public Library. Last year, EveryLibrary supported their amazing board and staff team in planning and executing a very effective Informational Communications Campaign in their town.

Almost two years ago hundreds of people took action and signed a petition on EveryLibrary’s platform to stop the cuts to the school libraries in South Orange, New Jersey. Last night the South Orange/ Maplewood Board of Education voted to hire a second full time certified librarian for the High School. This action means that all the cuts that first occurred in the Spring of 2016 have now been restored! THANK YOU!!!

Not only do both Middle Schools now have full time certified librarians, but the High School now has two librarians and extended hours after school. We were also able to fight for the restoration of budgets for each of the school libraries.

You can make a one-time donation here or set up a recurring monthly donation. Please note that EveryLibrary is a 501(c)4, meaning that donations are not tax deductible. All disclosures and further information is available on their donate page.

In addition to monetary donations, EveryLibrary has a shop set up, filled with fun bookish stickers, t-shirts, and more. Purchases help support their efforts as well.