Joker has been nominated for eleven Academy Awards this year. Eleven, including best picture. More than any other film that was released in 2019. Enough people think Joker was better than Parasite, better than Jojo Rabbit, better than Little Women to get it on the slate. That a movie with this official synopsis is the best Hollywood could do:

In Gotham’s fractured society, a young man longs to be a stand-up comic, but finds the joke is always on him. Caught in a cycle of apathy, cruelty and ultimately, betrayal, the comedian makes one bad decision after another, bringing about a chain reaction of escalating events.

Cinema Blend even ran a post with the headline “Joker’s Oscar Nomination for Best Picture is a Bigger Feat Than Black Panther’s.”

Among the reasons cited: Joker isn’t a Marvel movie and “Joker Brings Everything Full Circle With the Dark Knight.” 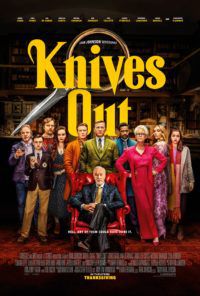 Point the first: the Academy only determines what’s considered a “credible” or “legitimate” film if you let it. My favorite film of the year is Knives Out, which isn’t even nominated for best picture (though Rian Johnson is nominated for best original screenplay). I enjoyed Endgame. I will die on the Shazam defense hill. I have limited time and resources to watch movies and I’m not going to look back at time spent watching The Irishman and wonder what I could have been doing instead. I will, however, watch Zachary Levi gleefully catch a bus because it makes me happy.

Point the second: My peeps, my geeks, Joker did not retroactively “lend credibility” to The Dark Knight or to comic book movies as a whole. Comic book movies had plenty of legitimacy before (see preceding point). If you must base that credibility on the evidence of the Academy: Black Panther was nominated for seven Academy Awards, was the first comic book movie to be nominated for Best Picture, and was the first MCU film to win an Academy Award (Best Original Song). Several others have received nominations for FX, costumes, make up, and other technical achievements. One (spoiler for point the third) even won a Best Supporting Actor statuette. So you can pack that nonsense and go home.

Point the third: No, the The Dark Knight wasn’t nominated for Best Picture. Because it was up against films like Slumdog Millionaire and Milk. Is the Dark Knight good? I like it. I’ve seen it a few times. Was it the movie I liked most of every movie I movied in 2009? It was not. But dear Joker fans, you’re overlooking one, very important fact when when you claim this year’s film completes some sort of circle: The Dark Knight did win an Oscar. Best supporting actor. Heath Ledger. For his portrayal of The Joker.

Let’s talk about some comic book/superhero movies more deserving of Oscars than Joker.

Yes, M. Night Shyamalan’s body of work is inconsistent at best, but Unbreakable? Unbreakable was a masterpiece because it placed superheroes and supervillains squarely in a reality only slightly removed from our own. The characters, the conflict…with only a tiny suspension of disbelief, the story of David Dun (Bruce Willis) and Elijah Price might be playing out on your local evening news. Unbreakable is also one of those rare beasts that can fully embrace its core while simultaneously dissecting and examining that same core.

Unbreakable is technically part of Shymalan’s Eastrail 177 trilogy along with Split (2017) and Glass (2019). While the performances in successive films were fantastic, the two later were watchable and enjoyable but uneven so if you’re going to choose one, choose Unbreakable. 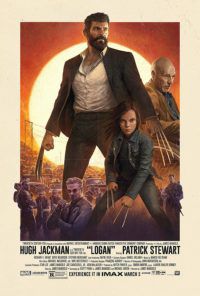 Logan was nominated for a single Oscar: Best Adapted Screenplay. It didn’t win. Sometimes I wonder if I’m the only person who saw this movie, because it was the movie Hugh Jackman’s Wolverine deserved. In fairness, if people are looking for spandex, bright colors, and comics’ most boring love triangle, Logan isn’t the place to find it. Mangold’s vision is dirty, cruel, gritty, and tragic, a complete departure from any of the other X-Men films which, to be honest, is probably one of the reasons I liked it so much. Like Unbreakable, Logan tosses remarkable people into a markedly mundane world and then gives the audience a very real idea of what would happen to such individuals in this, the worst timeline.

I don’t cry often during movies but I cried more than once during Logan. Actual tears, with my knees pulled up to my chest in my seat in the theatre.

It really should have, at the very least, won that Screenplay statuette.

Okay, hear me out on this one: Shazam was DC’s sleeper hit of 2019 and it doesn’t get nearly enough love. Zachary Levi clearly loves every moment he spends in the suit, all of the kids are great, and the humor is spot on. Shazam sparked joy and still does every time I watch it, and let’s face it: we could all use a little more gleeful hilarity. Is it a Best Actor or Best Picture nominee? It is not. But it had great effects and let’s also talk screenplay because this movie was absolutely bursting with huge heart. 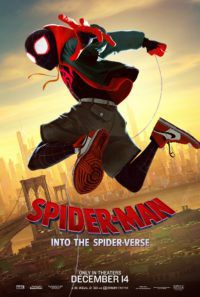 If we’re talking about “things the Academy needs to get over,” we need to pause and consider that in the 90 year history of the Awards, only three animated films have been nominated for Best Picture (Beauty and the Beast in 1991, Up in 2009, and Toy Story 3 in 2010). None of them have won.

Yes,  there is an award for Best Animated Feature Film, and last year it went to  Into The Spider-Verse. As it should have done. But why put animated films in their own corner and force them to stay there? Into the Spider-Verse was hands down the best movie I saw in 2018 (okay, maybe tied with Black Panther). I’ve spoken to a lot of people who feel the same way. Many of us agree it’s the best superhero movie made to date. And yet, like almost every other animated film, it got shoved in the “cartoon” box. I’m not downplaying its win; I would never downplay anything about a film of which Miles Morales’s leap of faith was a part. I think it deserved more.

Am I saying people shouldn’t watch Joker? Shouldn’t like it? I am not (see above). What I am saying, however, is that the mythos that’s been built around it is shaky at best and its importance inflated. We had great superhero movies before this one dropped and we’ll have more in the future (Spider-Verse 2, 2021), whether the Academy acknowledges them or fails to do so. I’ll take Miles Morales any day.