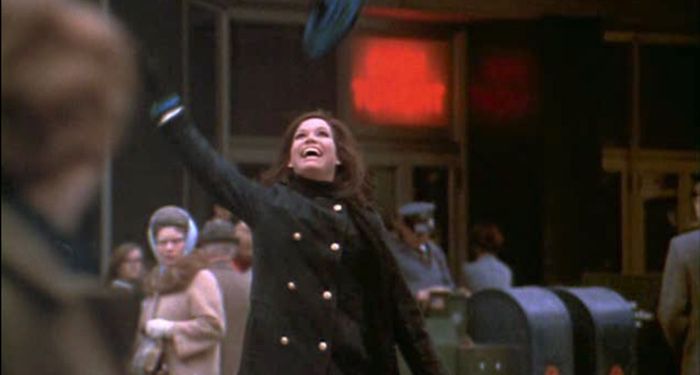 I feel confident in saying that I wouldn’t be where I am today without The Mary Tyler Moore Show. At the time of Moore’s death in 2017, I was an overworked college student lost in a sea of depression and anxiety, deeply unsure if the amount of stress and effort I felt my studies required of me was going to be worth it in the long haul of adulthood. (Spoiler alert: it wasn’t.) Having grown up in the golden era of cable television channels dedicated to reruns of “classic TV,” I indulged in a well-deserved Mary Tyler Moore marathon the weekend after she died and was instantly drawn into the ease and confidence as well as the fear and vulnerability through which Mary Richards lived life on the road less travelled by. As Decider wrote last year for the 50th anniversary of the series premiere, “If you watch Mary Tyler Moore in 2020, you’ll be surprised by how much it feels exactly like the TV shows we still watch today. The jokes are sharp, the characters are defined, the stories are relevant, the relationships feel real.”

For years after, The Mary Tyler Moore Show became my “safe” show: not only was I suddenly in recovery from years of untreated OCD where Mary and her friends were some of the only people who didn’t trigger intrusive thoughts, I also applied her wisdom and philosophies to my own developing adulthood and became a firm believer that just about any problem could be solved by clearing your schedule and watching MTM in bed all day. (Well, at least problems from a past life. Similarly, I credit Rhoda for getting me through some of the worst months of 2020.)

Despite the fact that The Mary Tyler Moore Show was groundbreaking television in countless ways, few good books dedicated to that fact exist. Multiple biographies have gone out of print, and it would appear that the current generation of young adults don’t model their adulthood off of Mary and Rhoda, as I did. Nonetheless, these five books are essential reading for any fan of Mary, her neighbors, and her cohorts at WJM News. To paraphrase Ms. Morgenstern: adult life, this is your last chance.

Note: Since Mary Tyler Moore’s lifetime was not a particularly inclusive one for people of color (or women, for that matter), few of these titles were written by authors of color and may not represent the diverse literary atmosphere we strive for here at Book Riot. 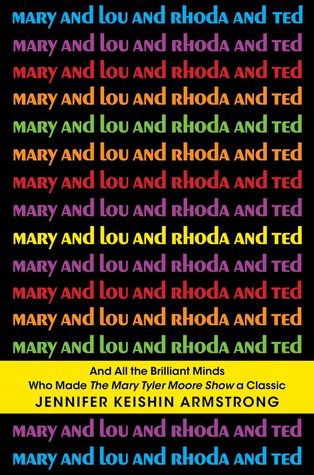 Mary and Lou and Rhoda and Ted: And All the Brilliant Minds Who Made The Mary Tyler Moore Show a Classic by Jennifer Keishin Armstrong

Although it may seem hard to believe now, network TV executives were wary when The Mary Tyler Moore Show was first pitched. Moore had made her name as Rob Petrie’s wife Laura for five seasons on The Dick Van Dyke Show and networks in the early 1970s weren’t thrilled at the premise of an edgy, divorced woman with a career. “Americans won’t watch television about New York City, divorcees, men with mustaches, or Jews,” the creators were told. But nevertheless, as future generations of feminists would come to understand, they persisted. In Mary and Lou and Rhoda and Ted, lifelong television enthusiast Jennifer Keishin Armstrong takes readers behind the scenes of a sitcom that would soon make history both on the screen and off it, and why Mary Tyler Moore became a guiding light for women in the 1970s and beyond. 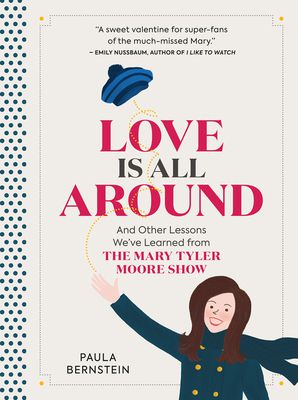 Love is All Around: And Other Lessons We’ve Learned from The Mary Tyler Moore Show by Paula Bernstein

Published in conjunction with the 50th anniversary of the series’ first season, this cute companion to the life lessons taught on The Mary Tyler Moore Show is a relevant reminder of the ways the series was both ahead of its time and why it still resonates with viewers today. Taking us through an analysis of the ways in which Mary Richards taught us how to “make it after all” throughout all seven seasons, Paula Bernstein’s Love is All Around also includes informative trivia and a look at the ways in which Mary inspired and influenced notable women who followed in her footsteps, such as Tina Fey, Oprah Winfrey, and Andrea Mitchell. Above all, the author wants to remember the ways in which Mary Tyler Moore broke ground for future generations, and why it’s worthy of another look now. 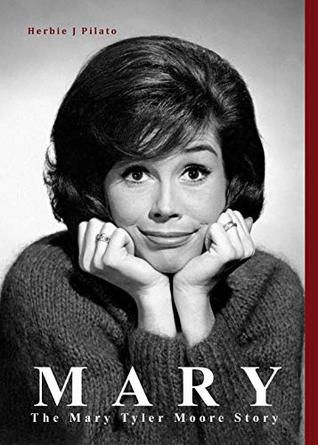 In this charming biography, author Herbie J. Pilato paints a portrait of a woman who didn’t necessarily set out to break down walls, but knew the work had to be done somehow. Although Moore was known for being a bit more conservative in real life, she was well aware what she was doing was important, regardless of whether it was funny. Offering a behind the scenes perspective of Moore based on interviews with Ed Asner, Gavin MacLeod, Carol Channing, and more, Mary: The Mary Tyler Moore Story takes us beneath the skin of a legend. 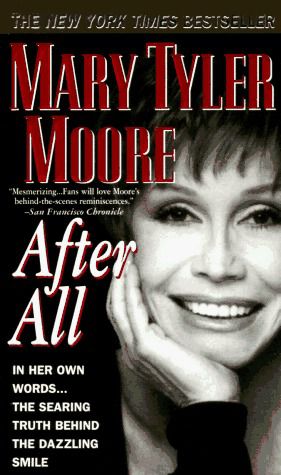 After All by Mary Tyler Moore

In this illuminating autobiography first published in 1995, Mary Tyler Moore tells the story of a life that made her into the woman we knew and loved. Covering her years on television, breaking new ground, her Academy Award nomination, and even her Broadway roots, After All also lets us into two failed marriages, a traumatic childhood, battles with alcoholism, and ultimately learning how to find faith and balance. She also spares no expense on the Dick Van Dyke nobody knew, working with Elvis in Change of Habit, how Carl Reiner taught her how to cry while being funny, how Robert Redford really felt about casting her in Ordinary People, Betty Ford’s inebriated appearance on The Mary Tyler Moore Show, and a phone call that saved her life. 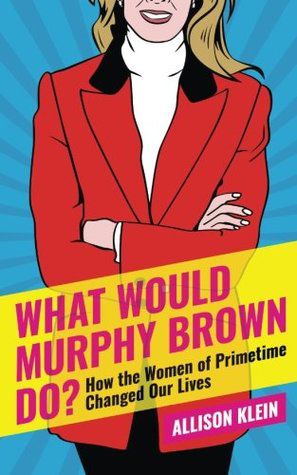 What Would Murphy Brown Do?: How the Women of Primetime Changed Our Lives by Allison Klein

Although not solely about Mary Tyler Moore, Allison Klein’s What Would Murphy Brown Do? is a fun, engaging, and behind-the-scenes look at some of the most iconic female characters on primetime television, considering how a wide range of female-centered programs from the 1970s to the present reflected new realities for women and in turn, how women met these opportunities head on — in the workplace, in their personal lives, and in society at large. Analyzing the trailblazing patterns of fictional women like Mary, Rhoda, Alice, Maude, Roseanne, and even Carrie Bradshaw, Klein unearths a universal truth surrounding television comedy and their fictional characters: although these women were full of foibles and follies, they portrayed many of the real-life situations faced by real-life women. And against all odds, they learned how to make it after all. (Or not, because that’s fine, too. Rhoda dropped her hat, picked it up, and just got on with her life. Starting to think she might actually be the better role model.)