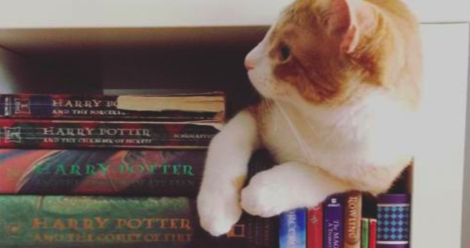 I thought I outgrew Tumblr, but lately I need a social platform that’s all pretty pictures and strangers. I need an escape from reality. In comes bookish Tumblr, or Booklr! It’s like bookstagram, but on Tumblr. Get it? There are so many out there, so here are some tip-top bookish Tumblrs to follow.

~*~*bookish aesthetic~*~*~ is so in vogue, and I’m in love with it all. These are only a few of my favorites. Be sure to peep the tags on Tumblr (booklr, bookish, book photography) to find even more pretty book pictures.

If you need even more booklr in your life, get over to the best Tumblrs for bookish types, must-follow Tumblrs for YA fans, and 25 more bookish Tumblrs. Happy tumbling!