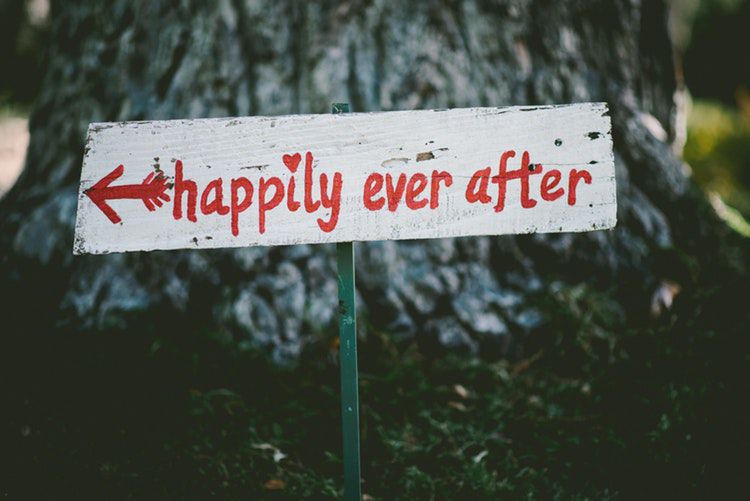 It’s hard to know where to start writing about Nora Roberts because…well she’s Nora Roberts. There’s not one best Nora Roberts book to start with. She’s written more than 225 romance novels, helped define and advocate for the genre, and written so so many of my favorite happily ever afters. Not only has she received a Romance Writers of America lifetime achievement award, in 2008 they renamed the honor to become the “Nora Roberts Lifetime Achievement Award.”

I found her by reading the massive collection my mom hid in boxes and under her bed. But for those without a romance expert for a mother, her backlog can be daunting. Remember when I said she wrote more than 225 books? Here is one of many possible pathways for readers and the romance-novel curious for working your way through her prolific collection.

Where to Start With the Best Nora Roberts Books: Contemporary Suspense

There are two places I see to start with Nora Roberts. And the one that makes the most sense to me are her contemporary suspense romance novels. These are what made readers fall in love with her in the 80s and 90s and are what many think of when they hear the name Nora Roberts. 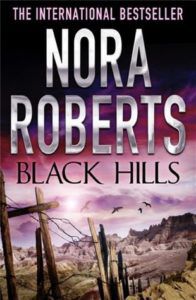 Black Hills is one of the best books to start your Nora Roberts journey. Cooper Sullivan spent every summer growing up on his grandparents’ cattle ranch in South Dakota, helping out and developing an intense friendship with Lil Chance—the girl next door. But when Lil developed stronger feelings for Cooper, their relationship abruptly ended.

Twelve years later, Cooper just quit his job as an NYC investigator and returned to South Dakota to run the ranch. Lil has followed her dream of becoming a biologist and setting up a wildlife refuge. But when small pranks on the refuge become violent, both their lives will be in danger. And with these old friends trying to track down and identify the killer—extreme cheesiness intended—Cooper and Lil will also be in danger of losing their hearts.

If this kind of suspense is your jam, follow up Black Hills with Birthright, featuring an ex-husband and wife archeology team on the brink of a major discovery when their sight becomes plagued by blackmail and a series of unexplained deaths.

Next or If You Don’t Like Suspense: Hit up One of Her Lighter Pinterest-y Home Renovation Series 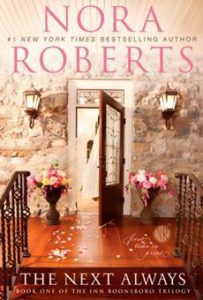 Start with the Inn at Boonsboro Trilogy featuring three brothers restoring a historic hotel on Maryland’s Eastern Shore. The first book in the series, The Next Always features Cameron, the architect of the family. He’s buried himself in work, but there is one woman he’s had a crush on since high school. Clare is a widowed mother of three young boys. She and Cameron both think they’re too busy for romance.

But as their connection grows beyond a teenage crush they begin building a new family together. After you finish all three books in the trilogy, you can go to the real life version of the Inn run by Nora Roberts and her husband. 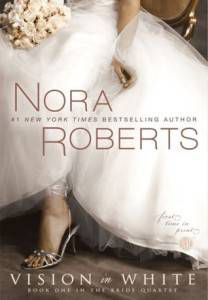 But when a dependable, adorkable high school English teacher enters the picture, he’s determined to change her mind. The next books follow the business’s florist, pastry chef, and chief planner/business manager as they find love. Get ready for some seriously dreamy discussions of table settings, first dance songs, bridesmaid dresses and more. 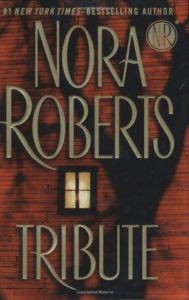 Okay, I’m only joking a little bit here when I say that Tribute is a perfect combination of both.

Cilla McGowan is a former child star looking for a new life restoring homes. Her newest project is saving the Virginia farmhouse her movie star grandmother lived in, before her overdose thirty years ago.

Cilla wants to lose herself in the project, but she keeps getting distracted by the graphic novelist who lives next door. Cilla is determined not to fall in love with Ford, because she thinks her family is romantically cursed. But she’ll need his help, when she discovers a box of letters that make it seem like her grandmother’s death wasn’t accidental and the murderer begins to threaten Cilla.

Midnight Bayou is also a great choice for a darker Nora Roberts home renovation book, although it’s a little more supernatural than suspenseful. As Declan Fitzgerald renovates a run down New Orleans mansion, he begins to believe local legends that it’s haunted.

He also begins to fall for Angelina, a woman with a mysterious connection to the house. 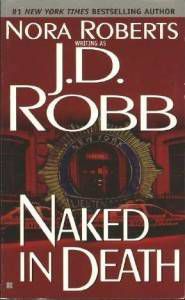 Under the pen name, J.D. Robb (funny because Nora Roberts is also a pen name), Roberts writes the futuristic, mystery In Death series. Start at the beginning, with Naked in Death. In a high tech, 2058 version of New York City, detective Eve Dallas is trying to solve the murder of a senator’s daughter.

All the clues point to an influential and ridiculously wealthy antique collector, Rourke. But Eve doesn’t think he did it. And that’s not just because she’s falling in love with him. And if you love this book, get ready for your TBR to explode. Because, there are fifty-nine—that’s right fifty-nine—books currently in the series. And J.D. Robb isn’t finished with these characters yet.

I feel like I’ve only scratched the surface of all the amazing Nora Roberts books out there. She also has a glorious arm of supernatural, more magic focused books like the In the Garden Trilogy, the Guardians Trilogy, and her Three Sisters Island books that are well-worth checking out.

Now it’s your turn. Hit the comments to share your picks for the best Nora Roberts books out there!