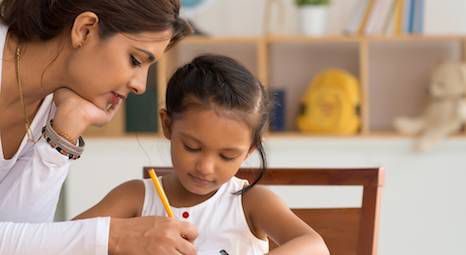 I was eleven when Harry Potter and the Sorcerer’s Stone came out in the United States and I first heard about 4 Privet Drive from the voice of my fifth-grade teacher reading aloud. For the first four books, Harry and I were the same age (something I bragged to my cousins about endlessly at Thanksgivings). I got a little ahead of him but was only nineteen when my high school best friend and I painted lighting-shaped scars on our foreheads and stood in line at our local indie bookstore for the midnight release of book seven.

When I started the series, I was still wearing cat leggings and playing with Barbie dolls. When I finished, I’d spent my first year away from home at college. In between, I’d spent my entire adolescence in step with my favorite book characters. I’d gone to midnight film showings, attempted to knit my house scarf, played  and argued about the minutiae of J.K. Rowling’s magical world with … well, with pretty much everyone. Because everyone was reading them. The series made reading cool, which didn’t make me cool but did give me something to talk about with people ranging from older kids at school to friends of my grandparents.

It shouldn’t surprise me that Harry Potter is still so popular with teens and preteens today. But somehow, even after a few years of teaching, it always does. Whether I’m teaching undergrads or five year olds, I generally begin my first class with the same question: what is your favorite book?

The number of kids, especially in middle school, that say Harry Potter delights me every single time I hear it. I thought without the book parties, without the endless lunch conversations about who was going to die in book five or internet message boards devoted to uncovering the identity of RAB, the story of the boy who lived would lose its luster. Because I naively felt like the series belonged to my generation, I overlooked the timeless appeal of the story and the world J.K. Rowling created twenty years ago.

Because many of my students do love them. And they don’t just love them, they love-love them. They write fanfiction. They debate the moral strengths and failings of Severus Snape, with the same vigor as my teenage friend group. They proudly tell me that they are Slytherclaws or Ravenpuffs (a genius hybridization of the Hogwarts houses, because like Walt Whitman we are all large and contain multitudes).

Too often, I make myself shush them after a student starts humming Hedwig’s Theme and one by one others join in. I love that you love Harry Potter, but your singing is distracting to other writers, I say. Sometimes, they listen. Sometimes, they don’t.

I get it. Fighting the all-consuming love for this magical world of wizards is an uphill battle. Frankly, it’s a battle I’m secretly glad I don’t always win. When I hear that tune, I still feel the thrill of seeing the characters come to life in the first movie, which I saw twice in the same weekend so I could go with both my family and my middle school best friend.

As a teacher, I try not to play favorites, but I fail that uphill battle myself when I’ve got hardcore Potter fans in my class. In Harry Potter and the Sorcerer’s Stone, Rowling writes, “There are some things you can’t share without ending up liking each other, and knocking out a twelve-foot mountain troll is one of them.” It turns out that reading and loving the same awkward, yet adorable, teenage wizards is another one of those things.