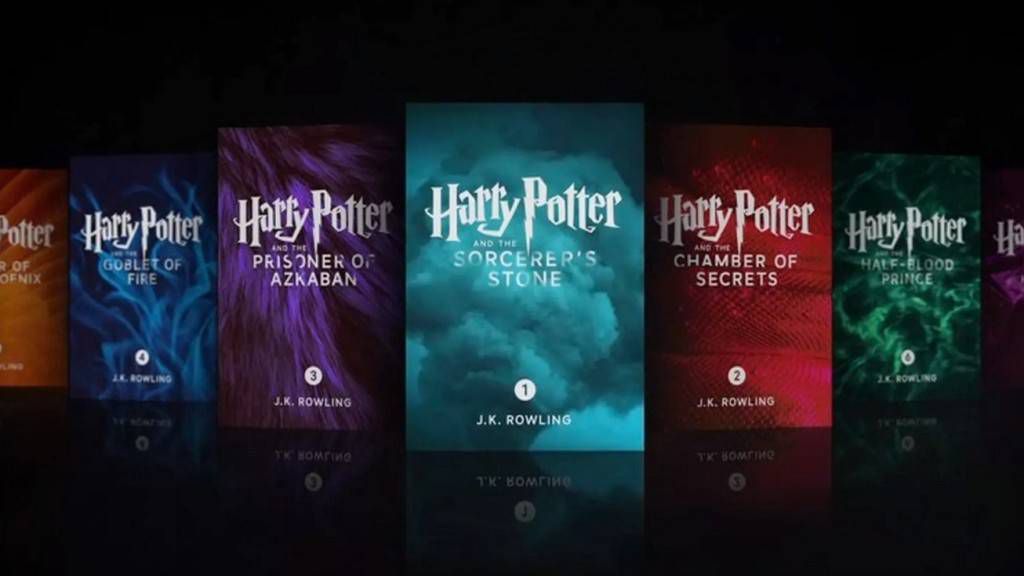 This is a guest post from Tara Olivero. Tara is a high school English teacher in northern Indiana who tries her best to promote a lifelong love of reading. If time travel were possible, she would go back in time and confess her undying yet platonic love for T.S. Eliot. She is an escape room enthusiast, Hufflepuff advocate, and Shakespeare fanatic, and her dream is to one day run her own zine. Follow her on twitter @taraolivero for much of the same.

I try to balance my personal life and my work life as a high school English teacher, but sometimes, when you realize that you’re the only teacher in your hallway who has read a complete Harry Potter book, you just can’t help but let some of your obsession shine through your typically calm veneer.

“I can’t believe it. I just… how? You must read them. Seriously, like… they’re not just books. They’re a lifestyle,” I babble to any of my colleagues willing to listen to my seemingly pointless rambling.

And yet as years go by, I’ve found that what I thought was universal was more specific to one generation than I previously thought. And it seems that despite numerous desperate attempts at persuasion, it’s difficult – if not impossible – for anyone born outside of the “Harry Potter Generation” to really understand the impact that these books have had on our transition into adulthood.

I joined the train a bit late – it wasn’t until Harry Potter and the Prisoner of Azkaban was already out that I joined the Harry Potter mania. But it seemed to have hit just at the right time for me. When I was ten, the first film was released. Watching that movie for the first time on the fancy VCR in my grandmother’s living room, my sister and I spread out on the shaggy carpet – because I was too young to see the film in theatres, or so my parents thought – I realized that this was what I had always needed but was unable to verbalize: Hogwarts was there within my grasp, if I could only reach out beyond the ridiculously thick television screen to reach it.

To clarify, I was not one of those children that censorship parents so deeply feared, those children who were so invested in the Harry Potter phenomenon that they would turn to witchcraft and bring about the End Times. But being a part of the generation who grew as Harry grew, and who had the privilege of seeing JKR’s precious words slowly come to life in a visual medium, afforded me an experience that was specific to a very small margin of birth years.

My slow trek through adolescent life continued to mirror the characters I so deeply admired. I was sixteen when the final installment of the book series was released, at which point our beloved protagonist was sixteen-going-on-seventeen himself. I saw his growth mirror my own – where Harry had struggled with friendships, romance, and betrayal, so did I, though on a slightly less heroic scale.

I grew up in the era when someone could ask, “What’s your house?” and their companion would immediately respond, “Ravenclaw!” (Though I do admit that the specific combinations of mixed houses – all Slytherpuffs and Gryffinclaws – is somewhat of a newfangled phenomenon in my own experience, though I know they’ve been around on HP forums and role-play groups nearly since the series’ inception.)

And now? Most high schoolers (at least in my area of expertise, which spreads throughout all of one school in northern Indiana) haven’t even seen the films, much less read the novels. Asking them what their house is will give you only blank stares. Trying to use Harry Potter as a basis for explanation of the “epic hero” trope to ninth graders only leads to confusion. “What’s the Cursed Child?” they ask, after hearing me discuss the upcoming release of the script of the new play with the one student I can depend on to sympathize with my excitement over new Potter news.

So not only do my colleagues refuse to embark upon the wondrous journey that is the realm of Harry Potter, but my students, too, have no clue what magic waits for them just underneath the covers of the books.

Am I one of those teachers who makes Harry Potter recommended reading, or who slips character references into assignments and sample sentences just for the heck of it? No, of course not. I can’t force people to read it, no matter how life-changing it was for me. And the more that I think about it, the more I think that no one should. I’ve got to accept that while Harry Potter will always be beloved by those who grew up with it, it’s tough for the books to mean the same thing to readers today, whether they’re young or old.

I don’t want to say that Harry Potter’s magic was limited. It’s perfectly possible for a seven-year-old in 2016 to pick up the Sorcerer’s Stone and be just as enchanted as I was on my first read. But I wish that seven-year-old could have the same comprehensive experience as I did, and it’s a shame, but I know that they won’t be able to.

The best I can hope for is that another phenomenal series will sweep the globe, promoting reading and imagination and the strength of love and friendship. A few have come close (Percy Jackson and The Hunger Games are close contenders). But Harry Potter? I think that was ours. And I really wouldn’t change it for the world.