The longlist for the alternative Nobel Prize, a literary award meant to be handed out instead of the regular Nobel Prize in Literature, is now available, nominating 47 Swedish and international authors. The winner will be selected from a shortlist that is the result of the global online voting that is taking place right now and closes on August 14. 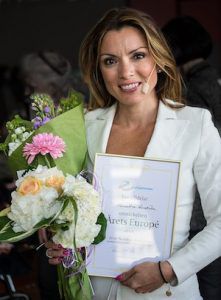 The alternative Nobel Prize in Literature is awarded by a Swedish non-profit organization called The New Academy (Den nya akademien). The New Academy was founded on the initiative of Swedish journalist and author Alexandra Pascalidou in April of this year following the announcement of the Swedish Academy that the 2018 Nobel Prize in Literature has been postponed until next year.

In an email to Book Riot, press person Emma Fastesson Lindgren explains that the longlist is the result of The New Academy reaching out to libraries all over Sweden asking librarians to nominate two authors each. The result was a list of 155 authors, which has been curated to 47 authors based on the number of nominations.

This list could not be more different from the names that are usually in circulation as the annual Nobel Prize season is ramping up.

The Longlist by the numbers

A breakdown of the longlist shows that there are thirty women nominated and seventeen men. Of these, there are eight women of color and five men of color.

Sweden and the United States have the most authors nominated with twelve authors each. In third place is the United Kingdom with five authors.

The American writers who are represented here are predominantly white, but they are not predominantly male. Of the twelve American authors nominated, only five are men, all of them white. Among the female authors we find a wide range of names, from Nnedi Okorafor and Patti Smith to Jamaica Kincaid and Donna Tartt. 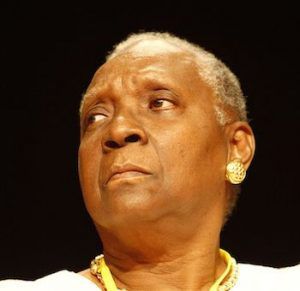 Statistics show that the Nobel Prize in Literature tends to lean white, male, and French. Here, too, the longlist deviates. France is represented by three authors: Édouard Louis, who fits the traditional mold, but also Nina Bouraoui, who is part Algerian part French, and Maryse Condé, who is from the French overseas region of Guadeloupe in the Caribbean.

This longlist is a representation of what authors and what kind of literature can be found in Swedish libraries today. It represents the current tastes of the Swedish reading public. Seen from a perspective outside of Sweden, Swedish librarians, as well as the reading public, seem to be more in tune with the state of international literature than is the Swedish Academy. 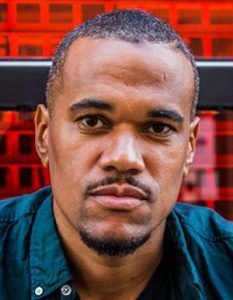 They are also in tune with the future of the Swedish literary scene. Among the nominees are Johannes Anyuru, a poet of Ugandan descent and the 2017 recipient of Sweden’s most prestigious national prize in literature, Augustpriset. On the list is also Jonas Hassen Khemiri, one of Sweden’s most prominent authors, who is of Tunisian descent. Moreover, among the nominees is Sara Stridsberg, radical queer feminist and author who resigned from her seat in the Swedish Academy earlier this year.

In Swedish media, The New Academy and its longlist have been received with a combination of silence and derision. News outlets that have covered the collapse of the Swedish Academy extensively have little to say. The odd columnist who has published a commentary has done so in short statements, claiming that the list and The New Academy are an embarrassment to Sweden, or that the only literary body in Sweden qualified to appoint a winner to an international award is the Swedish Academy. In other words, the Swedish Academy may have been the target for some fierce criticism over the past few months, but once seriously challenged, those same critics close ranks and rally behind it.

This attitude demonstrates the inherent contradiction within Swedish literary circles.

Novels that are considered Swedish classics are written by authors deeply rooted in the working class, narrating the struggles that came with such a station in life around the turn of the twentieth century. But now, when regular people, represented by their librarians, have had a say in what might constitute as classic literature, their experiences are no longer valid.

The ivory tower of the Swedish academy 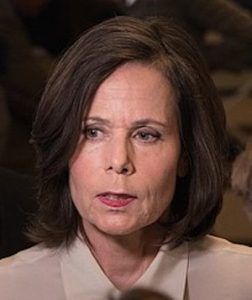 The New Academy and the longlist are proof that the Swedish Academy does not represent the literary tastes of Sweden; it represents only itself. I have stated before that the way forward for the Swedish Academy is for all of the members to resign, an opinion also held by the Swedish Academy’s former Permanent Secretary, Sara Danius, as well as by Lisa Irenius, Editor-in-Chief of Arts and Entertainment at Svenska Dagbladet.

For further reading about the Nobel Prize in Literature, the Swedish academy, and the new academy, check out thESE previous book riot posts.

The Disintegration of the Swedish Academy: Is This the End for the Nobel Prize in Literature?