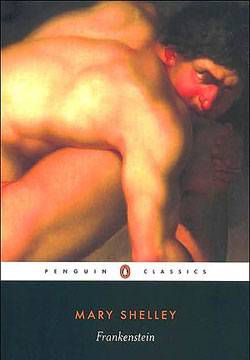 This is a guest post by Johann Thorsson. Johann is a writer of fiction with a supernatural slant, mainly short stories and mainly in English. He blogs about books and writing at jthorsson.com. Follow him on Twitter:@johannthors

I love books, I really do, and I believe in giving all books I start a fair chance. But sometimes the books just don’t manage to hold my attention or  get through to me. Maybe the writing is bad or the characters are not interesting. But sometimes there isn’t anything really wrong with the book, it just… doesn’t click. And very rarely, I end up abandoning the book.

Three books I recently abandoned come to mind because so many people favor them, and make a point of telling people how much they like them. Two are classics, and one is certainly destined to become one. I fear that the books I am about to admit to abandoning will label me an illiterate dimwit, or something along those lines. So it is with a certain amount of trepidation that I give you, dear reader, three great books I didn’t finish.

Oh how I wanted this book to be good, and oh how I tried to like it. I ordered a fancy Everyman’s Library hardcover edition (yes, I’m a book snob), put a few logs on the fire in the castle, gave the staff the night off, and cracked the book’s spine with a goblet of wine in hand. And I thought “Okay, so it starts a little slow, that’s fine.” But the slowness continued, and in the end I put the book away, not meaning to abandon it, but it soon found its way onto the bookshelf and has been there since.

But I think I should like it. After all, it hits all the right notes with me; it is dark, has a monster, and is a true classic of fantastic and weird literature. But I just didn’t “get” it. It is supposedly full of morals, of clever points made about the responsibility of a creator towards his creation. In the end I fear it all just sort of went “whoosh,” right over my head. 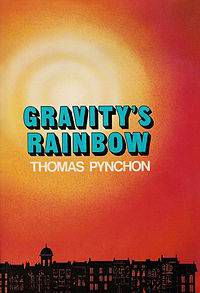 Again, this is a book that I really wanted to like, and I was prepared to be blown away. And man does the book begin on the right foot:

“A screaming comes across the sky. It has happened before, but there is nothing to compare it to now.

It is too late. The Evacuation still proceeds, but it’s all theater.”

And then it somehow manages to be wildly exciting and confusing and bombs and London and Oh no, what is that and bananas and erections and… I just gave up. There was a point where I just had no idea what was going on any more and didn’t feel any desire to keep reading.

What is it about? Who is the main character? I just… I don’t know. I feel embarrassed to admit that I abandoned the book because I have a sneaky suspicion that liking Gravity’s Rainbow is “cool” and that I will no be excluded from certain clubs and secret establishments.

This is the one book on here I that I have no reservations about admitting that I abandoned. It is confusing, dense, and not an easy read, by a mile. But it is good–I could sense that as I read. And someone (I forget who) remarked that we know we have encountered art when we realize that it is difficult, that it challenges us. And Absalom, Absalom! certainly does that.

In the very beginning there is a sentence that, upon reading, I started thinking was long, and then I forgot what it was about and just started looking for a period, which came many, many words later. And I read the sentence again and realized that it was brilliant.

But this book is not the proper place to start with Faulkner, I know that now, and I will come back to it once I’ve read some of his other work–starting with As I Lay Dying.

Now.. ‘fess up Book Rioters. What books are you ashamed to admit you abandoned?