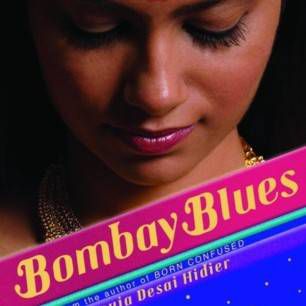 This week’s Riot Recommendation is sponsored by Bombay Blues by Tanuja Desai Hidier.

Twelve years ago, Tanuja Desai Hidier changed the face of young adult literature with her debut novel, Born Confused — a groundbreaking South Asian American YA novel. Set against the backdrop of the New York City bhangra club scene, the acclaimed book, hailed by Entertainment Weekly and Rolling Stone as one of the best young adult novels of all time, takes readers on a journey that spans art, love, friendship, and self-identity. Bombay Blues, the long-anticipated sequel, is now available wherever books and eBooks are sold! Also available now is Desai Hidier’s album Bombay Spleen – an album of original songs linked to Bombay Blues.

With her second novel, Tanuja Desai Hidier cements herself as a voice not only for South Asian teens, but also for anyone who is struggling with their identity. In fact, much of the inspiration for Born Confusedand for Bombay Blues stems from Desai Hidier’s personal struggle with identity while growing up in New York City.

Now 19, Dimple is headed to Mumbai (Bombay) to come face-to-face with the culture she’s just beginning to understand.

The Spirit Catches You and You Fall Down: A Hmong Child, Her American Doctors, and the Collision of Two Cultures by Anne Fadiman

Once in a Promised Land by Laila Halaby

West of the Jordan by Laila Halaby

Mambo in Chinatown by Jean Kwok

When I Was Puerto Rican by Esmeralda Santiago

Streets of Gold by Evan Hunter