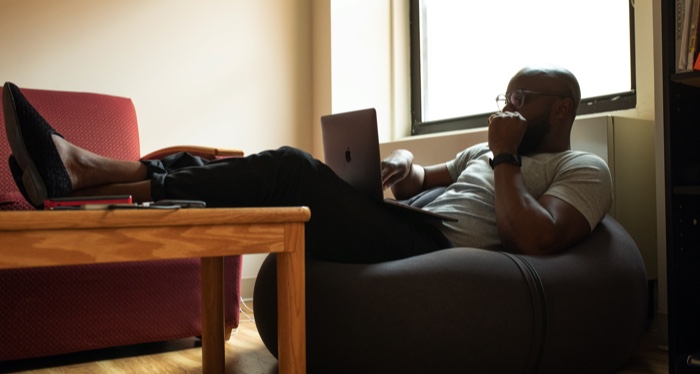 The publishing industry is one of the many industries that have been severely impacted by the global threat of COVID-19. Among those facing massive losses are writers who were in the midst of or about to embark on their press tours. Writers have been coming up with innovative ways to keep the passion for books alive using any or all digital platforms at their disposal. Instagram Live has been especially instrumental in supplementing audience for artists and writers looking to promote their work.

A-list celebrities have an Instagram Live initiative called Save With Stories, started by actors Amy Adams and Jennifer Garner. Celebrities including Natalie Portman, Lupita Nyong’o, Jake Gyllenhaal, and Reese Witherspoon read bedtime stories and appeal for donations to Save the Children and No Kid Hungry. 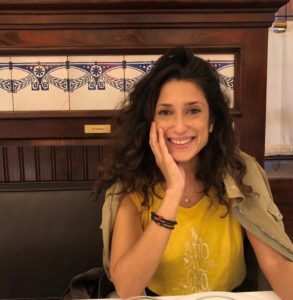 In this vein, Stay Home, Stay Reading is a virtual project initiated by two Pakistani writers, Fatima Bhutto and Sanam Maher, to support authors unable to promote their books due to the pandemic. “We were chatting one day about this surreal state of affairs—both of us had tours lined up for our books, me for The Runaways which just came out in paperback in the UK and is out in the U.S. in August and Sanam had just come back from Australia for A Woman Like Her and had more events to come—and I was wondering what there was to do to help other writers who found themselves at the mercy of this lockdown,” Bhutto said.

She then added that Sanam suggested the idea of seeking out authors to record readings of their books and recommendations. “I’m very happy that two Pakistani women authors are bringing together writers from all over the world, hopefully in different languages too, to take part in an effort not just to support writers and booksellers but also to mitigate loneliness in these strange times we’re living through,” Bhutto said. “That our logo is designed by another Pakistani woman, Shehzil Malik, is really special.”

So far, they have seen a robust response from the writers community with prominent names from the literary world contributing videos to this initiative. These include critically acclaimed writers like Alexander Chee, Max Porter, Isabel Allende, and Sinead Gleeson. 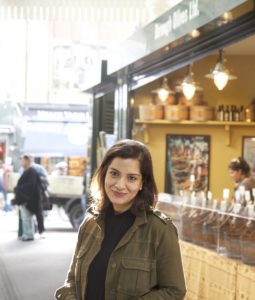 “We’ve received videos from writers with massive platforms, such as Rupi Kaur, from Ramallah to New York, in Urdu, Italian, Greek, Hindi, English, amongst other languages.” Maher said. “Since we started reaching out to writers a couple of days ago, we’ve been getting emails from debut authors who haven’t been able to celebrate their book releases—I know we all have greater things to worry about right now, but I hope that the videos introduce these authors and their work to new readers who can follow them on social media, support them and remind them that their hard work isn’t going unnoticed. If anything, the videos remind you to take a couple of minutes in your day to just pause and listen while someone does a very simple, comforting thing: they tell you a story.” 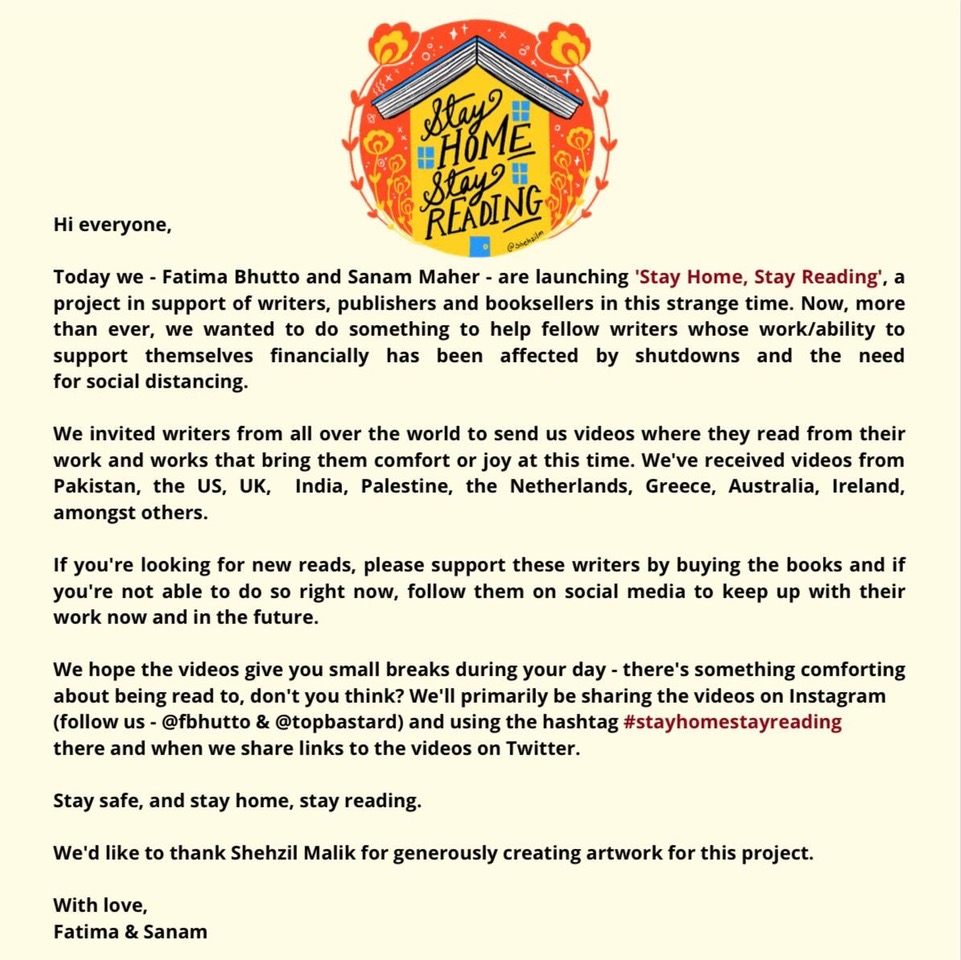 Fatima Bhutto’s latest book, The Runaways, follows three young adults in Karachi and England. They live wildly different lives that intersect as they go down the part of radicalization in Syria and Iraq.

Sanam Maher’s book is about the 2016 murder of Pakistan’s first social media celebrity, Qandeel Baloch. Provocative and irreverent, Baloch garnered a huge following in a short span of time. Media sensation in her life, as she was in her death, this book shines light on her unfortunately short life and its indelible effect on Pakistan’s social media culture.

It’s a treat to do the first reading for our Stay Home, Stay Reading series. The Runaways just came out in paperback across the UK. It’s already out in India and Pakistan and coming to the US in August. Tomorrow @topbastard and I will be posting two new videos from two new authors. Thank you to everyone who supported our launch this morning. Stay watching and stay safe! #stayhomestayreading