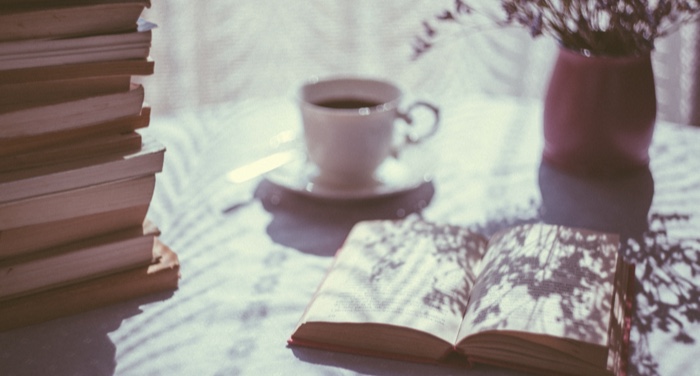 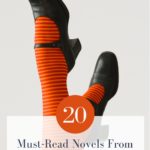 I remember someone asking recently if books set in the 1990s should count as historical fiction. I don’t know the official designation for what constitutes historical fiction. But I do know that these novels from the 1990s, though written in a different era, are just as relevant today as they were when they were first published. They speak to all the joys and complications of being human.

There are, of course more worthy novels from the 1990s than I could include here. I was a teenager in the early 2000s, which means that many of the first adult books I read were published in the ’90s. Most of the books on this list are ones I have vivid memories of reading as a teenager and young adult. So if you’re feeling overwhelmed by the avalanche of new books, or if you’re number 278 in line at the library for that buzzy new release, why not read one of these excellent novels from the 1990s instead? 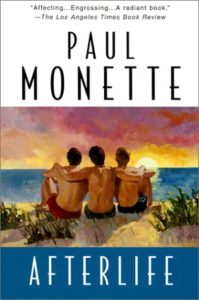 Paul Monette was one of the first queer authors I ever read. His beautiful, honest and heartbreaking writing about the AIDS crisis is still some of the most powerful writing about that era I’ve ever come across. In this novel, he explores the intertwined lives of three very different gay men who’ve lost their partners to AIDS. 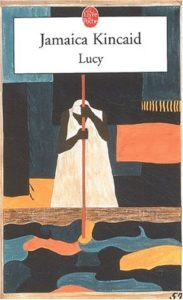 Lucy is a teenager from the West Indies who travels to America to work as an au pair for a wealthy white couple and their four children. Like much of Kincaid’s work, this book is many things at once: it’s a coming-of-age novel and the story of a young woman carving out a life for herself, but it’s also full of brilliant social commentary, and takes an unflinching look at the lasting legacies of colonization and European imperialism.

Almanac of the Dead 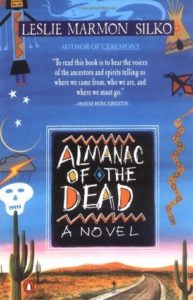 If you’re prepared to wade into the waters of the unconscionable atrocities of American history and all the racist, sexist, capitalist ills that plague its present, then this book is well worth the read. A sweeping epic told from an indigenous perceptive, it travels through almost 500 years of American history, beginning with the arrival of the first white colonizers. It’s bleak and hard to stomach at times, and there is a lot of violence, so be aware. But it’s also a brilliant, inventive work by one of America’s great writers.

How the Garcia Girls Lost Their Accents 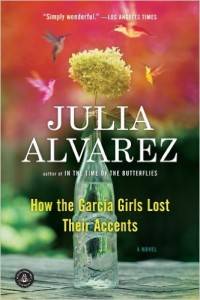 Everything Julia Alvarez writes is worth the read, but her first novel remains one of my favorites. The four Garcia sisters arrive in New York from the Dominican Republic in 1960. The novel, told in a series of interconnected stories, follows these four unforgettable characters as they navigate all of life’s ups and downs in a new city. 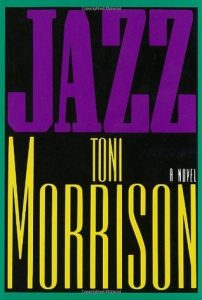 Morrison only published two novels during the 1990s—Paradise is the other one. Jazz begins when a door-to-door salesman shoots his 18-year old lover. At the funeral, his wife begins attacking her corpse. What follows is a twisting narrative that moves through time, place, and POV. Like much of Morrison’s work, this is not an easy read, but the reward is worth it. It’s one of the most evocative and stirring explorations of urban life I’ve ever read. 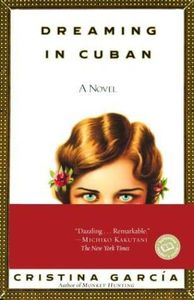 This magical realist novel follows several generations of one Cuban family from the 1930s to the 1980s, centering on how the Cuban Revolution affects their lives as they travel between Cuba and the U.S. Garcia’s prose is beautiful, and the magical elements are subtle but powerful; magic is woven throughout the events of the book in small and surprising ways. 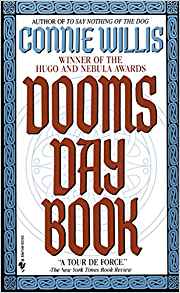 In the mid 21st century, historians routinely use time travel as a way to understand history. Kivrin is a historian sent back to the 14th century to do an in-depth study of the Black Plague. But time travel is tricky, and things go wrong: Kivrin ends up stuck in the 14th century. This book is unputdownable. It’s fast-paced, action-packed, and full of surprises, but it’s also a nuanced look at human nature, and what remains true about how we live our lives across hundreds of years. 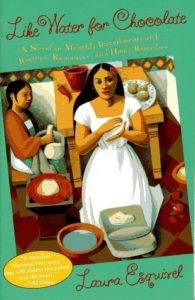 This is still the food novel I compare all other food novels to: the descriptions of food and the magical nature of main character’s cooking are still as vivid to me now as when I first read the book. If you missed it when it came out, it’s the story of Tita, who can’t be with the man she loves because she’s been forced by tradition to take care of her mother until her death. Set in turn-of-the-century Mexico, it’s a lush love story full of mouthwatering recipes. 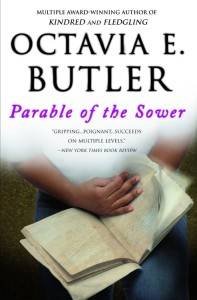 It might be a bit eerie to read this post-apocalyptic book, set in 2025, in 2020, but it’s worth it. It’s set in a terrifying, deeply unjust, and chaotic future, and there is a lot of violence. But Lauren, the main character, who leaves everything she knows on a quest to find a livable future, is an unforgettable protagonist. This book explores faith, spirituality, philosophy, and ethics with a lot of depth. It’s one of those rare gems of a book: a thought-provoking page-turner. 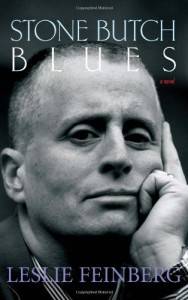 This is one of those queer books that has aged gracefully and beautifully: rereading it years after discovering it for the first time, it’s just as poignant and powerful. It’s the story of Jess, a young queer person in the 1950s, who sets out on a journey of self-discovery, becoming immersed in the joys, challenges, and heartbreaks of living in working class queer and trans community. 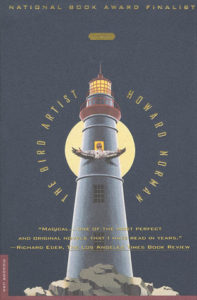 Howard Norman is one of those authors I love to pieces that most of my bookish friends haven’t even heard of. Which is a shame, because he’s wonderful. This is my favorite of his novels. Set in a remote Newfoundland village in 1911, it’s the story of Fabian Vas, a bird artist who admits to murdering the town’s lighthouse keeper on the first page. Over the course of the book, the whole complicated story comes out. It’s enthralling and beautifully written. 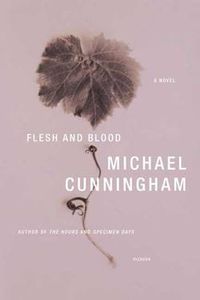 Cunningham is best known for his 1998 novel The Hours, but my favorite of his books has always been his second novel, Flesh and Blood. Told over the course of almost 50 years, it follows the tangled lives of one Greek-Italian family in America. It’s a big, sprawling, messy, warmhearted book about the complex bonds between family—blood and chosen.

The God of Small Thing 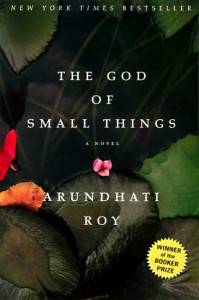 This may have been one of the first novels I ever read in which the writing literally took my breath away. Set in Kerala, India, in 1969, it’s the story of two twins, their complex relationship, and a series of events that unfold in their childhood that shape their lives forever. The writing is unlike anything else I’ve ever read. Roy has a deftness with language, a way of weaving words into surprising shapes, that draws you in and does not let you go.

The Farming of Bones 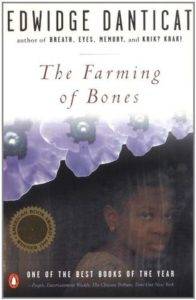 Set in a small village in the Dominican Republic, just over the border from Haiti, in 1937, this novel tells the story of two Haitian laborers, a domestic worker and her lover, a field-hand, struggling to survive in Trujillo’s Dominican Republic. As anti-Haitian and nationalist violence grows, their plans to return home to marry are derailed. Based on a true historical event, this harrowing story is often bleak, but also celebrates moments of love and joy in the of midst of terror.

My Year of Meats 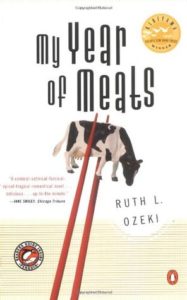 I fell in love with Ozeki’s second novel, A Tale for the Time Being, but her debut is well worth checking out as well. It centers two women connected by the strange intersection of reality TV and industrial agriculture. Jane is the producer of a Japanese reality TV show sponsored by an American meat exporter; Akiko is a Japanese housewife who watches the show. The two women both end up in very different places from where they started; the journey is full of Ozeki’s signature wit and insight. 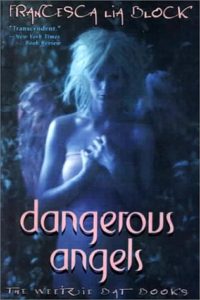 Though the first book in this five book series (compiled into one volume in Dangerous Angels) was published in 1989, I couldn’t leave this dreamy, sort-of-magical series off the list. It’s so iconic of a certain kind of ’90s aesthetic. Set in a glittering L.A. fairyland, it’s the story of Weetzie Bat, a young artist searching for love, and the queer family she builds with her best friend.

Voyage of the Narwhal 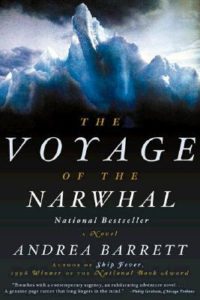 Andrea Barrett is another beloved author whose books haven’t gotten the recognition I think they deserve. She writes gorgeous historical fiction about women scientists (among other things). This novel tells the story of a fictional arctic expedition, set during the height of Arctic exploration in the mid 19th century. It’s an action-packed but equally character-driven story, full of unforgettable landscapes and intricate historical detail. 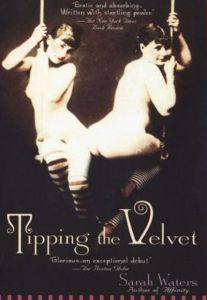 Take your pick of Sarah Waters novels: they’re all good. This one is my favorite, though. It follows Nan King, an oyster girl from Whitstable, on her meandering coming-of-age journey through queer Victorian London. This book has everything: romance, adventure, comedy, politics, and family drama. 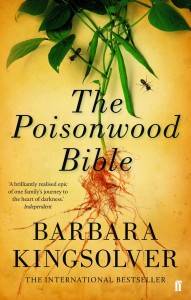 I wanted to include my favorite Kingsolver book, Prodigal Summer, but it was published just a year too late, in 2000. The Poisonwood Bible is also absolutely worth a read. It’s the story of four sisters, the daughters of an Evangelical missionary who takes his family to the Belgian Congo in 1959. Spanning decades and continents, it’s a family saga told against the backdrop of sweeping political change in postcolonial Africa. 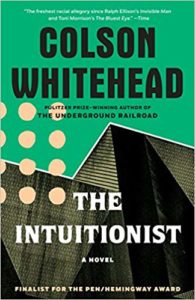 The Intuitionist by Colson Whitehead (1999)

If you loved any of Whitehead’s recent, brilliant work (The Underground Railroad, The Nickel Boys), it is well worth diving into his backlist, including his sometimes-serious, sometimes-funny, and supremely inventive debut. It’s a mystery that centers two warring factions of elevator inspectors (yes, elevator inspectors) who have different ideas about how to go about their work. Whitehead blends mystery and science fiction to tell a riveting, insightful story that explores race, American politics, and morality.

Bonus reads: I only included novels from the 1990s on this list, but some of my favorite story collections ever were published in the 1990s: Ship Fever by Andrea Barrett (1996), The Girl in the Flammable Skirt by Aimee Bender (1998) and Interpreter of Maladies by Jhumpa Lahiri (1999).