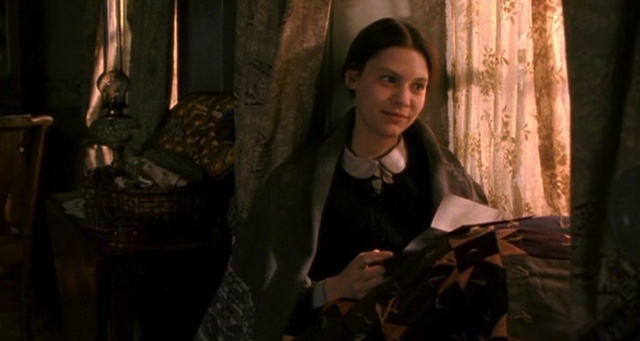 I’ve spent my entire life loving Little Women, in almost every incarnation, from the novel to the anime series to the Winona Ryder movie. Only recently did I figure out just how much Louisa May Alcott’s story continued to affect me in adulthood, however. As it turns out, Beth’s death in Little Women contributed to my health anxiety in a major way, and I’m finally ready to talk about it.

I was always a nervous kid. I didn’t jump off buildings, didn’t climb trees, treated Bic lighters like they were explosive detonators, and was afraid to plug in electric cords—and that’s just the tip of the anxiety iceberg. My childhood was spent reading, playing video games, and playing outside with the occasional stick. In short, being anything but reckless. 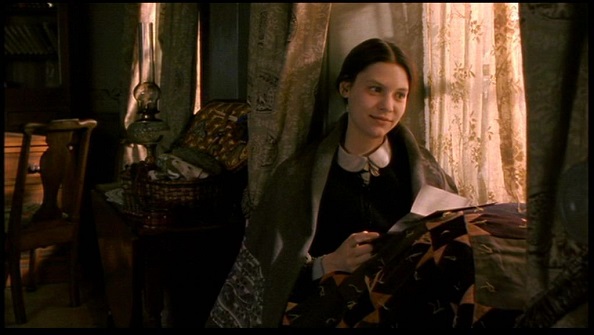 I was 19 years old when my doctor diagnosed me with depression and an anxiety disorder. The problem stretched back much further than anyone knew at the time, however. Now that I knew what anxiety actually was, I realized that I’d been anxious my whole life. I experienced derealization for the first time—that I can remember—when I was 5 years old, and all my anxieties about my health had been on the rise since I was 7, when I watched Beth’s death in Little Women for the second time.

It’s worth mentioning, at this point, that I was never a healthy kid. Ear infections in infancy and early childhood gave way to strep throat every other month once I started school. The doctor’s notes piled up until truancy charges lurked in the water like sharks. When I had my tonsils taken out at age 13, the surgeon discovered that all of those bouts of strep had left scar tissue deep in the muscle wall of my throat. About six months before I was diagnosed with anxiety, I learned that the mouth ulcers I’d had since the age of 4 were actually a symptom of a rare autoimmune disease. Constitutional weaknesses, combined with autism, depression, and anxiety, left me what can only be described as “a mess.”

I was sick often enough that there were special protocols in my house for illness. If I lost my voice—a not-infrequent side-effect of my various ailments—there was a glass bell I could ring to summon a parent in the event that I needed an escort to the bathroom or a 7 Up refill. We owned a humidifier, a stethoscope, various heating pads and water bottles, and every over-the-counter medication imaginable. Most importantly, however, was the rule which stated that, whenever I was sick, I got to sleep on the couch and watch whatever I wanted on TV.

It happened during one of my bouts with strep throat. I had gotten sick after school, and was now piled on the couch, watching the 1994 film adaptation of Little Women. I knew how the movie ended for all the March sisters. But something felt different this time.

As Beth, played by Claire Danes, told Ryder’s Jo “I’m not afraid. I can be brave like you,” I grabbed my mother’s arm.

“What does she have?” my mother asked me.

“I don’t think you have that,” she said.

The next day, I had a new symptom: a rash. Still feeling like death warmed over, convinced I was as weak as poor Beth March and fated to die younger, I climbed in the car to go to the local ER.

The doctor ran the full battery of tests you might expect before giving me my diagnosis. Scarlet fever. I looked at my mother. I wasn’t about to waste the chance at an “I told you so” for the ages.

I don’t remember whether I asked the doctor if I was going to die. Such a dramatic question would have been very on-brand for me as a child. Clearly, I lived. But my brush with Beth March’s killer still haunted me. I had been right about scarlet fever. I had contracted an illness that kills people, just like that. I could have died. I didn’t, but I could have.

That anxiety grew within me. I stopped worrying about getting severely injured by falling out of bed—It happens.—and started thinking that I was secretly, silently dying. Every odd heartbeat, every unexplained pain, every new freckle and wart had become a sign of impending doom for me.

It’s not that I think about Beth’s death in Little Women every time my hypochondriac nature gets the better of me. I don’t. But that little angel in the house is always there, making me wonder whether this is The Big One. Because I had been right before, and I could be right again. Every time my brain screams “Cancer!” at the sight of a slightly darker mole, or sweats over an unwanted pregnancy at a wave of nausea, I have to take it at least a little bit seriously.