My round-up of the latest great small and independent press books is ready! This month, I have three novels in translation from Poland, Greece, and South Korea. These books include coming-of-age stories and social satire. Also included are two novels from the U.S., one a psychological thriller and the other an office comedy set in a world just a little different from ours. I found these books immensely entertaining and satisfying reads, and I hope you find something here you love! 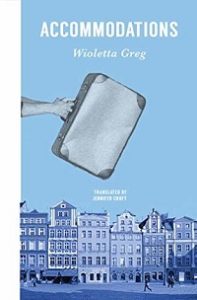 It’s 1994, and Wiola is moving to the city of Czestochowa to attend college. It turns out, however, that she has no place to live because the college has no space for her. She ends up living in workers’ quarters in a world very different from academia, where she feels out of place among the students. She grew up in rough circumstances on a farm in rural Poland and doesn’t have the cultural knowledge of her peers. She struggles—her room has no heat and she has no money—but she is determined not to return home, because this is her only hope for a new and better life. This is a short novel, a novella really, but one that is brimming with stories: in addition to Wiola’s story, we hear about the secrets of those around her, particularly the ways World War II shaped their lives. Wiola is a spirited, determined character, and the city comes alive with Greg’s evocative prose and Jennifer Croft’s able translation. 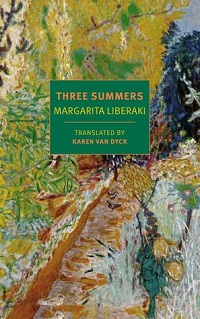 This book is the perfect novel for summer: it’s a coming-of-age story set in Greece where the characters are always walking through fields and falling asleep in meadows and falling in love. It tells the story of three sisters in their late teens in the early 1940s (it was originally published in 1946) as they try to understand their parents, listen to gossip about their neighbors, and debate whom among the local boys are the most interesting. The larger issue they grapple with is what to do with their energy—intellectual, physical, and sexual. The story is largely told through the youngest sister Katerina’s point of view, although it veers into other characters’ consciousness as well, and it’s a fascinating portrait of the opportunities available to women in that time and place and how three young women dealt with those limitations. 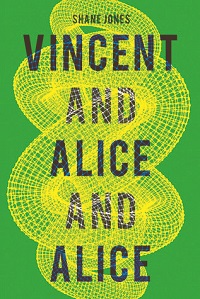 Vincent is a state worker waiting out his years until retirement. That retirement will be incredibly generous, so of course he has to stick with it, but the job is meaningless and is making him miserable. So is the fact that he and his wife Alice are divorcing. Into this sad situation comes Dorian Blood, a man with a proposal to change Vincent’s life: Vincent will get to live his ideal life while becoming wildly productive at this job. All he has to do is go through a training and let Dorian and his mysterious PER program take over his reality. What could go wrong? This novel is wonderful at capturing office life, even if your office life isn’t as dire as Vincent’s. It also captures a world slightly worse than ours, but one that is still recognizable and scary. It’s an entertaining, funny, provoking read about the nature of reality and the meaning of life. 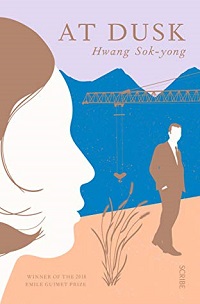 At Dusk by Hwang Sok-yong, Translated by Sora Kim-Russell (Scribe US, July 16)

Park Minwoo is an architect whose success is due in part to a wave of building as South Korea has attempted to modernize itself. He grew up in a poor neighborhood, but moved away through hard work, education, and good luck. This novel explores his memories of his poor childhood, how he achieved his success, and what it means to leave one’s roots behind. It also follows the stories of two women: Cha Soona, Minwoo’s childhood friend, and Jung Woohee, an aspiring writer and theater director who struggles to pay rent. These characters illustrate South Korea’s sharp economic divides and explore what is required to improve one’s lot in life—and whether it’s even possible for more than a very few. It captures so much in under 200 pages: economic inequality; gender, class, and educational divides; and the complex relationships individuals and the culture at large have with their own history. 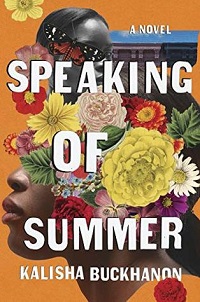 Autumn has lost her sister, Summer. Summer left one set of footprints in the snow on their roof and hasn’t been seen since. So Autumn searches for her in their Harlem neighborhood and anywhere she can think of her sister might have disappeared to. She has very little luck. The police aren’t particularly interested in her case—nobody seems disturbed by a missing Black woman. Her mother died recently, her father isn’t in the picture, and her stepfather is terrible, so Autumn is alone and devastated, and her life begins to fall apart. Autumn is a fascinating character, and I loved spending time with her as she tries to keep afloat financially and navigates complex friendships and relationships. This is an immensely enjoyable psychological thriller, with a richly-evoked setting, lively characters, and an engrossing plot.

Finally, here are some July 2019 new releases that are going on my TBR:

Knitting the Fog by Claudia D. Hernández (The Feminist Press, July 9): a mix of poetry and narrative essay about a girl from Guatemala, her mother, and her journey to the U.S.

Costalegre by Courtney Maum (Tin House, July 16): The story of Leonora Calaway, who sends a group of artists to an island resort in Mexico in 1937, and her daughter Lara.

The Book of X by Sarah Rose Etter (Two Dollar Radio, July 16): A surreal story of a girl, Cassie, whose body is in knots: a book about the body and femininity.

If you’re looking for more great small and independent press books, check out my round-ups from May and June.