“If Lila Bard dies I’m going to riot,” I texted my best friend back home. I was only kind of kidding. Although, what a one-woman riot in the San Francisco Bay Area would accomplish remains to be seen—this place is rife with them. 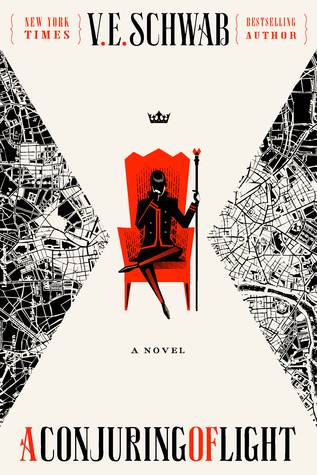 A third of the way through V.E. Schwab’s 600-page ending to the Shades of Magic Series, A Conjuring of Light, I needed Delilah “Lila” Bard to live. Because it’s hard, as a young woman, to love the sharp parts of yourself, especially when your sharpness is a defining characteristic. And Lila is nothing if not sharp.

I started reading the first book in the series, A Darker Shade of Magic, when I’d just barely moved to the Bay Area. I had jumped from a content production internship in the city to proofreading insurance documents at a workman’s compensation firm out in the suburbs. My sunny-eyed love for my next big adventure was slowly being throttled by a 3×3 cubicle and clocked-out lunch breaks.

Underneath the day-to-day frustrations was an underlying sense of not belonging, that somehow, despite so many years away from home, I still wasn’t sliding into place. And I felt entirely alone.

My best friend back home mailed me a box of her favorite books, and there, smack in the middle was just the escape I needed—Schwab’s adult fantasy epic.

The Shades of Magic series, for those that might not know, follows Kell Maresh, a particularly skilled and rare magician called an “Antari” who moves through four different Londons. Lila is from Grey London, which mimics the world you and I inhabit. She’s a thief—hungry, thin, cold, going from day to day scraping by on her wits. Kell and Lila become entangled in the fight to save as many of the Londons as they can from corrupt magical forces trying to destroy and enslave the world. The Shades of Magic books are rollicking, engulfing, and fast-paced, with Schwab’s usual flair for storytelling and creating characters you immediately fall in love with.

For my part, I immediately fell in love with Lila because she is all the things I couldn’t love about myself—the things I felt kept me from fitting in anywhere, or with anyone. 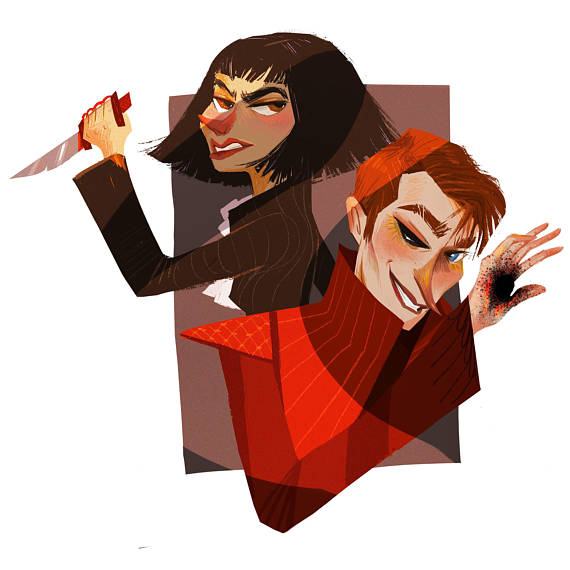 Get the print from LizzyLune on Etsy.

Lila is surly, fiercely independent to the point of irritation, and unnecessarily sharp in her interactions with others. But she’s loyal, proud, and smarter than most, with the ability to work past her breaking point for the things she wants for herself and her life.

I have been told on more than one occasion that I am aggressive or that I have a “strong personality.” I’ve entered parties and social gatherings only to be stopped at the door and told, “Look, this person is going to piss you off, but we actually like them so try to be nice.” I’ve been reprimanded in professional settings for not holding my face in a pleasant-enough manner. I am sharp, and I continue to fumble with my own edges, the parts of me that make partygoers flinch or that cause employers to second-guess my attitude.

But I refuse to lose them.  And Lila never loses hers.  We both find ways to make the world move around us instead of folding down and being molded. More than being a beacon for unapologetic sharpness, Lila is an example—my model for how to make it regardless of how large the fight while still finding people who will love all your sides.

Lila, with all her surefooted independence and attitude, has her pocket watch, a small touchstone to rub her thumb over whenever she is unsure, overwhelmed, nervous. In the middle of financial turbulence and personal turpitude, I needed to feel like I had something to cling to, no matter how small. I didn’t have a personal item to carry in my pockets, so I tried to find my own touchstones—sunsets from the BART station, coffee breaks with my book, a favorite playlist on the walk home. Lila’s cat-like grace lets her boots move over cobblestones with ease. I thunked along on cracked sidewalks from the bus stop, but as Lila kept moving forward, so did I.

I quit the proofreading job, got fired from a writing contract in the city, started to swing from job to job in hopes of making my bills. And with each step, I found a little more strength, a little more swagger, a little more courage. On hard days, I would think about Lila training for the magician’s tournament in A Gathering of Shadows. How tirelessly she works and how exhausted she falls down each night. I was not a magician, but I was learning to craft what I wanted from the world.

Then, Lila falls in love with Kell—not immediately, obviously. It takes a few books. 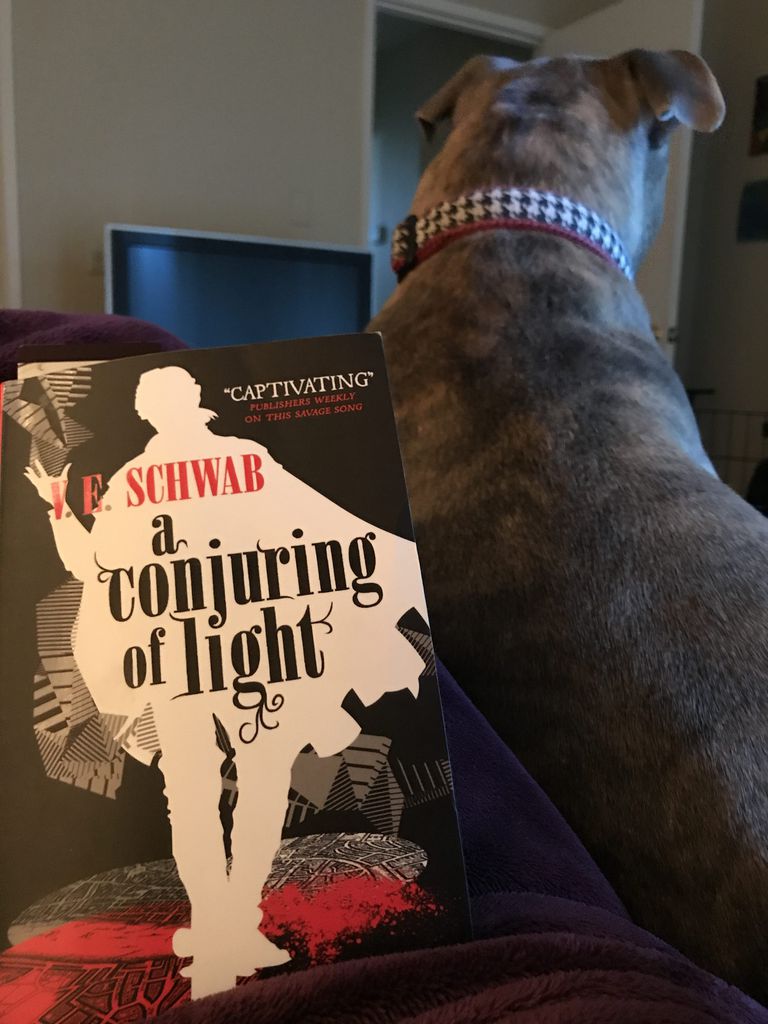 A paperback and a snuggle-beast / Image courtesy the author

Their first meeting is a quick moment in the middle of a spell, and it’s decidedly not a “meet cute,” seeing how it results in a not-so-sexy interrogation. But the two develop a sharp-tongued and desperate kind of camaraderie that, in its own way, leads to love. Even in her affections, Lila isn’t so sure how she fits with a person, how to turn her edges away or dull them for a moment. Kell and Lila literally slam into each other so hard when they make out the first time that it results in bruised ribs and bloodied mouths.

The more I worked to make the Bay Area my home, the more I wanted to find my Kell. But my sharpness kept getting in the way. It became a running joke, for example, that I was more likely to punch a guy than let him kiss me at the end of the date.

But if Lila could find someone to fit with her sharp edges, then so could I.

Despite their communication flaws and the whole “fighting for a greater purpose” thing, Lila’s relationship with Kell really became a sort of goal for me. I wanted new worlds with someone who would adventure with me.  I wanted elasticity—the ability to pursue my next big thing knowing that I could meet back wherever after—like when Lila leaves on her own adventures before returning to Red London and (kind of) Kell. I wanted someone who would dance with my sharpness, who would understand I needed to hold on to those edges, not because I was on guard, but because I was tired of trying to dull myself for the world. Sure, I don’t see myself ever facing down tyrant magicians in parallel dimensions, but I’d like to know if I did, my person would fight alongside me.

When I finished A Conjuring of Light, I was alone in my East Bay apartment. I closed the book with the soft, gentle pang that hits your heart when you’ve ended a good story. I rolled over in my empty bed, snuggled my dog, heaved a sigh. I felt sad, but I felt ready. And what is falling in love if not feeling ready to take every next step, even if you’re taking those steps alone?

I don’t have a pocket watch or a demon mask. I can’t command elements or move through worlds. But I have my touchstones, my own shade of magic, and somewhere in this world—or one I haven’t found yet—there’s a Kell that won’t flinch at the sharpness I have come to love.