The Pulitzer Prize-winning books for 2018 have been announced. Some are shocking, but all are well earned. Each and every one of them should now be on your TBR list if you haven’t read them already.

And without further ado, here are the 2018 winners in the Letters categories: 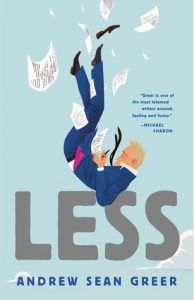 Less by Andrew Sean Greer is a satirical literary novel that follows Arthur Less, a man who has run away from his problems – and into more problems abroad. This novel, which the New York Times called “bedazzling, bewitching and be-wonderful” mocks the cliché of the American abroad while also talking about finding a first love late in life.

The Gulf: The Making of an American Sea by Jack E. Davis is like the biography of a place, the Gulf of Mexico. Painting a sweeping portrait from the age of conquistadors to the environmental perils of the present day, Davis pays homage to a body of water that touches five southern states and millions of lives.

Prairie Fires: The American Dreams of Laura Ingalls Wilder by Caroline Fraser – Millions of readers and TV watchers know Little House on the Prairie, but few know the life of the series’s author, Laura Ingalls Wilder. Fraser conjures the epic tale of this house-hold name’s life, portraying her grit and the triumph of her pioneer spirit.

Half-light: Collected Poems 1965-2016 by Frank Bidart spans half a century of this revolutionary poet’s career. Also the winner of the 2017 National Book Award for Poetry, this collection pits misfits and monsters with the sacred and profane realities of the flesh. 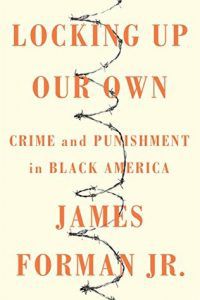 Locking Up Our Own: Crime and Punishment in Black America by James Forman Jr. lays bare the disproportionate impact policing and punishment of crime has had on black America. Though several excellent books have already been written on this subject, Forman brings a new perspective in this book: he shows the hand black politicians, judges, and police officers have played in making and reinforcing the laws that are taking such a stark toll.

Which of these books have you already read? What do you think of the Pulitzer committee’s choices? Join the conversation in the comments.

Check out last year’s Pulitzer Prize winner, The Underground Railroad by Colson Whitehead, in Fiction, and check out some of our favorite Pulitzer Prize-winning novels.