The Underground Railroad won the Pulitzer Prize for fiction Monday, topping off an already impressive year for author Colson Whitehead, whose novel won the National Book Award and was an Oprah Book Club selection, pushing the book into early publication onto the bestseller list and making Whitehead into a household name. With the Pulitzer, his 8th book (six fiction and two nonfiction) adds to its list of accolades and further solidifies its path to becoming a modern American classic. 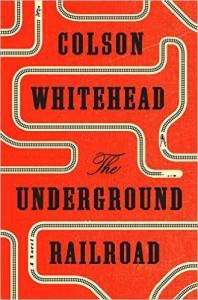 The novel, following two slaves as they escape a brutal master on the underground railroad, which is an actual physical subterranean train in Whitehead’s imagining, will be adapted for a limited series on Amazon, helmed by Moonlight director Barry Jenkins. It has so far sold more than 825,000 copies in the US.

In other Pulitzer news, Evicted: Poverty and Profit in the American City by Matthew Desmond, a heart-wrenching look at the rise in mass evictions in the wake of the 2008 financial crisis, won the Pulitzer for nonfiction and Blood in the Water: The Attica Prison Uprising of 1971 and Its Legacy by Heather Ann Thompson won the history prize. The Return: Fathers, Sons and the Land in Between by Hisham Matar, a timely memoir about a son’s search for his kidnapped father in Qaddafi’s Libya, took home the biography or autobiography prize, and Olio by Tyehimba Jess won for poetry.

Imagine Me Gone by Adam Haslett and The Sport of Kings by C.E. Morgan were finalists for this year’s Pulitzer in fiction.

Check out all of our coverage on Whitehead here.