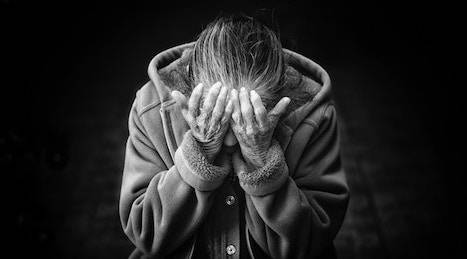 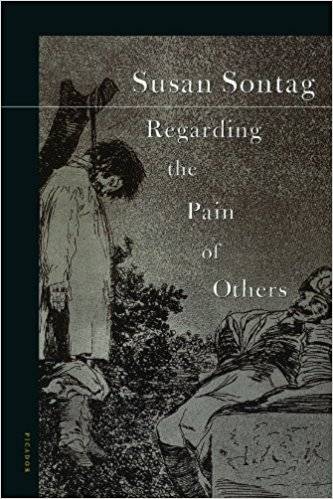 Not too long ago, I included Susan Sontag’s Regarding the Pain of Others in a round-up about reading for self-care. In that work, Sontag is concerned primarily with photography and the philosophy of viewing photographs (on the news, etc.) of faraway suffering. Sontag asks: what does it do for us—or to us—to look at a photograph of someone in pain? Should photographs be used to inspire empathy? Can we even access real empathy through a photograph? Maybe more to the point, do we even have a right to try?

I read Regarding the Pain of Others a few years ago, when I was maybe a sophomore in college. I was not yet very interested in reading texts that were more theoretical than anything else, still preferring for a book to tell me exactly what to think. In my women’s studies classes, I vacuumed up assigned readings with a decisive, matter-of-fact tone—feminists who laid out their case like lawyers and then summed it all up at the end with a punchy final line. It’s not that Regarding the Pain of Others doesn’t take sides, but rather that Sontag acknowledges that her side might not be the only one. The argument is methodical, but the conclusion is not absolute. I haven’t reread it since then, but I’ve found myself thinking about it in the last week or so with the fall of Harvey Weinstein and the rise of #MeToo, along with other books by women concerned with depictions of trauma.

Regarding the Pain of Others is not about feminism so much as it is about humanity, technology, even capitalism, to an extent. Its premise, as I understood it, was actually very simple: what do we do with other people’s pain if we ourselves are not in pain?

Sontag was interested in photography, but the question needs to be asked about personal narrative. The question is being asked about #MeToo: What does it do for us as human beings to scroll endlessly through admissions of pain and trauma? In other words, what is the point?

I posted #MeToo. I should say also that I hardly know any women who didn’t post #MeToo. Many of them also included stories of their assault, the aftermath, or a laundry list of harassment incidents from the past week or month or ten years. The thought I had over and over was this: who is this for? I posted #MeToo, but in my head, I was like, duh, me too. Of course I’ve been yelled at from a car, followed on a dark street, grabbed and groped at parties, forcibly kissed, called names, leered at. Of course I’ve followed the innate code of conduct according to fears that were deemed “paranoid” by my male friends and constantly realized by my female ones.

So then, #MeToo is for men, or anyone who believes this kind of stuff happens to a certain kind of person in a specific situation instead of everywhere always. Critiques of the hashtag expand from there: we need to stop fetishizing the pain of women as victims of faceless men and begin to hold perpetrators accountable. We need men to believe women without forcing them to dredge up the evidence. “I won’t say Me, Too,” one criticism began, “Because you all know that already.” The Sontag question: what do these displays of pain achieve other than eliciting guilt or sympathy that is then channeled into self-indulgent thankfulness? 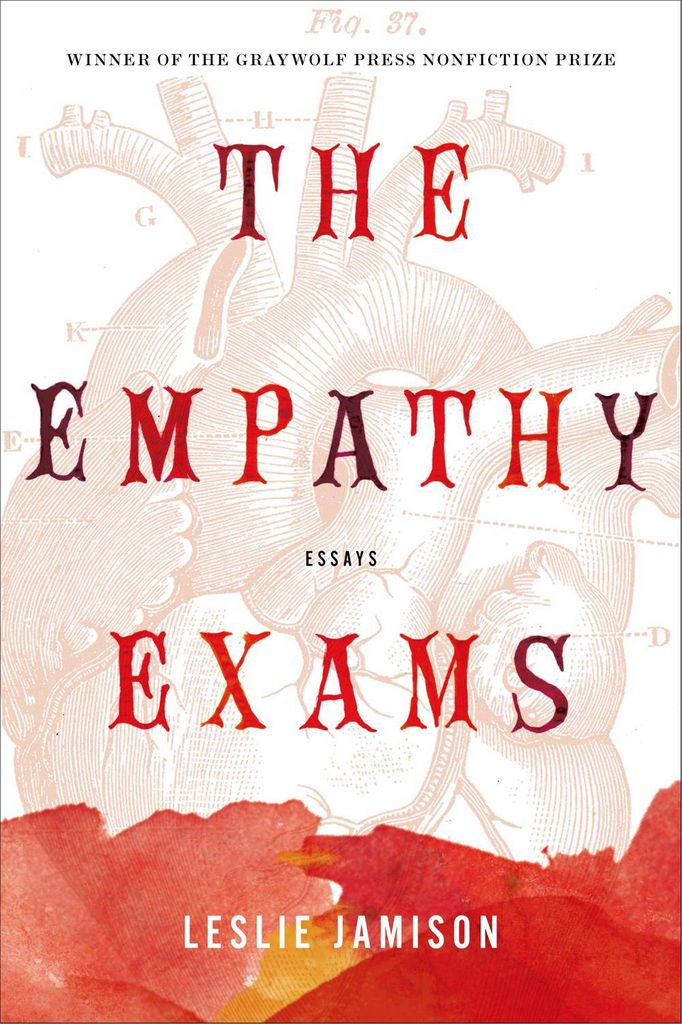 But then a friend posted a quote from a different writer: Leslie Jamison. In her essay “Grand Unified Theory of Female Pain,” Jamison writes: “The wounded woman gets called a stereotype, and sometimes she is. But sometimes she’s just true. I think the possibility of fetishizing pain is no reason to stop representing it.” Jamison uses Sontag as her counterpoint in this essay. In her book The Empathy Exams, one of my favorites, Jamison delves deep into pain and suffering of every kind imaginable: unusual, commonplace, voluntary, mysterious. It’s all there, and my response as a reader was similarly wide-ranging.

I read a lot of books about female pain, whether I intend to or not, because I read a lot of books by women. I’m a feminist, and I am on Twitter, so I read a lot about pain there, too. But no matter how many books I read, I still haven’t fallen down hard on the side of either Sontag or Jamison. In fact, while writing this, I’ve realized I’ve done what I used to hate: thrown a handful of questions onto a page. But this whole experience has reminded me to do what I do when I don’t know: just keep reading, and eventually, something will make sense.