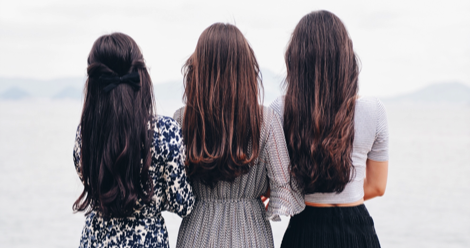 While those attracted to the idea of the “androgynous author may spurn this categorisation of books according to their authors’ gender, it’s useful to treat women’s writing as a genre in its own right. Its borders are admittedly more nebulous than most, but many authors do write with a distinctively feminine style or touch on themes that shed light on their unique positions and perspectives as women in their contemporary worlds. Lately I’ve been getting into short stories by some of these authors, and I must say the form is growing on me. No, not because I’ve been infected by the goldfish attention span commonly associated with this millennial generation. (Or have I? ? ) Some of the following short stories about women’s issues seem to show a powerful capacity of the form to capture the common and particular experiences of women in a uniquely concentrated way.

Why Short Stories About Women’s Issues?

Through its concentration of style and content, the short story can render with more vivid intensity certain marginalised or epiphanic moments that may not fit into a novel’s longer cause-and-effect chain. For women’s fiction, short story cycles feel particularly apt. Their episodic nature allows insight into characters from multiple angles through the fragmentation of a single, coherent voice, yet the stories are interwoven in such a way as to give us a satisfying sense of continuity, a sense of a greater whole that I feel is missing from anthologies like Neil Gaiman’s Trigger Warning, in which the threads between stories are either weak or absent.

The female writers featured here are just some of those who have used the short story form with great effect, whose voices strike a chord in me as a woman and artist; to whom confidence is a constant struggle, and close relationships are as treasured as solitude, creative space and autonomy.

The Beggar Maid: Stories of Flo and Rose by Alice Munro 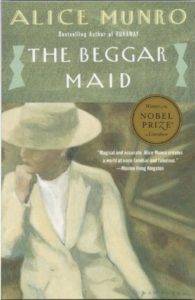 I never thought I’d like realist fiction, but Alice Munro won the Nobel Prize for being the master of the contemporary short story,” so I decided to check her out and I’m glad I did. This collection of intertwined short stories of Rose and her stepmother Flo is gripping and heartfelt throughout. We follow Rose as she searches for affirmation and acceptance, especially from men—a search which seems constantly at war with her desire for independence, so that when she finally achieves it after a broken marriage, it’s a bittersweet success. One gets a sense of relief that comes with freedom, as the world becomes her home in which she can set up, anywhere, her own small, fragile spaces of feminine cosiness, but joy is constantly checked by a yawning sense of isolation. Shame, too, a woman’s bane, constantly hinders her ambitions and enjoyment of any form of success. Munro paints such lifelike portraits of her characters that despite the thinness of the book I felt by the end of it as if I’d shared an entire life with Rose.

Elementals: Stories of Fire and Ice by A. S. Byatt 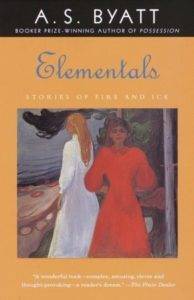 Most well-known for her Booker Prize-winning novel Possession: A Romance, Byatt delights us with this collection of stories depicting the tension between cold intellect and the fiery passion. This tension between what she calls ‘warm-heartedness‘ and ‘the frightening loneliness of cleverness‘ is a recurring theme of Byatt’s works, highlighted not just in the title but also most poignantly in ‘Cold’, my favourite story in this anthology. With her classic sensuous strokes, Byatt reworks the traditional fairy tales of “Snow White”, “The Glass Coffin”, and “The Snow Queen” to paint out the journey of a princess who finds life and activity in ice, but who leaves the cold for love, only to waste away in a metaphorical glass coffin until marriage and domesticity are adapted to her nature so as to stimulate, rather than suck dry, her creativity. 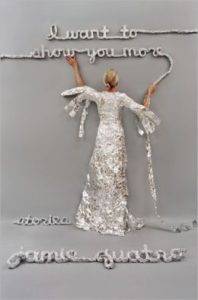 This anthology starts off with a simple, yet poignant image, of a woman feeling as though she were ‘standing on the cusp of a cataclysm’. She feels a tugging in her middle, as if she were ‘a kite about to be yanked up’, but the vision ends, and the narrator never leaves her patio. So the female narrators in this anthology seek an elusive transcendence, a way out of their dull relationships or draining, domestic lives. Quatro’s language is candid and incisive, sprinkled with moments of quirky humour and snippets of gut-wrenching clarity; and in the short form it offers us glimpses into multiple experiences of prohibited desire. Only glimpses, but these are just enough to evoke in us the same longing for ‘more’–for deeper, more passionate yet lasting connections that the women in these stories only dream of. 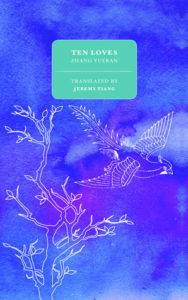 The title seems innocent enough. Ten love stories–what could go wrong? Plenty, it seems.’Whitebone Harp’, my favourite tale in this collection, made me feel like crying, even after multiple re-reads. As far as short stories about women’s issues go, this is one of the best. The whole long history of the silence of Chinese women is soaked, I felt, in that story. The tales here are strange, surreal, and disturbing, told in a flowing prose that haunts you with its subtlety. If Jamie Quatro is sharp and succinct, Zhang Yueran is delicate, skimming like dragonflies over water. And Jeremy Tiang’s translation is superb, transforming imagery into music inseparable from sound (seriously, I read the original Chinese versions of a few of the stories and they weren’t half as satisfying). It’s rare to find a translator as worthy of credit as the author, but Tiang is definitely one of them.