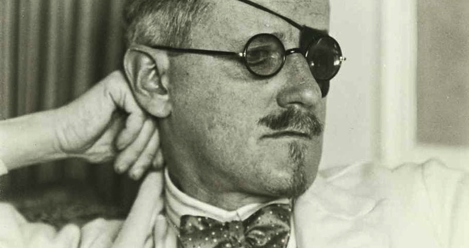 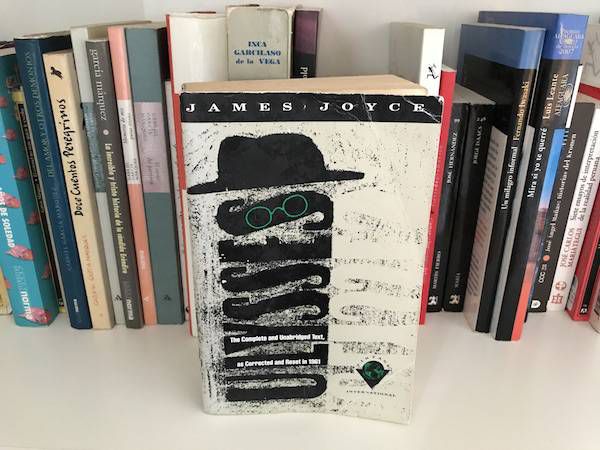 As soon as I saw it, I knew I had to have it. It had pedigree and an abstract illustration that screamed intellectual snobbery. At over 700 pages, its size barely fit my freakishly tiny hands and carried the weight of literary history. It even smelled of deep thoughts, experimentation, and all the dirty censorship the 1930s could muster. Laid out on a table full of books for the upcoming school year, Ulysses by James Joyce was beckoning me like a Homeric siren. It was my first semester at my Canadian college, having transferred from my Peruvian one after deciding I wanted a fancy degree with international recognition. Instead of brand labels, I was the spoiled brat who followed academic names as if they were 5th Avenue designers. All I knew about Ulysses, at that point, was that it was Important. I couldn’t call myself an aspiring member of the literati if I didn’t have it on my bookshelf. The English Department offered an entire course on it and I decided then and there that I would enroll as soon as I had fulfilled the prerequisites.

Instead, I switched majors and Ulysses sat on my bookshelf gathering dust.

When graduation came, it would have been prime time to either sell my copy or donate it to any used bookstore. I had yet to even sift through the pages and I was getting ready to spend a year in Panama with only two suitcases to my name. Did I do that? Oh no. Figuring I would finally have time to read for pleasure instead of courses, I stuffed Ulysses in my baggage next to books I had actually devoured and enjoyed. The thought process was as follows: I knew no one in Panama. I did not want my close reading prowess to get rusty. I had my entire future to parse through Joyce’s dense language.

This, of course, turned out to be as much of a pipe dream as my ability to get a well-paying job right after college.

The following year I got accepted into a PhD literature program in New York. “Ahhh,” you’re probably thinking, “it makes sense that you would take this canonical work to an academic setting!” Except my program was in Latin American and Iberian Cultures, where we were way more interested in Don Quixote or the influence of Gaucho poetry in Borges than in some Irish dude scandalizing the Anglo-Saxon world of letters. I’m sure there are connections to be made between Ulysses and certain modernist tendencies in Latin American authors. Yet, I could not say what they are since I specialized in the influence of pop culture in contemporary Latin American and Latino fiction. Times I encountered James Joyce in any of my research: zero.

AND YET….there it was, taking up space in my tiny New York apartment, simply to give the impression of having a well-curated personal library.

What made me take it to Chicago, where I currently reside? Stubbornness? Wishful thinking? Inertia? All of the above? At this point, the book has traveled across continents, accumulated more miles than the average American in any given year and been through countless modes of transportation. It would be a shame to have the journey amount to nothing. Every once in a while, usually around New Year’s, I remember its existence and tell myself I have to power to break the curse. I’ve even looked up resources to help me achieve this most elusive of goals. There’s a very expensive but tempting Great Courses CD. Then I remember I no longer have a CD player and my laptop doesn’t even have the capacity to play them. The BBC has a cheeky guide, but its sole purpose is to muster some laughs and poke fun at my own ineptitude. A quick Google search leads me to conclude that even open online university courses have given up on it. Right now, I’m mostly leaning towards Frank Delaney’s podcast. As soon as I get through the 200 plus unplayed episodes of all the other podcasts clogging up my feed. Maybe a reading group? Sigh.

Within Ulysses, there must be a perfectly crafted sentence that best sums up my plight and my folly. If only I had the willingness to actually look for it.