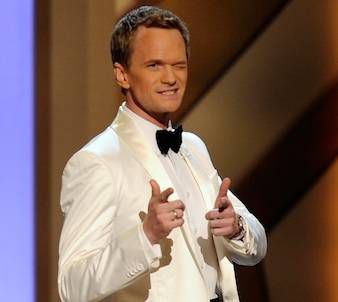 Tonight, for the 66th consecutive year, the American Theatre Wing will hand out its Antoinette Perry Awards for Excellence in Theatre. Some of you may already be planning to watch the Tonys, if only to see host NPH (who you just totally love from HIMYM!), but anyone who loves the written or spoken word also should have reason to care.

At the Academy Awards, a writer has the chance to win a prize for his or her screenplay but can’t claim the same accolades that will go to, say, the nice lady who wins for Best Supporting Actress (who didn’t write a single bit of her own dialogue). However, at the Tonys, there is no prize for Best Playwright, only Best Play; the writer (along with the producers) is rewarded for the total piece of art he or she created, a recognition that the most vital element to any play is its script, its words.

It’s a natural extension of how words are respected in the theatre. Whereas it’s the rare screenwriter that ever gets to see his work made into the same movie he envisioned, the very first right listed on the Dramatists Guild Bill of Rights reads: “No one (e.g., directors, actors, dramaturgs) can make changes, alterations, and/or omissions to your script—including the text, title, and stage directions—without your consent.”

It’s for this reason and others that I have always seen plays as literature that happens to come to life. A few years ago, for a book project (it’s called In Their Company: Portraits of American Playwrights, and, why yes, you can purchase it here—thanks for asking!), I had the unbelievable opportunity to interview dozens of the most gifted and prolific stage writers about why they do what they do. And their answers really got to the heart, I believe, of why so many of us love to read and write, as well.

People who write plays for a living are a uniquely driven lot. Like so many other writers and artists, they describe their pursuit as less a choice and more a compulsion. However, in conversations, I was struck by how certain words came up time and again: connection, identification, inspiration, awareness, understanding, perspective, purpose, mission. Although the works they produce range from light comedy to stark tragedy to, literally, the absurd, I learned that one drive which unites them all is a search for truth — one truth, many truths, the truth — and a desire to spread it around.

“We playwrights are all basically messianic,” says three-time Pulitzer Prize winner Edward Albee. “We feel that we know truths that we damn well better share with other people. I say this basically as a joke, but I’m convinced that we wouldn’t write unless we felt the need to set people straight about certain things. Who writes about stuff that’s been settled, unless you’re just writing escapist shit? So I think we probably are trying to communicate our sense of how life really is lived as opposed to how it should be lived.”

For writers on such a mission, playwriting is the natural outlet for a number of reasons: the medium allows the writer an opportunity to bring characters to life, literally, and to do so in front of other people, who will react immediately to what they see and hear. The substance of the form is language as it is spoken, or for that matter, unspoken. In that sense, at least according to those playwrights who have also written novels, short stories, essays, and even poetry, plays can often emerge more directly from the writer’s unconscious. Almost without exception, the playwrights I spoke to listed this among the reasons why they write: to find out what they have to say.

“Writing a play is not a conscious choice, as if I have something to say and the people need to know that prison is bad and motherhood is serious business,” says Suzan-Lori Parks. “It’s not like that at all. It’s more like having a cold, having the flu, and writing the play is the only thing that’s going to get the flu out of your system. So you don’t really have a choice. You’re either going to live clogged up and stuffed up and stiff in relative discomfort like this, or you’re going to write it and feel a lot better. So that’s the choice.”

It is also a celebration of words as they are spoken. Live theater gives playwrights the opportunity, unique among writers, to literally put words in people’s mouths. The late August Wilson pointed to his pivotal 1979 play Jitney as the first work in which he “took advantage of black speech.” He admitted he hadn’t respected the way in which African-Americans talk, believing that “in order to make art out of it, you had to change it.” But the revelation came when he noticed a simple quote he read in a pamphlet by the African nationalist Ahmed Sékou Touré: Language describes the idea of the one who speaks it. “I found that idea liberating and realized that there is nothing wrong with the way that black people talked,” Wilson told me. “Their language was simply describing the idea, and their way of speaking it was as valid as any other.”

For Naomi Wallace, who grew up in Kentucky surrounded by people of varying backgrounds, the introduction, too, was through the special power of spoken words. “Even at a very young age what struck me was how inquisitive people were even in the most dire of circumstances — how philosophical, how inquiring they were of their own state in the world,” she says. “I started listening to language and learning from language, how people spoke and how they expressed their reality,”

So, tonight, when Neil Patrick Harris goes into another comedy dance number about how disrespected Broadway has become compared to reality TV or the woes of CBS, the network that persists in broadcasting the Tonys despite the ratings, remember what’s really being celebrated: the continuing power of words to provoke, perplex, delight, and create some welcome drama in our everyday lives.