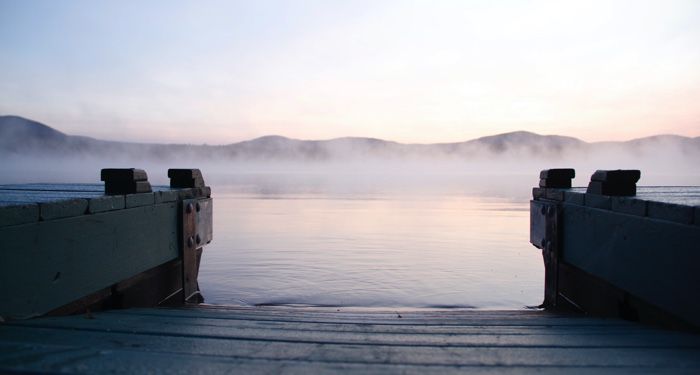 There are a LOT of scary books set in Maine. A lot. Horrors and thrillers, young adult and adult—even middle grade books! All set in the sinister state of pine and brine. If you believe everything you read then Maine is basically a waiting, open grave for the unwary. When most people think of horror and Maine, they of course think of Stephen King. I certainly think of Stephen King, because maybe no other author has so aligned himself with the spooky side of Maine. But there are also many authors who are not King who have recognized and tapped into the something eerie and strange that lurks between the trees, or under the grey-green waters of our 3,478 miles of crenelated coastline. (This is the point where the Maine Tourism Board breaks down my door and tells me to stop scaring the out-of-towners.)

Be it serial killers, mythic monsters, feral cannibals, ghosts, or goblins, every scare you can put your finger on can—at least according to my reading—be found here in the vast state of Maine. From the entrances to the Faerie in Holly Black’s The Cruel Prince or Carrie Jones’s Need to the terrifying stoop of Richard Matheson’s Hell House. But why Maine?

So What Makes Maine So Spooky?

It’s not just Stephen King. Or his ferocious, evil dog (I love Molly so much). The fact is, even King took his inspiration from the world around him for his stories; he drew from the geography and history of his home state. Bloody Disgusting published a great piece last year looking at all the real-life places in Maine that inspired one of King’s most frightening novels, Salem’s Lot. The list includes the creepy Shiloh Chapel, once home to a mysterious evangelical cult of Frank Sandford.

Sandford’s cult is just one of the strange, sometimes dark, sometimes terribly tragic stories in Maine’s history. What can I say, there’s something about Maine. In fact, the question “What makes Maine so darn spooky?” is one that I’ve been working on for a while now. And by working on I definitely mean “spending an inordinate amount of time thinking about without actually producing a result.” I’m still not sure there is one answer. Rather it seems to be a whole list of ingredients—geographical, cultural, and historical—that mix together to make one creepy, balsam scented state cake, big enough to fit all other New England states within its borders.

(Hire me, Tourism Board.)

When it comes to states that are way out there, only Alaska and Hawaii get the drop on Maine. We are connected to the rest of the U.S. by only one border, and that lone border with New Hampshire is only a third of the length (if that) of the one we share with Canada. In another timeline we might even have ended up as part of Canada (oh what could have been, our maple-loving cousins). And I wasn’t joking earlier when I said that all the other New England states can fit inside our borders. Maine has 35,385 square miles to its name, a lot of it jagged granite coastline or dense forest interrupted by the occasional towering mountain peak. Of the some 4,600 islands that make up a large part of our coastline, those that are inhabited can be reached only by personal boat or the occasional ferry—if the weather gets bad enough and you’re not on the mainland, you’re on your own.

What’s more, easily two-thirds of this state, from islands to the north woods, is what you might call “off the beaten path.” The roads go there, sure (or the ferry), but not many roads (or ferries). And when you get there, don’t be surprised how few people you find. Which brings me to my next point.

Welcome to Maine, the land of “if I can see my neighbors it’s time to move farther out of town.” I kid, but here are the facts: Maine has a total, statewide population roughly the same size as that of Dallas, Texas. But unlike Dallas, where that population is contained within some 385 square miles, in Maine those approximately 1.3 million people are spread out across the aforementioned 35,385 square miles. That’s about 41 people per square mile. If we were spread out evenly. But most of the population of Maine lives in more southern parts of the state. Bangor, the state’s third largest city—about 32.5 thousand people—is also its most northerly. But it’s a long way from Bangor to the northernmost Canadian border. A lot of Maine, a lot of empty land, not a lot of people.

You know that Alien tagline “In space no one can hear you scream”? Try screaming the middle of the woods in northern Piscataquis County.

I honestly think we’ve lost more things in Maine that we’ll ever remember. Those woods I keep talking about, the ones that cover a massive swath of the state? One of the reasons they creep my out so much is that they eat things. You go hiking in the North Woods, and who knows what you’ll see. Especially if you’re off a trail and going cross-country. Old building foundations crumbling back into nothing? Cars older than you are just sitting in the middle of the wood, as though someone drove them there once—but when, and how, because the roads don’t go there (if they ever did)? My personal favorite are the Ghost Trains up by Winslow.

I found the abandoned Allagash trains today! It was definitely worth the long drive/hike. The pictures don’t show how massive these things really are! It’s no wonder why they just left these beasts in the middle of the woods once they became obsolete. I highly recommend seeing them if you are in the area! #allagash #allagashtrains #ghosttrains #abandoned #abandonedtrains #maine #exploremaine

Two massive steam engine locomotives, abandoned there at some point after the death of the railway that used to cart wood from the North Woods to Bangor mills back in the 1920s. Now they just sit there, monoliths among the trees. The remnants of a lost way of life that once shaped an entire state. There are a lot of old train tracks that wander deep into Northern Maine that haven’t been used in years. Just grown over roads for the deer now. Or whatever else lives that deep in the woods.

And it’s not just the woods of Maine that are full of lost things. The coast is studded with tales of shipwrecks and lighthouse ghosts. There’s even an abandoned township on an island in the Kennebec River mouth, where a few of the old (really old) houses are still intact even though no one has lived there since the 1940s.

And Things That Should Never Be Forgotten

And then of course there’s Malaga Island. It’s empty now, except for some gear sometimes stored on the shore by local fisherman, but once the 41 acre island off the coast of Phippsburg was home to a mixed race community of fishermen and their families; small, maybe not thriving, but managing. They even had a beautiful schoolhouse of their own. It was also the sight of one of the darkest moments in Maine’s history, where racism, classism, and plain, unadulterated human greed perpetrated a heinous crime for which no amends can ever really be made.

In 1912 the Governor of Maine had the entire community evicted from their homes, intending to repurpose the island for use in the already booming tourist trade. Some left on their own, others were forcibly removed. Of those taken from the island, the entire Marks family—two grandparents, their four children and one grandchild, were forcibly committed to the School for the Feeble Minded; which is also where the dead of the Malaga Island ended up when, in a final act of indignity, the state dug up the island cemetery and dumped 17 bodies into five caskets and buried them in the cemetery at the School. What had the Marks—what had anyone on Malaga—done to warrant such cruelty? They were black or poor or both and, worse still in the eyes of their persecutors, they were taking up valuable space.

It didn’t seem right to talk about what makes Maine the way it is without touching on the true darkness in the state’s past. The human evil, no supernatural entities needed, that tainted the history of this place, and left memories more terrible than all the ghosts stories we can devise.

For those wanting to learn more, there is a research page on Malaga Island hosted by Bowdoin College, and Maine Experience ran an episode on Malaga back in 2006 that you can watch on Maine Public.

Maine may not look like much on a map; constellations of small towns held together by faded, cracked roads that stretch for miles through the empty countryside, lots of trees, lots of rocks. But in our geography, in our history, and even in our stubborn, independent culture, there is a rich mine of inspiration for tales of things that go bump in the night. Memories and ghosts alone haunt this state, and though in some other places more people have died than have ever lived in Maine, hundreds of lives have left their marks on this place, in the things they did or the things they left behind.

All places have history, and all places have their own ghost stories and urban legends. In that way Maine is nothing special. But there is something here, maybe something not entirely definable. Maybe something that results from the combination of all the factors above, and draws writers to Maine, inviting them to use us as their stage and tell us all their darkest, scariest stories. And I for one welcome ever new horror or thriller set in my beloved, scary Maine with open arms.

As I said, the winters are long, and dark.

If you’re interested in learning more about the legends and events that have, along with our horror-inviting geography, made Maine a horror setting of choice, make sure to check out the Lore podcast episode “The Big Chill”, or pick up a copy of one of University of Maine Machias faculty member Marcus LiBrizzi’s books about the various ghost stories and hauntings of Maine.

And for more fiendish Book Riot content, be sure to visit our Stephen King and Horror Archives.