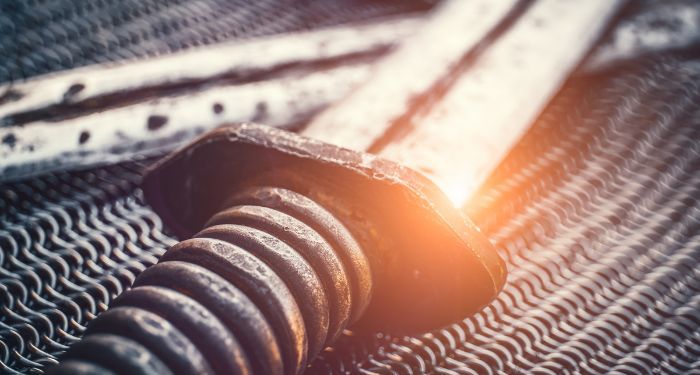 Obviously not all fantasy series are about war, but a lot, and I truly mean a lot, of fantasy series are. When you think of big fantasy book series, there are often political machinations. Characters discuss where the troops should be posted to defend borders or how to collect supplies for the next fight. Entire first books of epic fantasy series are dedicated to training new recruits to fight so their country might win the next battle. Of course, in a fantasy series, there is also magic to consider. Characters mull over when they should deploy the dragons, magic users, magic creatures, or magic weapons if they want to win. Now we get to the question Akwaeke Emezi asked on Twitter: Why are so many fantasy series about war?

Mythic, religious, and folkloric traditions directly influence Fantasy as a genre. All three have stories that show magic and war working hand-in-hand. Even in fantastical stories, a culture’s relationship to war appears again and again. Magic, myth, and monsters become tools of war in stories with fantastical elements over time. It is unsurprising, then, that fantasy series are still primarily about war. Although a complete accounting of the global impact of magical wars have defined many academic’s careers, here are some of the western basics. Let’s start by looking at the long tradition of epic poetry, a genre known for its love of magical battles, fights, and wars of all kinds.

The Greeks, Their Epic Poetry, and Fantasy Series About War

Some of the oldest existing, widest read epics are Homer’s Iliad and Odyssey. The Odyssey is about a long return from war, and still contains many violent mythological encounters, but The Iliad is inherently about war. The Iliad was written in ancient Greek around the 8th century BCE, is set during the Trojan War, and features mythic warriors. The poem questions the role of fate and the gods in the lives of men. Ultimately, the experience of war is an integral part of characters’ lives in The Iliad.

A recent public-facing humanities project led combat veterans through readings of Homer’s Iliad and Odyssey to unpack their personal experiences. The project shows the ways the epic, filled with fantastical elements, still speaks to modern experiences of war. Further, even if Homer’s god-filled epics do not inspire every fantasy writer to include war, there are still all the other fantastical war-focused literature to contend with.

An English Epic with an Impact on Fantasy Series About War

The Old English epic Beowulf, written around the year 1000 has everything medievalists like J. R. R. Tolkien love about medieval literature. The poem has monsters in the sea — that sea monster, on land — Grendel, under lakes — Grendel’s mother, and in the air — that dragon. The poem has it all — fights between kingdoms, marriages across enemy lines brokering peace, and stories where even the best peacekeeping methods do not work. The epic contains wars on so many fronts — they are inescapable.

It is no surprise to me that J. R. R. Tolkien, a man who championed the epic, used that inspiration in his fantasy series, The Lord of The Rings. Both the fantastical and warlike elements from Beowulf influence the depictions of war in his series. Even magical creatures like elves are armed with bows and arrows and are not exempt from warfare in the novel.

The Impact of the War Novel on Fantasy

And if the tradition of magic and war was not so strong in epic traditions, you cannot ignore the role of modern warfare in the fantasy genre. Inspired by the war novel, Military fantasy became wildly popular after the World Wars. Book series like R.F. Kuang’s The Poppy War series, Brandon Sanderson’s The Stormlight Archive series, and Evan Winter’s The Burning Series are all fantasy war epics that center soldiers, spies, generals, and emperors in a great, endless war. Characters have endless access to magical forces and, as readers, we see the full destructive potential of tactical magic. Magic destroys scores of people and everyone in the fantasy world must deal with the physical and emotional damage that comes from a magical war.

Why are fantasy series about war are popular?

So, we are at a place where following epic story patterns means including war in fantasy series. Sometimes characters need to overcome the obstacles war presents to them. In these fantasy series, it is epic to defend your country, even when it crosses your personal boundaries or destroys your life. When we add war to fantasy, the sacrifices of real war stay in circulation.

Sure, fantasy sub-genres like cozy fantasy, feel-good fantasy, and fantasy romance books exist and are wildly growing in popularity. However, it is mostly in response to people wanting to read a fantasy book that does not contain war. The literary tradition of magic and epic battles and even more epic wars is strong.

You may have noticed a majority of the works I mentioned come from white cis male authors. The epic battles and epic poetry draws on tend to be male-led, with male political interests at the center of the wars, and men mythologizing about the conflicts after. Centering war-based nation-building in fantasy worlds is not exclusively the domain of white cis men, but you cannot ignore the pattern in some of the best-selling authors in the genre.

People, including myself, like political intrigue in their fantasy novels. So it is fair to say wanting to write and read about war in fantasy novels does not follow the gender binary. Plenty of admittedly less popular fantasy series about war are written by people who are not white, cis, and/or male. It is interesting to see characters outwit one another. Tying battles of wit to lives on the battlefield completely changes the stakes involved with the situations.

What do we do now?

There are a lot of potential answers to the question “Why are so many fantasy series about war?” Maybe the literary tradition demands magic and war continue to march forward together to give stories the stakes drawn from the epics of old. Maybe that’s what got popular when fantasy was establishing itself as a genre. Maybe we want to process war but remove it from everyday life by adding a magic sword and a dragon. Maybe it is none of those things or all of those things. The follow-up question I think we need to ask ourselves as fantasy fans is “Do we want to read more fantasy series that aren’t about war?” If the answer is yes, we all have a lot more work to do to get there.