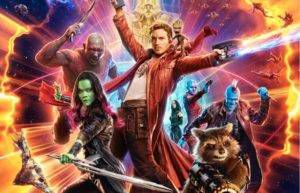 It’s obvious from the near-constant stream of comics adaptations that Hollywood is intent on mining our fine paneled friends for everything they’re worth (which is usually in the neighborhood of several hundred million dollars). Or, at least, that’s what it seems like at first glance. After all, before the end of the year, we’ll get the just-released Guardians of the Galaxy Vol. 2, Wonder Woman, Spider-Man: Homecoming Thor: Ragnarok, Justice League, and, on the TV front, Netflix’s The Defenders (it’s possible I’m forgetting one or two or ten).

That sounds like a lot (and, I guess, it is), but it’s clear that, for as fast and thick as the adaptations seem to be coming, the reality is that almost all of them are risk-averse, superhero-laden tent poles delivered by DC and Marvel.

Which leads me to wonder: if we’re in some sort of golden age of comic book movies, why aren’t we seeing adaptations of a wider range of comics genres?

The easy answer is, of course, money.

Four of the 10 highest-grossing films in the U.S. last year were adaptations of Marvel or DC-owned superhero properties (Captain America: Civil War, Batman v. Superman: Dawn of Justice, Deadpool, and Suicide Squad), with one more (Doctor Strange) knocking on the door. Go back a few years and you’ll find similar numbers (though 2015 was a weird exception). With the occasional outlier, these movies turn huge profits, and, if the movie industry has taught us anything, they will continue going to a given well until it is bone-freaking-dry. The superhero well has held up thus far (though DC’s is feeling a little shallow at the moment) but I can’t help feeling as though the bucket may scrape bottom someday soon.

Maybe that’ll be the day that something like Nimona or Saga or Sex Criminals or Y: The Last Man or Fables or one of the dozens of other excellent, non super-hero comics out there in the world just begging for adaptations will get their shot.

And don’t throw The Walking Dead in my face. That show’s success actually proves my point: non-superhero adaptations can do incredibly well in the right hands and given the time to find an audience. Plus it’s a TV show. Which, now that I mention it: it’s even more baffling that more comics adaptations haven’t found their way to our smaller screens, since (A) a broad range of adaptations (most recently The Handmaid’s Tale, American Gods, The Leftovers) are finding tons of success, and (B) TV’s serialized nature is an even better fit for adapting comics that film is.

Listen, I know that non-superhero comics adaptations have a bit of a checkered history (From Hell, anyone?), but so do their capes-and-tights counterparts. It’s easy to look at Marvel’s recent run and feel like Superhero movies are as invincible as their subjects, but any kind of close scrutiny pokes some Fantastic Four-sized holes in that belief. Holes big enough for Ghost Rider to ride his motorcycle through, even.

If we’re intent (and, I guess, for some reason we are) on giving Punisher a third bite at the apple, it’s only fair that comics bringing fresh ideas to the table should get their day in the sun. That’s a lot of metaphors, and none of them had to do with money, so let me simplify for any TV or Movie producers that may chance upon this little plea of mine:

Superheroes are fine. I like them. Lots of other people like them also. But you should make movies and shows about the other kinds of people from comics.

You know, comics? The things superheroes came from in the first place? Yes. They make those, but with other sorts of stories.

Let’s do some more with those stories, shall we?

P.S. – TV and movie people: if you need specific recommendations, feel free to start with the ones I listed above. Alternately, ask any one of the literally millions of people who read comics that don’t have superheroes in them. They’re everywhere, and I promise that they will have no shortage of suggestions.