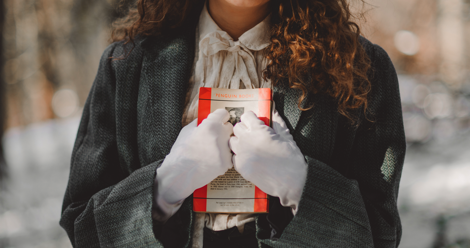 Some people believe there is never a right time to get rid of books. I would bet that those people make up the majority of Book Rioters. But I am not one of those people. I am a huge proponent of getting rid of things, Marie Kondo-style, when their time has come – and books are no exception to that rule. Having just gone through a major move (one that involved carrying box after box up five flights of stairs — thanks, New York) my resolve is stronger than ever that there is such a thing as too many books.

Here are five reasons to get rid of books:

1. When you have multiple copies of the same book.

My house has a lot of double books, mostly because my sisters and I would all read the same books and we would steal them from each other before we were finished, and for the sake of household unity we HAD to buy extras. Now, however, I like to think we’ve matured enough to jettison the extras. There are exceptions to this rule. They include: special edition covers (NOT the movie cover), and versions of the same book in other languages. For example, I collect copies of Jane Austen’s Emma, because it’s my favorite and there are a million different editions. Another exception? I have two sets of Harry Potter books: one set in mint condition, whose spines remain unbroken (to be passed down from generation to generation) and the copies I have actually read (twelve times each). Those are stained with tea (from my sister Madeleine), bathwater (also Madeleine), blood (I lost a tooth on Goblet of Fire). Our “to read” copy of Deathly Hallows is actually in two pieces from so much frantic flipping. Part One and Part Two, I guess.

2. When you love the book, but someone you know will love it even more.

Let’s all just agree that lending out books is a farce. The lendee will excitedly accept the book from the lender, vow to start it right away, and then put it on their kitchen counter to serve as a de facto coaster until a year later when the lendee inevitably reveals to the lender that they just “got really busy” and never had time to read it. Or they didn’t like it. Either way, the lender will only get their book back if they go looking for it. Alternatively, the lendee loves the book so much that they simply steal it and keep it forever (like I did with Madeleine’s copy of If On A Winter’s Night a Traveler by Italo Calvino). The solution is this: when you know someone who would love a book, maybe even more than you did, forgo the usual lender/lendee dance and just give it to them. Less clutter, less anxiety, and you will feel good about yourself.

3. When you hate the book but it’s a bestseller/a “classic”/your friends love it.

Sometimes, it’s just not practical to maintain piles and piles of every book you’ve ever read. When you live in a small apartment, for example, and need room to walk. When you live in one of HGTV’s Tiny Houses. When you live a very mobile lifestyle and have neither the time nor the upper body strength to lug big boxes of books from place to place. This is the time when it makes more sense to keep a small, curated library of 5-10 of your all-time favorites, supplemented by a library card and a Kindle. Same goes if you’re tight on money, by the way – books are expensive! You can be a book lover without owning a Pinterest-perfect custom shelving unit, or enough hardcovers to arrange them by rainbow order.

5. When you didn’t finish the book and know in your heart you never will.

For me, this book is Joyce’s Portrait of the Artist as A Young Man (who am I kidding – it’s all Joyce). For my sister, it’s Anna Karenina. And I think this is a fairly common scenario: the classic book you “should” be reading but constantly toss aside in favor of literally anything else that comes your way.  For others, these are self-help books that were abandoned once things started looking up; a book someone lent you that you didn’t like as much as you thought you would when you begged them to lend it to you (there’s that fraught lender/lendee relationship again); a book you bought during a short-lived obsession with a certain historical era. I’m not saying all unfinished books must go. I’m saying that if you’ve done the proper soul-searching, and you know – really know – that it’s never going to happen for you, thank the book for its time and move on. Your story is over.

What other reasons do you have to get rid of books?