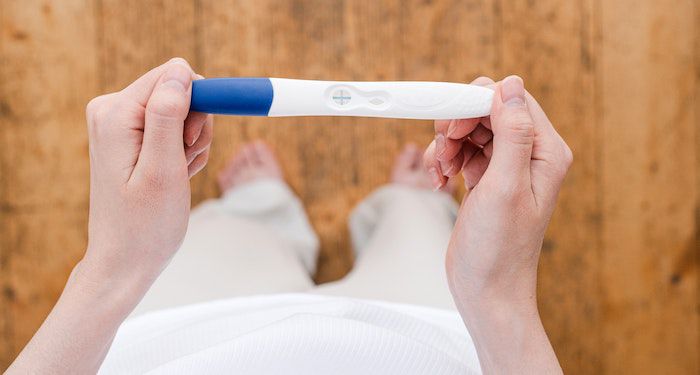 A disclaimer: I do feel the need to say, before you read this, that this is not knocking those who have more than one child. This is not a competition; whether you have no kids, one kid, many kids — no judgment from me. Parenting is hard enough without judging each other. This is just a  reflection on my own life, not a judgment on others’.

I have one child, a son.

I try not to say I “only” have one child, or that I have an “only child.” I’m a big believer that words matter, and it includes terms we use regarding parenting and families. Growing up, I always thought I’d have two children. But life has a way of working out in ways we don’t expect, and I’m a single mom to my amazing kiddo.

He recently turned five, and soon after his birthday, I started wondering whether I would — or could — have another child. I’m 40, and while several friends of mine had/are having children in their 40s, age was still the first thing that came to mind. Which, by my own admission, is ridiculous because I know plenty of “older” parents. Still, I feel like perimenopause is on the horizon and so it’s something that crossed my mind. And of course, the world is on fire and it’s obscenely expensive to have even one child, let alone several — especially as a single parent. But I also know that many people do it. I’m not the only one who’s torn when I think about this: there’s even a great book about all of the ambivalence about having babies in the first place, called Maybe Baby: 20 Writers Tell the Truth about Skepticism, Infertility, Baby Lust, Childlessness, Ambivalence, and How they Made the Biggest Decision of their Lives.

Let me be honest, though: it took five long years to even get to the point where I wouldn’t laugh or visibly recoil if someone asked me if I was having another. My son barely slept for three years. Literally. I don’t think I had more than 3–4 consecutive hours of sleep for that long. The early years of single motherhood were not easy for me by any means, and although sometimes I wrote about it on my social media posts, very rarely did I share the whole story of just how bone-crushingly hard it really was. And I was lucky to have the support of my family, who would come over so I could take a nap, help me with laundry, or even take him for a few hours so I could make a dent in my work. I don’t regret it at all, but it was hard. After he went to preschool, I would look at parents pushing a stroller or carrying 89 tons of baby gear around, and all I felt was sheer relief washing over me that that part of my life was over.

I was perfectly content to read books like Like A Mother by Angela Garbes and Little Labors by Rivka Galchen, knowing I was at a safe distance, so to speak. I happily walk past the baby section at Target. I love seeing the clothes and books that my son picks out by himself. I love seeing his creativity in his independent play and the entire worlds he makes out of LEGO. I don’t miss the 12 daily outfit changes because of spit-up or blowouts, and I revel in the ability to take daily showers at normal hours instead of waiting for him to finally and briefly fall asleep — although I will say the phantom crying still happens. He’ll be going off to college and I imagine I’ll still stop the shower because I think I hear a baby crying.

As a single woman, I went out of my way to use ART to have a child, and I still felt (and feel) this way.

That’s the kicker: in life, things can be messy; they can be both/and.

So when I started to imagine him as a big brother, I was completely thrown. I started to seriously wonder if I could, as a single mom, juggle (and afford) two kids. I am finally in a space where I can pursue my own interests, whether it’s Montessori teacher training or relaxing all night watching a show after my son goes to bed. I’m finally exercising on a regular basis, which has been exponentially beneficial for my mental and emotional health. I couldn’t do any of that before. More importantly, I am finally at ease in motherhood. I don’t have it all figured out, but it’s definitely smoother sailing.

There’s a Book For That

As with most things, I turned to books. While there are many, many books on siblings and parenting, there are far fewer books about only children, let alone good books. Lauren Sandler’s One and Only: The Freedom of Having an Only Child, and the Joy of Being One, spoke to my soul. She not only writes about her own childhood and parenting journey, but she also incorporates plenty of research about only children, demolishing many of the stereotypes and myths we’ve been led to believe about them.

Some people might read that and think how selfish, whereas others of us read that and think, what great self-care. There’s also the fact that while news outlets are lamenting the fact that people aren’t having children, America also isn’t making it friendly enough to do so: no universal healthcare, fertility services aren’t mandated to be covered by insurance in many states, no mandatory or universal paid parental leave, no universal daycare, and our maternal mortality rate is downright shameful, particularly for Black birthing people (spoiler alert, we rank last among developed countries).

And still, even in the face of all of this, I think of my already small (very small) family, and think how it might be nice for my son to have a sibling. I ended up picking up Second Thoughts: On Having and Being a Second Child, by Lynn Berger. I myself am not a second child, but wanted to read this anyway. Berger notes that while there are a lot of books that debate the decision to have a child in the first place, there are fewer books that focus on the decision to have a second one. She writes, “I knew what I longed for, and at the same time I didn’t know that at all. I had no idea, after all, what this specific form of repetition would entail, didn’t know what it meant to have a child when you already have one.”

But even Berger writes, in her examination of only children, that many stereotypes of only children are just that: stereotypes, with no evidence. She writes, “The one thing only children do struggle with…is the prejudice around being an only child.” Berger is not necessarily trying to convince the reader either way. She’s not advocating for stopping at one, but she’s also not pushing the reader to have another. She mixes memoir with reportage and research, but even the memoir is not precious or saccharine.

I don’t have any answers right now. I enjoy every day with my son. We laugh, we play, we go to the library — there is nothing missing from our days. Our family is small, but does not feel lacking. Of course, the longer I stay in this liminal space of wondering-but-not-doing, the less likely it is that my son will have a sibling. And that’s okay, too. I was never really concerned about the “only child syndrome,” but these books have put to rest any other developmental concerns about a child with no siblings.

Perhaps it’s weird, to turn to books to help you think about a major life decision, or to look for reassurance for something that only you have to come to terms with. Or maybe, in a society where so many of the parental communities and supports that we need just don’t exist anymore, especially during a pandemic, it’s not so weird at all.

Books About Parenting That Tell It Like It Is