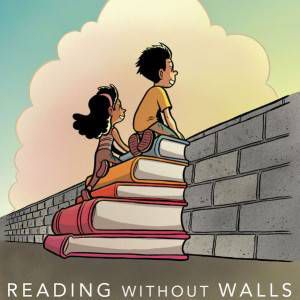 Welcome to the monthly round-up of all things relating to young adult news. Here’s a look back at the big stories of December and early January. You can read previous installments by clicking here.

December is usually a quieter month in the book world, and last month was no exception. The regular monthly “What YA Talking About” column will feature a look at not just the news from last month, but the big news that kicked off 2016. 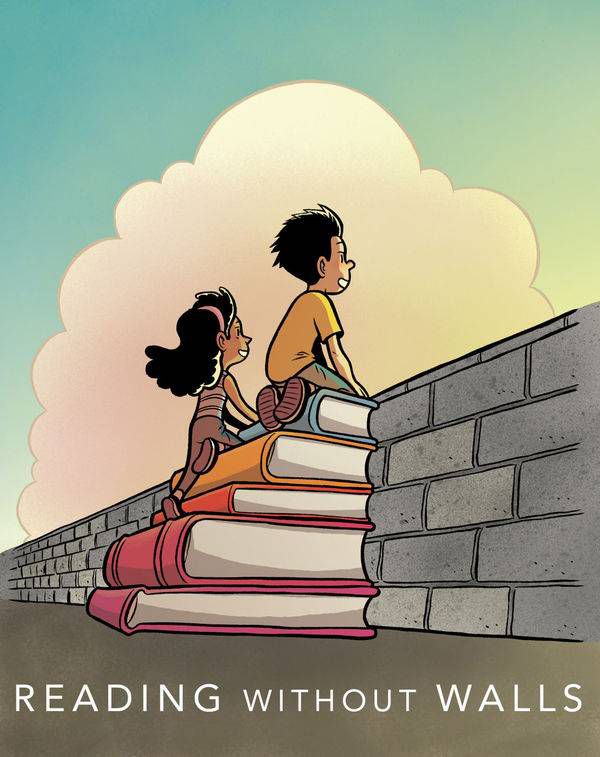 Let’s start it off with talking about the biggest recent YA news: Gene Luen Yang, graphic novelist behind the YA titles American-Born Chinese, Boxers, and Saints, as well as others, was named the National Ambassador for Young Peoples Literature by the Library of Congress. His platform over the course of his two-year service in the role is “Reading Without Walls” — it will highlight the importance of books for all kinds of readers across all kinds of formats. He’s the first graphic novelist to be named to the role. Keep an eye out to see him speaking in various places across America, including as one of the children’s breakfast speakers at Book Expo America

“Best of” season and “awards” season fall right on the heels of one another. A few noteworthy lists to check out that maybe haven’t been floating around as widely include the Morris Awards shortlist, which honors up to five novels written by first-time authors. The winner is announced at the American Library Association conference, and by the time you read this news post, it’s likely one of these five reads will be wearing a gold sticker. (Side note: you’ll be able to read all about this year’s American Library Association YALSA book award winners in the next edition of this news round-up, but if you want to see the fun, check the hashtag #ALAyma on Twitter). Audible named their best YA audiobooks from 2015, and this year’s winner and slate of finalists looks pretty good. The Ables is completely new to me.

My favorite annual list of bests comes from the Cybils awards. These titles are selected by bloggers in the children’s book world and look to highlight books which marry literary strength with reader appeal. All of the books considered come from nominations from readers of all types, so it’s a wide swath of titles. This year’s short lists were announced on January 1 in YA fiction, YA speculative fiction, teen graphic novels, and YA non-fiction. The winners in each category will be announced on February 14. A few Book Riot favorite titles showed up on these short lists, too.

In “wtf” news, a self-published author posed as a Penguin employee and catfished a pile of young adult bloggers in an attempt to get reviews for her own book. This is one of the most bizarre things I’ve read in a long time. Jon, who put together all of the emails and story at his blog linked above, is a teenager, and from the looks of it, many of those who were targeted were teens. I know how I’d feel as an adult being reached out to like that, with the wherewithal to maybe snoop out the inconsistencies before being targeted, I’d be angry and confused and hurt about being taken advantage of. I cannot even fathom what it must feel like to have had this happen if I were a teenager — I’d feel downright unsafe. Pro-tip: don’t do this. If you want reviews for your self-published book, then pitch your self-published book.

Over the holidays, the YA world lost one of its writers. C. J. Omololu, author of Dirty Little Secrets, The Third Twin, Transcendence, and Intuition, died after a battle with cancer. If you haven’t had a chance to read her books yet, you should.

YA book covers are one of my favorite things to look at and talk about. There’s never a shortage of fodder, especially as covers get repackaged. But the recent change with Marie Rutkoski’s “The Winner’s Curse” series did something I haven’t seen before and think is pretty neat. The first two books in the trilogy have been released with a style of cover; when the publisher announced a repackaging of the books, the new look would start on the third hardcover and carry over onto all three of the paperback editions. For readers who want consistency in their series covers, this sort of change is frustrating. More, readers like this one, point out that the change makes the series look too similar to another popular YA series. None of this is particularly new in the YA world, but what is is that the publisher responded. . . and their response was to publish the third hardcover with the original design and repackage the new series entirely in paperback. This way readers can choose what they’d prefer and can keep their series consistent in its look.

Finally, let’s take a look at a pile of adaptation news: