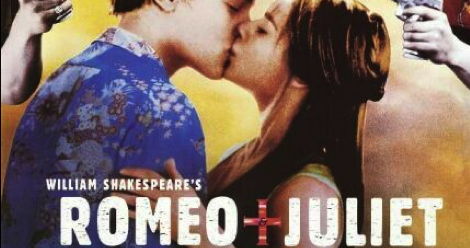 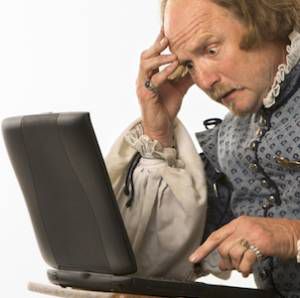 When it comes to doing wacky things with his plays, Shakespeare does most of the heavy lifting. Mistaken identities, hasty stabbings of the man behind the curtain, and sudden marriages happen more often than they don’t. Still, when producing his works folks like to mess around with the costumes, historical periods, and locations as often as they don’t. To them I say this: go wild! Truly, knock yourselves out. I don’t think Will would mind and neither should we, because frequently we’re able to say something new with those creative juxtapositions and anachronisms. Frequently, it really, really turns out great.

Sometimes it doesn’t. Though I am firmly on team Do Weird Shakespeare, sometimes creative choices give me pause. If you believe that pleather catsuits somehow unearth a theme hidden in Julius Caesar, I will trust you and I will watch it. There have been a few film adaptations, however, that left me asking “what in the world is happening and why?” Here they are, in no particular order.

Love’s Labour’s Lost (2000). Before he achieved fame and prestige for directing the film adaptation on Marvel’s Thor, Kenneth Branagh was all about them classical theatre skits. Okay that’s not really fair. He also played Gilderoy Lockhart in Harry Potter and The Chamber of Secrets. Okay, seriously—he’s a great actor, having worked for many years with the Royal Shakespeare Company on many fine productions. He also brought Shakespeare to the big screen to great effect. This particular flick is maybe not one of those times. The film gets an A for effort in terms of doing its best to appeal to a younger crowd since the cast is largely what you’d get if Clueless and Scream had a baby. But effort is sometimes not quite enough.

The Most Questionable Choice:

The cast closes out the movie by dancing together and singing “There’s No Business Like Show Business.” Yes, I understand the setting is like the golden age of movie musicals. Do I understand why the choice was made to set it there? No. No I don’t. It’s fun, sure, but had me like “???”

Timothy Spall as Don Armado. Do I deny my soft spot for the dude who played Peter Pettigrew in the Harry Potter movies? I don’t deny it. His performance as the eccentric Don is too ridiculous to deny loving, also. 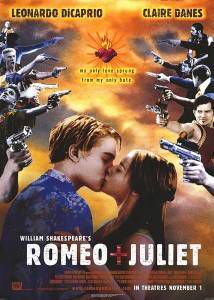 Romeo + Juliet (1996). It really pains me to be critical of this one, friends. It does. I was perhaps the perfect age to enjoy this unironically when it first came out, and I have seen it ten thousand times since. The movie looks sexy as heck, true, with the hot ocean breeze and open, flowing shirts and Claire Danes in general. And at the time, my mind was legit blown by the fact that the weapons in the script (e.g. Longsword model shotguns) were passed off as models of various high-powered peashooters. And the courier company used by Friar Laurence called Post Haste. Post Haste! Get it? I got it, lots of years later. And it was good.

Well. The movie was billed as “William Shakespeare’s Romeo + Juliet,” just in case 90s teens were expecting Ben Johnson’s version or something. But next to some of the very wooden performances that didn’t do us any favors in unlocking the meaning of the text, I’d call it pretty forgivable.

Paul Rudd! He kills it as the sunny, dopey Paris who does his best to be a good suitor, and in this production manages to not get killed by Romeo for some reason. Good on him! His speeches are clear and lively, if brief. Also, it was illegal to make a movie marketed to young people in the 90s without Paul Rudd. Some laws are in place for a reason.

Mercutio in a dress.

Macbeth (2015). Ah, Mackers, aka The Scottish Play—the famously cursed show that shall not be spoken of inside a theater unless you’re actually doing the show. It’s streamlined (the shortest by word count) with a pretty high body count, it has some witches, some people who are turned on by murder—something for everybody! I had high hopes for this adaptation, but it really missed the mark for me.

The decision to whisper like every line. The language is, by many counts, rather beautiful. So. Maybe use it? Speak the speech! I don’t know. I’m just a dude who writes on the internet. I’m not Michael Fassbender, in case you were wondering. (Or am I???) (I’m not.)

Going back to Shakespeare doing the heavy lifting in terms of wackiness, the plot point in which Malcolm’s people cover themselves in sticks and the prophecy that Birnam Wood comes to Dunsinane castle is fulfilled…pretty wacky. Kind of a stretch, maybe, even in a play featuring witchcraft. If you can’t tell the difference between a person behind a branch and an actual tree in ancient Scotland, then you should maybe not be a castle watchperson. This movie makes what I believe is a very cool choice by having the forest burn down, and as the ashes of the trees reach Macbeth’s house, he subtly understands that he’s in big trouble. Very, very nice touch.

I respect bold choices, and I respect people who like the bold choices I do not. After all, Shakespeare would encourage us to be inventive and to perform his works as we like it, am I right? Just. Maybe don’t whisper everything.