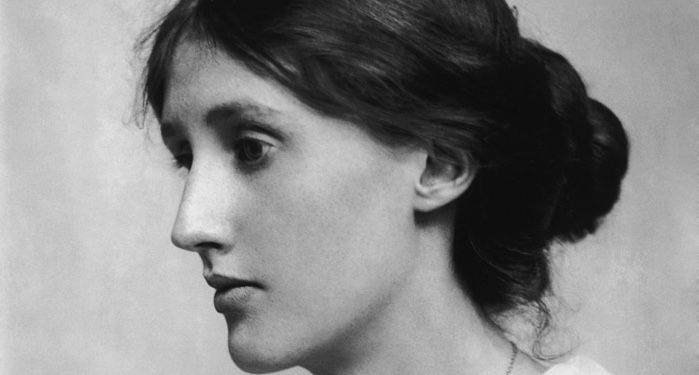 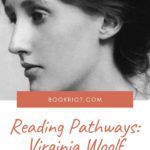 Virginia Woolf is not the easiest author to get into. Her works are heavy on imagery, and she often utilizes stream of consciousness to bury the reader in a flood of thoughts and emotions, which can be tough to deal with. But her works are beautiful and necessary classic works, many of which host queer characters, and many of which cope with gender roles and mental illness. So I’ve put together this small guide to help you ease into Woolf’s fiction, and to show you where to start with Virginia Woolf books. 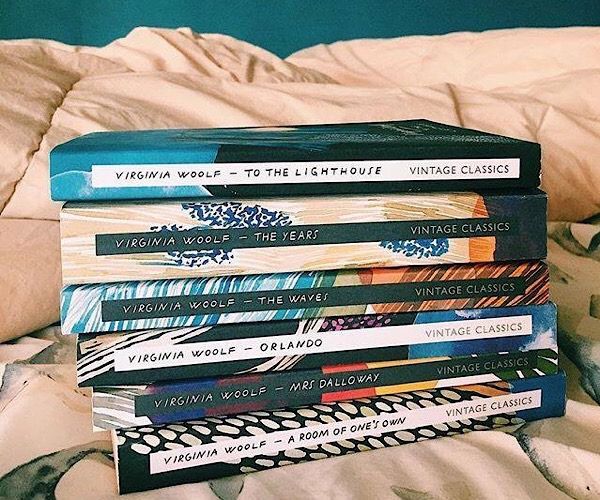 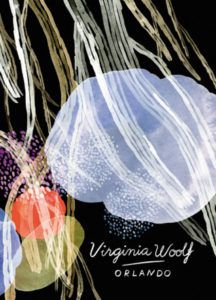 Most people would start you off with Mrs Dalloway. Woolf’s novels can be daunting, and many readers (including myself), assume before reading her work that she is a stuffy old lady writing about stuffy old stuff. But in Orlando, Woolf devastatingly satires gender roles and gives a shockingly clear and vivid portrait of a shift in gender identity. Orlando goes to sleep one night a man and wakes up a woman: Woolf walks the reader through the shift in pronouns from he to they to she, and then leaves it to the reader to decide whether this shift is due to magic or simply due to how Orlando presents herself. (Woolf had a genderfluid lover named Vita Sackville-West, and so it’s likely she had very complex ideas around Orlando’s transformation.)

Orlando is exactly the same as the day before, but is a woman. In the narration of one day, Woolf shows us how the way that Orlando is treated based purely on presentation of her gender then changes the way Orlando acts, pulling apart the idea that gender roles are biologically ingrained—the idea that women are born more shy or docile, for example—and instead emphasizing the point that these roles are taught by society and then internalized.

When I read this book, I was gobsmacked. Woolf’s work was much more daring than I had ever assumed, and I was blown away by how many issues she tackled, how far she went. It is a beautiful book that will introduce you to Woolf’s writing on a more straightforward bent than in her other books, and will also show you how daring Woolf was for her time on dealing with queer issues and gender roles.

Next comes this short, famous novel. Many find it difficult; it’s also short, and well-covered in online guides that can help you if you get confused, and that’s why it’s next. It introduces you to Woolf’s stream of consciousness and imagery, showing you how she uses this moment-by-moment stream to communicate a day to the reader, to show you the flow of the day from one to the next, and how she uses her methods to stir emotion and identification with the characters. This is such a great introduction to her work because it is short, making it more bearable for someone who isn’t sure how to start her writing, and will get you used to her sometimes complicated-to-follow writing. 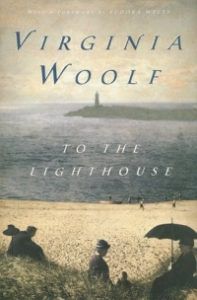 Many Woolf fans consider this their favorite of her works, and for good reason. The novel centers on the visits of the Ramsey family to the Isle of Skye in the 1910s, and focuses on many different protagonists. It is a bridge between Mrs. Dalloway and The Waves: Woolf uses a series of visual and emotional impressions to craft meaning. It is a beautiful novel that touches on the themes of motherhood and human relationships—in many ways, the book is autobiographical, as Woolf drew inspiration from the relationship of her own parents and how it evolved during her family’s trips to Skye.

I feel To the Lighthouse holds the quote that best summarizes Woolf’s purpose in her unique style, when Woolf has a painter protagonist wonder: “What is the meaning of life? That was all—a simple question; one that tended to close in on one with years, the great revelation had never come. The great revelation perhaps never did come. Instead, there were little daily miracles, illuminations, matches struck unexpectedly in the dark; here was one.” This excellently points to Woolf’s hopes with her experimentation and style: the idea that life cannot be neatly summarized, but that its meaning and tone is best given through these small moments and flares, given all together in a series. 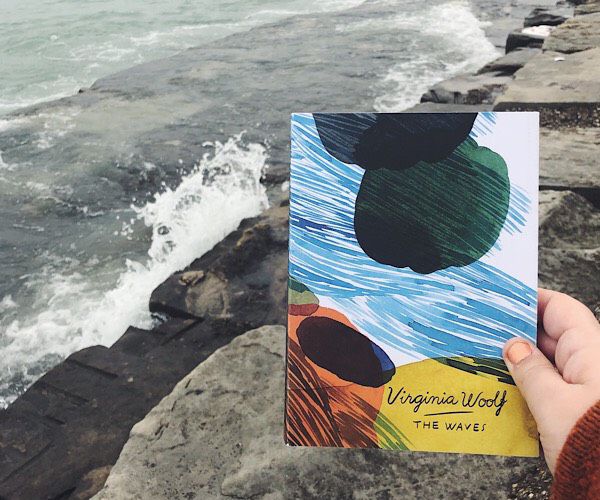 This novel is Virginia Woolf’s masterpiece. Her husband, who she consulted carefully on her work, told her as much after reading it. In her diaries, she wrote that The Waves was the culmination of what she had been trying to do in previous works. This novel captures a life as it happens, in small scenes and visuals, as it impresses itself on the people living it through changes in the light, relationships, small moments that mean everything in the grand context of a life.

Through soliloquies, Woolf gives us the lives of six childhood friends, as they grow: Neville, who is in love with strong Percival; Rhoda, shy and in her own tortured, dreamy world; Jenny, flighty, active, passionate; Bernard, who changes to fit the scene he’s in, always observing; Louis, who is lower class than his friends and fights always to feel like he is working hard enough; and Susan, who finds her roots in nature and the earth, in a family and a home.

It is an impactful and visual novel that is well worth the work you’ll put into it. After reading the stream of Mrs Dalloway, the vague timelines and subtle satire of Orlando, and the compact To the Lighthouse, you’ll be more than ready to tackle this breathtaking book about oldest friends, heartache, mental health, and growing old.

Are you now Woolf-obsessed? You’re not alone. I put these down here partially because they’re less well-known, but also because some of them are more difficult to track down. The Years is one example, a book that traces the lives of a middle-class family over many decades, and Between the Acts, a story of a village pageant that is sometimes funny and sometimes disturbing, is another. The Voyage Out is Woolf’s first novel, a book that contains the seeds of what will become her signatures, and that was written during a particularly poor time for her mental health.

Of course, she has stories in other forms as well. Her nonfiction is well known—A Room of One’s Own is a particularly historic text where she argues that women will struggle to become artists for as long as they are forced into economic dependence and are excluded from academic spaces. And I have found particular satisfaction from digging into her diaries: I recommend A Writer’s Diary highly, as Woolf discusses her works, their inspirations, their process, while also digging into her own mental health and struggle.