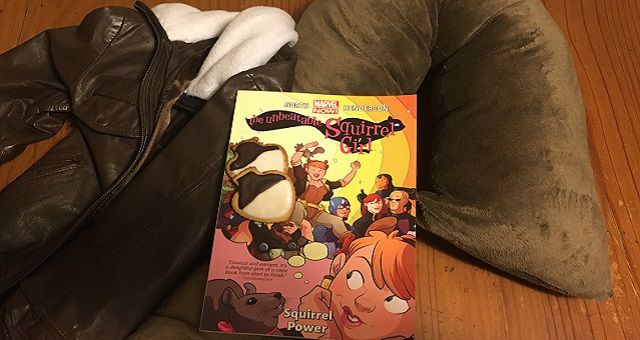 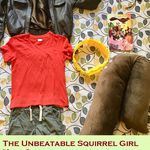 When our youngest child heard about the Book Week Parade at school, she started bouncing and bubbling with excitement. Almost a month before the parade, she came up with the idea of dressing as the Wild Rose fairy from our very old (and very loved) book, Flower Fairies of the Summer by Cicely M. Barker (circa 1923). And then suddenly, without any provocation, our 6-year-old announced to everyone, “I’m going to be Squirrel Girl.”

Part of me was very proud; mostly because the theme for Australia’s Childrens’ Book Week was “Reading is My Super-Power”. That means teachers could finally see comic books as “acceptable reading material”. And Squirrel Girl is positively one of the BEST role models for all kids today. Our 10-year-old son loves how Squirrel Girl thinks her way out of most conflicts, while the 13-year-old says her wacky sense of humour is refreshing amongst the heavy-laden sarcasm today.

However, part of me was like, “Squirrel Girl? But the Wild Rose Fairy was such an easy kids cosplay outfit to do!! Now I have to make a squirrel tail!” 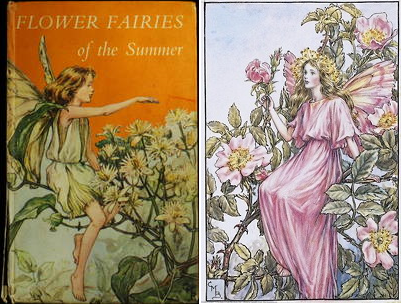 At first, my daughter wanted to dress as the Wild Rose Fairy. Looks easy enough.

Well, I have good news for Squirrel Girl fans!! If I can pull together a simple and casual Squirrel Girl cosplay for my 6-year-old daughter in under a week, so can you. And here’s how!! 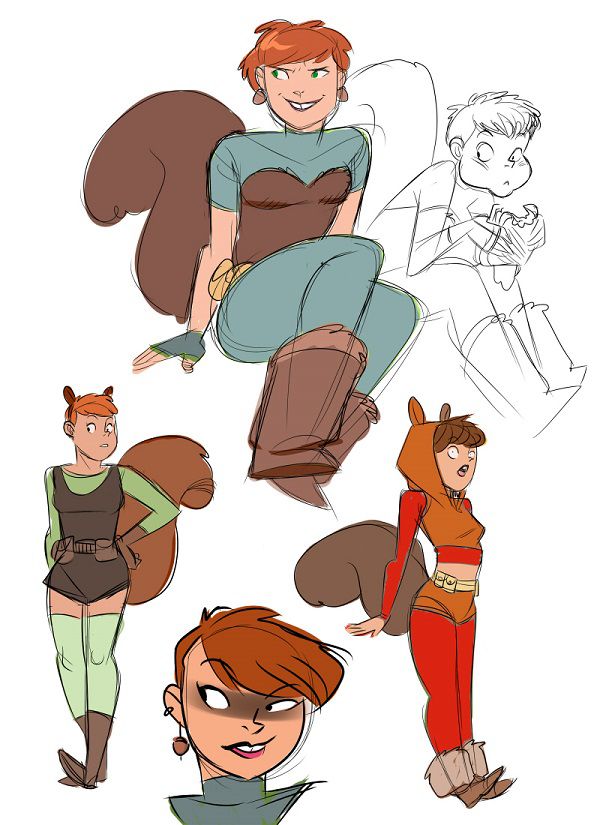 First up, you have to choose which Squirrel Girl you want to cosplay. The good news is there are plenty of options to choose from. There is Ditko’s original outfit in 1991 (with weird eye makeup), or Henderson’s modern approach with some very cute variations. Hell, there’s even a space Squirrel Girl outfit, if you are so inclined (apparently, our daughter is now so inclined). So long as you have the foundation pieces, you are pretty much set.

Since we were limited to a week, we passed on space Squirrel Girl this time and chose a casual approach to the Henderson’s earlier run.

What You Will Need

We found a small brown fake leather jacket at our local second-hand clothes store. It was clean and in great condition. You will be sewing clips into the jacket, so don’t go for a major purchase or use anything you want to keep in original condition.

And now for the most important critic of all: the 6-year-old daughter…

Just for that, I think I’ll bake you some nut-shape cookies as well. 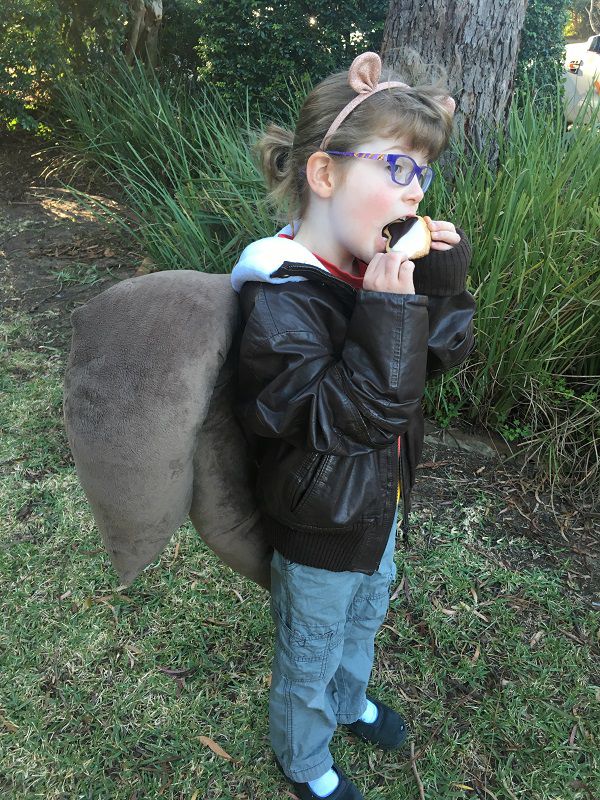 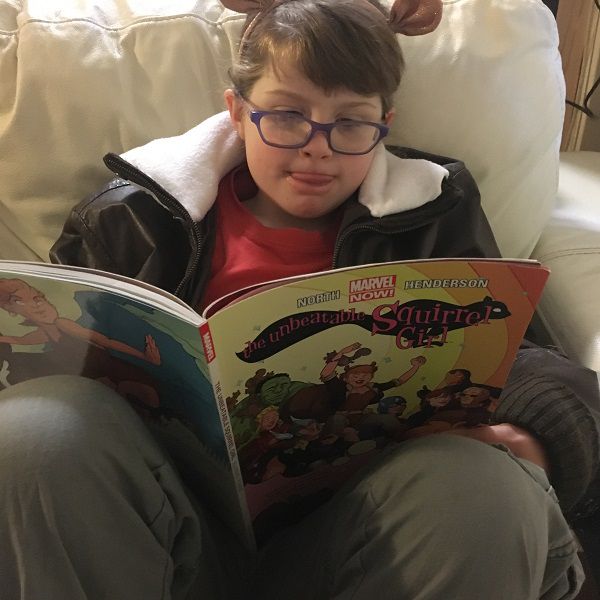