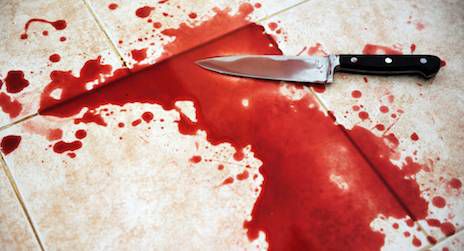 Or: why I’m worried you’ll think I have a murder cellar.

I’m not ashamed of much in my life, but there’s something about my fascination with terrible murders that I don’t want to have to explain to anyone. Partly it’s because I know that being able to enjoy true crime books comes from a place of privilege, my sheltered life means my exposure to any real crime has been as someone catching the evening news or seeing an update on Twitter, but partly it comes – I think – from the idea that someone is going to give me full of judgy eyes. Murder isn’t what nice girls are meant to read about. 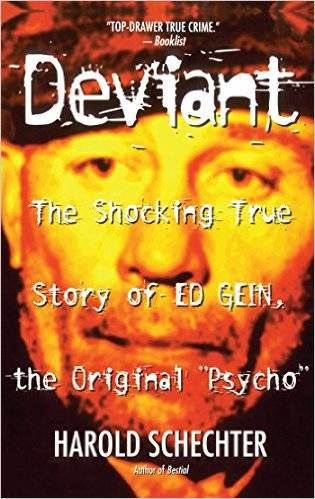 This, along with troll-based erotica, is another reason to be thankful for my Kindle, but sometimes I’ll get brave and take a library book out at the airport or a coffee shop. An author can really help me out by going with a poetic title like People Who Eat Darkness, others really do a number on me with bright orange covers and titles like Deviant: The Shocking True Story of Ed Gein, the Original Psycho. That’s not even a joke, author Harold Schechter’s other airport conversation killers include Deranged: The Shocking True Story of America’s Most Fiendish Killer! and Depraved: The Definitive True Story of H.H. Holmes. I’m pretty sure anyone who has seen me reading any of these assumes I have a murder basement complete with flesh shrine and a mummified cat called Hannibal.

And then, of course, there’s the victims. Real victims. I read about crime for the same reasons I read about chefs, primatologists or explorers: I’m fascinated by people and the extremes they go to and you don’t get much more extreme than serial killers. Unlike explorers or chefs, though, serial killers have victims, and the more interesting the story the more upsetting the victim count is likely to be. And I’m reading the books for entertainment? What the hell is wrong with me? I try and tell myself nothing, that it’s the same as reading about famous battles, but I wouldn’t hide my copy of Waterloo: The History of Four Days, Three Armies, and Three Battles from my dog walker.

I realize this is a problem only I can fix, and I intend to give myself a stern talking to right after I finish this chapter. At least popular culture is helping me out recently. First came Serial, then came The Jinx, and most recently Making A Murderer. Suddenly I wasn’t a skulking misery vampire anymore, I was part of a new trend, one where bros went on Reddit to type in CAPITAL LETTERS about cold cases and SNL performed skits. I’m going to learn to let my murder flag fly, flap by tiny blood-stained flap.