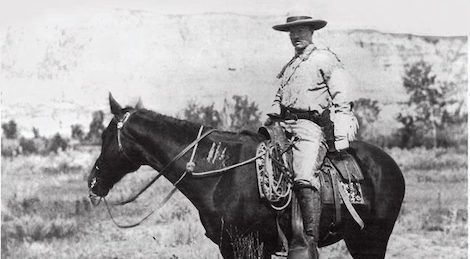 Theodore Roosevelt will be getting a Presidential Library in the small town of Medora, North Dakota. The library, slated for a 2020 opening, recently cleared the final hurdles in the state legislature.

Theodore Roosevelt was born in and is associated with New York, but he spent a large portion of his life in North Dakota. When he was 24, he visited the Badlands, and he immediately purchased two ranches. After the deaths of his mother and his wife on the same day in 1884, he became even more strongly attached to live in North Dakota, taking up hobbies that included hunting, ranching, and more. 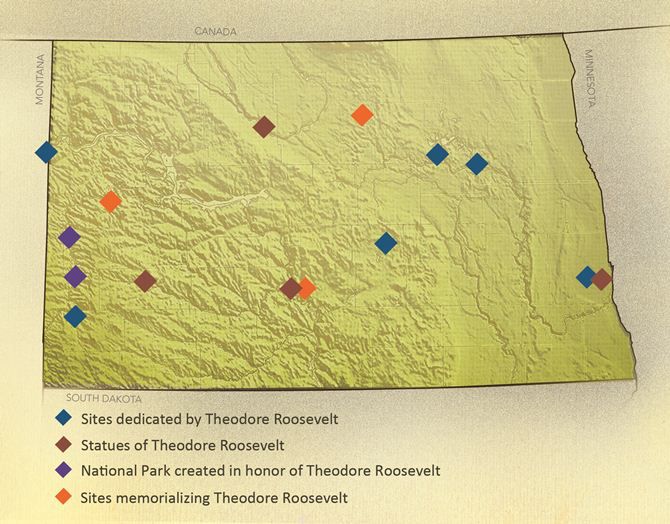 Lawmakers approved $50 million in funding for the Theodore Presidential Library endowment, with the agreement that an additional $100 million would need to be matched by private funds. This came after a significant amount of time debating the legality of funding structure and measures for the project.

The library and museum will focus on digitization efforts of presidential archives and ephemera, as well as offer a public space for learning about Roosevelt’s presidential legacy and ties to the state of North Dakota. “Typically, a presidential library consists of two ‘wings.’ One is the presidential papers archive, where documents associated with that president are stored, cataloged, and interpreted. The other is a public museum that examines the life and times of the president in question, with a particular focus on his (or her) presidency,” notes the website currently offering up-to-date information about the upcoming Theodore Roosevelt Library. “The presidential archive is the reason these national libraries exist, and that is why they are called presidential libraries rather than presidential museums. The Theodore Roosevelt Presidential Library archive will be mostly electronic, since the physical Roosevelt papers have long since been deposited with institutions like the Library of Congress. The work that archivists do is important, and visitors to the Presidential Library will be able to learn about and benefit from it. The museum will explore Roosevelt’s entire life—using physical objects, framed documents, quotations, films, touch-screen kiosks, timelines, and more. The Presidential Library will also host events—lectures, symposia, seminars, teacher institutes, and other public activities.”

The library will be developed in a recreation of Roosevelt’s Elkhorn ranch, and it’s anticipated to bring 100,000 visitors annually, drawing visitors from not just the state, but also from around the USA and world.

Not all residents of the state are happy about the decision, and many believe this should have been up for vote. Comments on Governor Burgum’s Facebook page announcing the passage of the legislation noted the misuse of funds, highlighting the need for that money to be spent on schools and education in the same part of the state where the library will be built.

“Hummmm you think there is that kind of donations out there? How come $$ for education are not as easily found? You don’t think there is as good a return on your money? The future of this state is in the education, training and work ethic of future North Dakotans. Keep talent in ND. Grow ND talent. Invest in ND youth and education from elementary through high school and careers/vocational education,” said one commenter.

Another said, “Why did the people of North Dakota not get to vote on this. Waste of Money. When the oil reserves are gone who will pay for this then?”

Still others see it as a boon for the state, particularly for tourism and the state’s image.

One commenter wrote, “I love it. A presidential library is going to be great for the state of North Dakota. I can’t wait to take my kids there.”

“That’s beyond great news. Thanks for all you did to help usher this planned library to fruition. It will be a great attraction and center for education. Tourism, too, for Teddy fanatics – and there are lots of them,” said another commenter.

In a press release, Governor Burgum said, “This game-changing legislation supports the creation of a world-class tourist attraction that will elevate North Dakota in the eyes of the nation, have lasting economic and educational benefits and share the incredible legacy of Theodore Roosevelt for generations to come.”

Medora is a small town, with a population of about 150, in Billings County, North Dakota. It is the only incorporated city in the county, as the bulk of the county is located in the Theodore Roosevelt National Park and The Little Missouri Grasslands.

Roosevelt visited Medora in the 1880s. It is one of the most popular tourist areas in the state, and is roughly two hours west of the state capitol of Bismarck.

More information about the Theodore Roosevelt Presidential Museum and their capital campaign is available on their website.