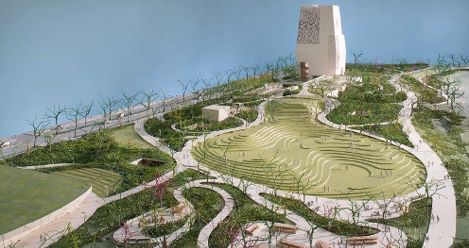 The Obama Library has been a hot topic in Chicago since its location was announced in 2017. As a librarian in Chicago, working not far from the planned location, I’ve been following the story closely. Presidential Libraries have existed since Franklin D. Roosevelt decided to give the government all his records and a building to store them in. Thus began the tradition of Presidential Libraries—privately erected, publicly maintained. Most Presidential Libraries have followed the same general pattern. A non-profit pays for the construction of the library and then hands it over to the National Archives to be run and maintained. 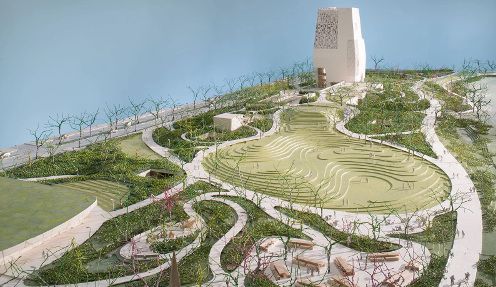 Courtesy of The Obama Foundation

The Obama Foundation, however, has a different plan. The proposals for the Obama Library have been controversial, drawing both praise and rebuke for more than one reason. Here are six things you should know about the the Obama Library.

1. Its official name is the Obama Presidential Center

The full project will be a campus comprised of three buildings and a lot of green space covering roughly 225,000 square feet.

Planned for the campus are a museum, a “public forum” building, a community garden and a library.

2. It won’t be a National Archive

The Obama Foundation announced in 2017 that the Obama Library would be the first completely digital Presidential Collection. Physical materials, which must be housed under very strict National Archives and Records Administration rules, will be kept off site.

This decision is the biggest indication that the Obama Library seeks to be a new kind of presidential center focused on community engagement rather than academic or historical study. It also means that the campus will remain fully run by The Obama Foundation.

3. It will be the first Presidential Library to house a Public Library

Speaking of community engagement, the actual library part of the Obama Presidential Center will be a Chicago Public Library branch.

While it’s inevitable that this branch will have a strong collection of books by and about the 44th President, the plan is for a traditional neighborhood branch. The Obama Foundation is putting its money where its mouth is on the promise that this campus will be a public place, truly open to the community around it.

4. It will be in Chicago’s South Side

The Obama Library will be built in Jackson Park on the South Side of Chicago. This choice comes with a lot of weight. If you’re unfamiliar with Chicago, it is notoriously divided between a wealthy, mostly white North Side and a neglected (often vilified), mostly black South Side. Michelle Obama famously grew up on the South Side of Chicago, and the decision to place the Obama Library there is groundbreaking.

I happen to work on the South Side, about ten minutes south of Jackson Park. The families and kids I work with have a lot to gain from this development. Despite growing up in a fascinating, culturally rich city, some Chicago residents have rarely had access to the wonders of Chicago. This is not for lack of desire, but lack of access. Public transit diminishes harshly on the South Side (only a single train reaches south of 63rd Street, twenty blocks north of where I work), and even by car the trip to the North Side is time and cost prohibitive. Placing the Obama Library on the South Side is a huge step in investing in the communities south of Michigan Avenue.

There has been a lot of push back about the Obama Library (both in and out of the city) since the plans were revealed. Jackson Park was designed by the famous Frederick Law Olmstead, Sr. (who also designed Central Park in NYC) and hosted the 1983 World’s Fair.

A number of people and groups concerned about the park’s environmental and historical importance are against the Obama Library development. The Chicago group Protect Our Parks has filed suit against the city, claiming it has no right to give the public park land to a private group. The city may have circumvented this by giving the Obama Foundation a 99-year, $10 lease. There are very real and valid concerns about gentrification and unexpected design changes that may come along without city approval (the Foundation has declined requests to sign Community Betterment Agreements, to the understandable frustration of many).

President Obama has argued the point by comparing Jackson Park to Lincoln Park, a North Side destination with a zoo, theater, nature museum, and botanical garden all thriving inside. Jackson Park is beautiful and important, but has been comparatively neglected for a long time. Improvement plans have been made over the years but never carried out. This isn’t the community’s fault; the city just doesn’t invest in South Side infrastructure. The Obama Library will be the first injection of money and attention to the area in a long time.

The speed seems ambitious, but is certainly not impossible. There are still some hoops to jump through and questions to answer, but the Obama Library will call Chicago home.