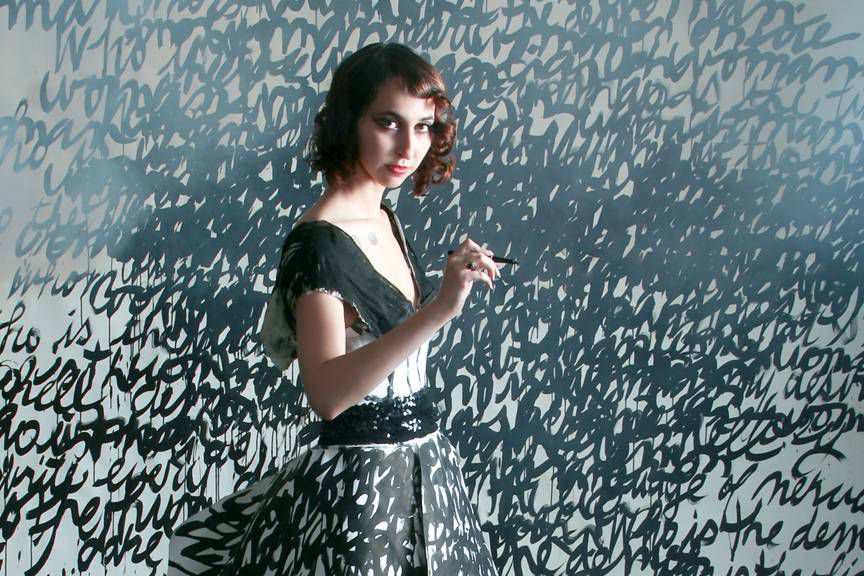 Two weeks ago, in the basement of WORD Bookstore in Brooklyn, the singer (Ellia Bisker of Sweet Soubrette), photographer (Emily Raw), and writer (Manuel Gonzales) came together to celebrate the release of The Miniature Wife, Gonzales’ collection of short stories that is just out from Riverhead (and is, by the way, completely fantastic). The collaboration began a little over a year ago, when Gonzales and Raw conceived their Thousand Words project. Each week for a year, Raw sent Gonzales three photographs, and he chose one to write a story about.

One week, Raw sent Gonzales this photograph of Bisker (taken during the video shoot for Bisker’s song “What’s My Desire?,” which was inspired by Anais Nin’s Henry and June), and he wrote a story called “Written.” 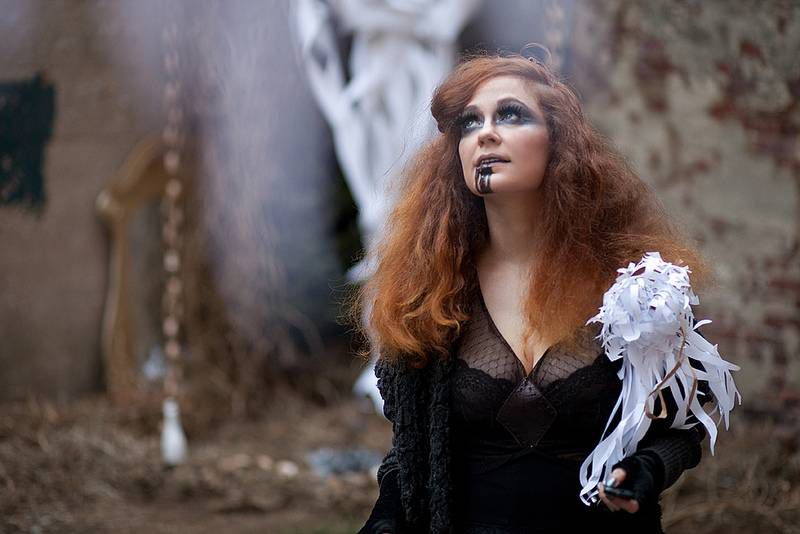 And the photo, of course, led to another story from Gonzales (not yet available online). In a blog post about the collaboration, Bisker considers, “We could go on like this forever.” I hope they do. 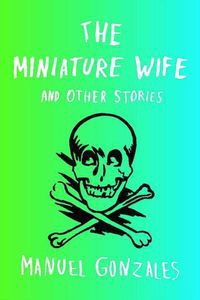 The WORD event opened with Raw’s explanation of how the collaboration was born (whiskey was involved, and lots of it), then Bisker performed “What’s My Desire?” and “Charlatan” while the audience enjoyed pie, donuts, and cocktails. (NB: book events with pie and donuts are the best book events.) We were all stuffed and happy by the time Gonzales took the podium to read. He opened with “Dive,” another entry from the Thousand Words Project, which he performed with hilarious character voices, and closed by reading a section–just a section–of the title story from The Miniature Wife. He read for just about ten minutes–again with character voices and humorous inflection–and sold the hell out of the book without actually having to talk about, like, his process or where he gets his ideas. (You know writers hate that question, right?)

Then we all clapped and helped put our chairs away, and the room was filled with laughter and mingling and more pie, as Bisker, Raw, and Gonzales greeted friends and fans new and old. I walked away thrilled to have discovered three wonderful artists and convinced that THIS is where book events need to be going. THIS is one of the ways literature can maintain its relevance in a competitive marketplace–not by segmenting itself from other parts of culture but by working with them and looking for common interests and shared inspiration. Oh, and by not being boring. That one’s crucial.