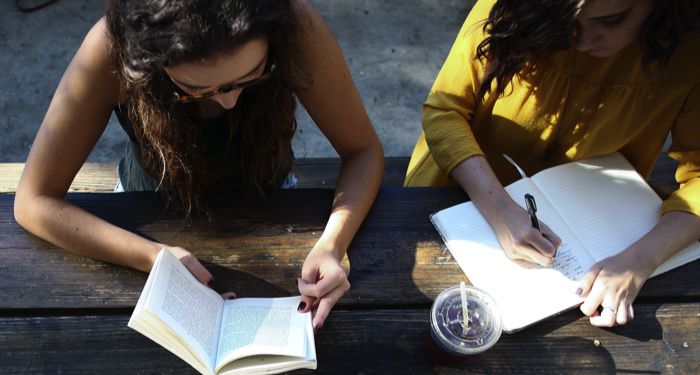 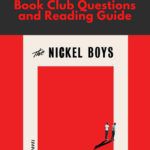 But first things first, just exactly what is this book about anyway?

***warning, major spoilers from this point on.*** 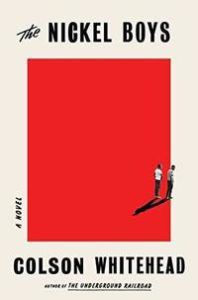 Colson Whitehead’s The Nickel Boys is the story of Elwood Curtis, a  young Black activist from Tallahassee, Florida. Set during the height of the Civil Rights Movement, Elwood is arrested on his way to attend his first day of college. He is then sentenced to Nickel Academy, a reformatory school where the accused receive “physical, intellectual, and moral training,” and are “restored to the community with purpose and character fitting for a good citizen.” Once Elwood arrives at Nickel however, he quickly realizes that there’s more to the school than meets the eye.

At Nickel, Elwood is forced to survive in a racially divided system created to break him down. Though the school is no walk in the park for any of the boys, the Black boys at Nickel are treated particularly harshly. Elwood’s only saving grace comes in the form of the other Black boys at Nickel, as well as his friend Turner, who sees Elwood’s ideas about hope between the races as a pointless cause. At the end of the novel, Elwood makes a risky life-altering decision that not only changes the course of his life but that of others at Nickel Academy as well.

The Nickel Boys is a novel filled with all sorts of literary goodness, so to help guide you in your discussion, here are a few key themes you may want to consider.

First, trauma is a major theme in The Nickel Boys. The trauma both Elwood and Turner experience, not only during their time at Nickel but that experienced before the reform school, greatly influences both boys, as well as, every decision they make during their stay.

Another theme found throughout the novel is history’s influence on culture and society. Though the novel takes place over a century after slavery and a few years after the eradication of Jim Crow, the mistreatment of Blacks continues to be a prevalent issue within society, further blurring the lines between right and wrong in a racially charged America.

Friendship and hope seem to be running themes as well. Though facing insurmountable hardship, Elwood leans on his friendship with Turner and the others to help him withstand his time at Nickel. Lastly, his continuous hope that life for Blacks will one-day be better, fuels Elwood’s commitment to never give up the fight.

1. Do you think Elwood was a naive character? Were his ideas about hope and change too simple?

2. Elwood admires his teacher Mr. Hill, in part, because of his ability to take the past and connect it to the future. Were there things in the novel that you found to be relevant to today’s culture?

3. The Hardy Boys mystery series was mentioned quite often throughout the novel. Do you think this was simply Whitehead’s way of describing the entertainment culture of that time, or is there something deeper going on?

4. What is your assessment of life in the “free world” vs. life in Nickel?

5. Acts of sexual violence at Nickel are discussed in the novel, but only briefly and never with any detail. Why do you think this is?

6. In her book club discussion of The Nickel Boys, Roxane Gay expresses her frustration at Whitehead’s treatment of the novel’s female characters. Do you agree or disagree with her position that the characterization of women in the novel was problematic?

7. Why do you think Turner changed his mind about giving the letter to the state auditors and escaping Nickel with Elwood?

8. How did you feel about the ending? Were you prepared for the plot twist?

9. Once the cat was out of the bag and you realized present day Elwood was actually Turner, how did you feel? When discussing the book, do you find it hard separating the two characters now that you know? Do you think this was intentional by the author?

10. Do you think Turner succeeded in making Elwood proud?

11. In the novel, Whitehead includes various stories of boys who were sent to Nickel. Who do you think this book is about? Is it Elwood? Turner? Or all of the Nickel boys?

Love reading Colson Whitehead? Who doesn’t? Click the links below for more on the author.