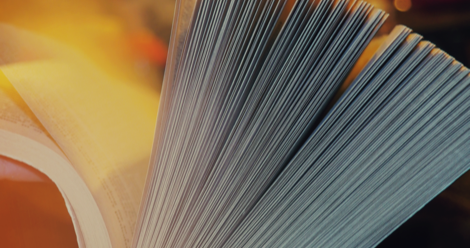 Every now and then, I like to indulge in reading true crime or horror. I have read some pretty disturbing books, like In Cold Blood by Truman Capote, American Psycho by Bret Easton Ellis, The Exorcist by William Peter Blatty, The Devil in the White City by Erik Larson and Wolf Boys by Dan Slater. But as disturbing as those books were, there is still one book that was more disturbing, chilling, and unbelievable: The Road Out of Hell by Anthony Flacco. 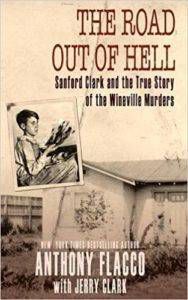 Have you ever heard of the Wineville Chicken Coop Murders? I doubt you have because Wineville, California does not even exist anymore. The murders that took place there were so mad and so disturbing that the town of Wineville decided to change their town’s name to Mira Loma, California. The town’s people wanted to disassociate themselves from the events that occurred there between 1926 and 1928. The movie Changeling, directed by Clint Eastwood, is loosely based on the murders. It shows one mother’s harrowing experience of her son being kidnapped.

The heinous murders were committed by Gordon Stuart Northcott; a Canadian-born sadist who murdered between three and twenty young boys. The story is told by Sanford Clark, Gordon’s nephew and captive from the age of thirteen to fifteen. Sanford was beaten, molested, and raped by his uncle while he was held captive. But the worst part: He was forced to take part in the murders or risk being murdered himself. Gordon used a chicken farm as a front for his twisted ways. On the outside, it appeared that he and his nephew were raising chickens, when in fact they were using chicken coops to conceal their murders. Young boys were lured onto the property by Gordon with promises of a good time, but that never came to fruition. The boys never made it home and met their fate there in the chicken coops. To make things even weirder, Gordon’s mother, Sarah Louise Northcott, even helped Gordon murder one of the boys he kidnapped. She babied him and loved him so much that she was willing to help him murder. In 1928, she was convicted of murder and sentenced to life in prison.

It would be a disservice to all of you for me to spoil this disturbing book. It would be best if you read the book yourself; however, if you are squeamish or disturbed by true crime, then you might want to skip this one completely. The contents of the book are not for the faint-hearted. But there is somewhat of a decent ending to the tragedy that is detailed in the book. Sanford Clark, the captive nephew, went on to become a decorated World War II veteran, a loving husband, and a father to two sons. Despite his horrific youth and the trauma he endured, he helped provide some justice to the families of the boys who were kidnapped and murdered by his uncle. He testified against Gordon, which led to his conviction and eventual death by hanging in 1930. Northcott’s last words before he was hanged were: “A Prayer! Please, say a prayer for me!”

As the title mentions, this book was the most disturbing book I have ever read. I can honestly say that I almost puked during certain parts of the book. Gordon Stuart Northcott and his mother were demented. The fact that this book is true crime and not some fiction novel make it all the more sickening.

What’s the most disturbing book you have ever read?