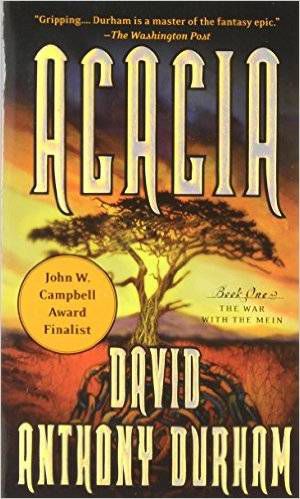 One of the best things about comic books is the unique blend of visual imagery and text that is used to tell the story. Words and art are wonderful things on their own, but bringing them together allows for an entirely new level of expression, setting scenes and tones and moods with just a phrase and a carefully constructed panel or page layout.

Both facets of a comic are needed in order to create believable characters and a world for them to inhabit, and it is this world-building where comics often shine. In particular, it seems to me that comics that don’t shy from discussing (or drawing in detail) something absolutely disgusting are the ones that best succeed in their world-building.

A few of the books I’m currently following do this gross-out exposition excellently. The first one that comes to mind is Saga, which doesn’t shy away from the gore that accompanies an ongoing war between two galactic factions. This is a place where the artwork really drives home the stark realities of a bloody battlefield, especially in contrast to all the brightly colored settings readers get to visit within Saga’s pages. On a more humorous note, issue #29 necessitated our intrepid heroes collecting dragon sperm, which gave rise (pun absolutely intended) to an exceptionally glorious two-page spread of an enormous dragon pleasuring himself, as the characters looked on with a beautifully rendered mix of horror and awe.

Rat Queens is another book that relishes saying what’s on its mind, as its four main characters engage in the kind of raunchy, expletive-laden talk that wouldn’t be unfamiliar among good friends in any local dive bar. The Queens are constantly fighting all manner of awful beast, confronting trolls, dragons, and minions of the underworld, and they never shy from discussions of sex, drugs, or battle tactics. These frank discussions, paired with artwork that allows for a wealth of detail, create well-rounded characters and a full world that moves the book beyond a simple adventure story.

Survivors’ Club and Clean Room both have vastly different settings from the first two examples, as they’re firmly grounded in the mundane world we all know. The books also have another thing in common: they always seem to be the books I end up reading them right before bed, and I never end up going to sleep when I’m done with them.

In Survivors’ Club, each of the six members of the titular club are haunted by pasts drawn directly from horror movies. The renderings of each of their nightmares — from haunted houses and possessed dolls to giant insects and a Slenderman-like killer — each hold the power to keep readers (read: me) up at night. Protagonist Chenzira is the one who brings the characters together, because she suspects that each of their past traumas may be linked. Her horror stems from a possessed arcade game that she played as a child, which has now become the basis for a viral internet video that invokes the same horrifying hallucinations Chenzira dealt with, laden with a hellish color palette and chaos caused by thick, barbed vines that threaten to overwhelm the characters.

Clean Room features all manner of demons who do harm to their human hosts, and the mysterious Astrid Mueller is one of the few people on the planet who is able to see these creatures. The variety of the creature design — and the unique and terrifying ways in which they hurt the humans around them — ensures a fresh horror with each new introduction, in direct contrast to the sleek minimalism of Astrid’s corporate world, and it’s this range of design and detail that helps readers understand the true horror of Astrid’s ability.

Such visceral details as those described above just sock you in the gut, and though they might make your stomach roil, they remain with you. It’s these disgusting parts of life rendered on the page in vivid detail that create a fuller reading experience. Exploring the good, the bad, and the ugly of life allows for a 360-degree view of what life if like in the particular world you’re reading about, be it a universe far away, a raunchy D&D-style adventure quest, or a fairly familiar modern world tinged with elements of the supernatural.

The combination of art and text in a comic also helps cut to the chase of world-building and scene-setting, throwing readers immediately into the same terrain — both physically and emotionally — as the characters. If you’re reading a book and your imagination can’t quite do the job of putting you there, the story loses something that the author meant for you to grasp. But if someone draws some giant troll balls on the page, you really can’t help but feel like you’re there.