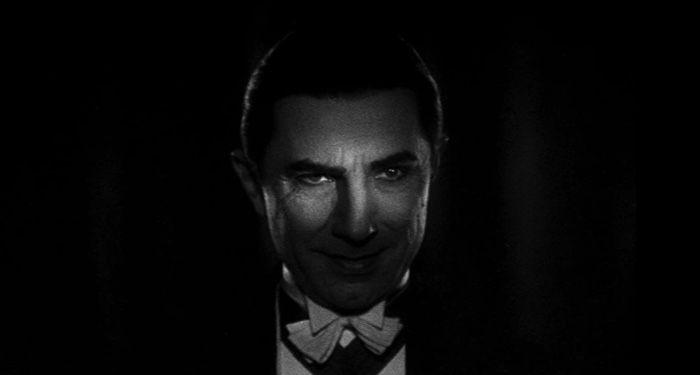 What kind of batty bloodsuckers should we expect to come knocking on our chamber doors in the near future?

One of the best things about vampires is their transient ability to shapeshift into whatever allegorical purposes are required at the time of composition. Sometimes a deceptively dashing Romantic figure symbolising the excessive wealth and lechery of the upper class, often a progressive, subversive threat to the status quo of imperial power, the vampire thematically survives in literature due to the immortal variance they provide. Like a shadow, wherever society goes, the vampire will follow and take the form of that which blurs our comfortable boundaries; the only constant they provide is how they permeate the public consciousness, fangs and all.

Looking forward, I’m interested to know what new face future vampires will wear; will they pop up in books as fiends or foes, Byronic heroes once more, or jaded, sympathetic immortals struggling to acclimate to modernity?

In the past, the vampire’s bite is said to have reflected the development of fields of science such as microbiology or virology, with the barely noticeable blemish of puncture wounds on the neck of suddenly ill, pale, and swiftly dead victims easily paralleled with the ways in which invisible germs infiltrate and transform the body, traversing the seemingly impenetrable boundaries of skin without evidence until it is too late. Perhaps we will come down with this sickness once again. I can picture how writers may use our prevalent fears of a fast-moving disease and the demands to stay home as inspiration to tell a tale of a vampire who elects to prey on those who flout restriction rules for fodder, exploiting how misinformation makes its victims complacent. Like all good horror tales, this would challenge what we perceive as the ‘real’ monstrosity; is it really the vampire who is villainous here, or is it the creators of fake news leading lambs to opportunistic slaughter?

Maybe vampires will continue to express an interest in modern technology, as in Dracula; the eponymous Count is obsessed with new inventions and industry, like trains and typewriters, eager to use these new tools of progress to his advantage. In a similar vein, maybe vampires will own shady tech start-ups, gentrifying the neighbourhood by sucking it dry for capital as well as feeding on residents. Maybe they’ll be VTubers, using online avatars to get around the fact that they don’t show up on cameras. The possibilities are endless, both for spine-chilling social commentary and pure comedy, and I envision encountering contemporary literary vampires who have new abilities or powers as the traditions of their mythology are experimented with to match an increasing demand for entertainment that subverts our expectations.

However, this is not a demand based purely on the need to be constantly surprised or for shock value; instead, this desire to see our norms flipped can come from a need to see alternative perspectives of that which we have been told is concrete and unchanging, such as societal roles or historical events. Vampires have a habit of reflecting the times we live in, not only disrupting them but personifying them, and as we begin to be more aware of how our media and education systems construct false realities for us based on historical revisionism and misinformation, I anticipate the ‘norms’ of vampirism being dissected and rewritten as well, with the vampire emerging as a victim of centuries-long smear campaigns. I can see the vampire portrayed as a Cassandra-like figure, violently shoved aside despite their evident humanity, unfairly framed as a monster for revealing the truth about the world we live in.

Similarly, I would like to see more historical vampire literature that offers a new perspective on events that have been deliberately marginalised or covered up by rampant nationalism and racism. The history of undead mythology is fascinating, yet overall poorly represented, with the traditions and folklore of communities through the ages reduced to schlocky B-movie villains by white film production crews. This attempt at reclamation is an already common feature of postcolonial horror writing, such as The Gilda Stories by Jewelle Gomez or Hadriana in All My Dreams by René Depestre, in which the popular vision of vampires and the undead is interrogated from the perspective of those who have been transformed, who are attempting to navigate life as normal yet tarred with a ‘monstrous’ brush.

The issue with my predictions and hopes for vampiric futures is that the books I am hoping to see on mainstream shelves already exist. They are written by marginalised authors whose work has been largely neglected by pop culture and have been pushed into relative obscurity. Books that come to mind include Octavia E. Butler’s Fledgling, which is a crime procedural murder mystery featuring vampiric creatures called Ina who tackle the problem with historical revisionism and question the binaries of racial identity, who gets to decide what that means, and why it is important to define oneself. Happiness by Shūzō Oshimi additionally reveals that mortal humans are, once again, the monstrous ones, whose pursuit of knowledge threatens a community of vampires who are merely interested in creating average lives for themselves.

I am eager to see an increase in stories like this, in which the vampire diverts from its typical role as a sunlight-averse shapeshifter; however, not at the cost of steamrolling or burying a pre-existing canon of subversive horror fiction. Too often is the work of queer authors and authors of colour entombed within shadows, barely visible on shelves, while the work of white horror authors is celebrated as suddenly revolutionary despite actually being late to the party, despite possibly being the cause of the party’s erasure. I hope that the future of the vampire therefore involves a characteristic resurrection, an exhumation of literature that has been too long left to collect cobwebs, and a more diverse horror fiction section at the local high-street store.

It would be unusual of vampires to remain stagnant, not to mention bland, because our world is in constant flux. They reveal the rot, and sometimes cause it, and often scare us because of how they present the darkness as alluring, as enlightening. They linger with us wherever we go, and as we take a step into an unknown future, maybe the vampire is the only constant we can rely on. Whatever shape they take in the future, I’ll welcome them in as an old friend.