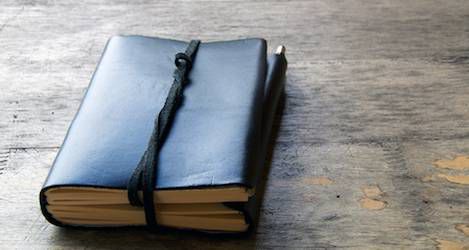 In a Prince Edward Island hotel room, and across the street from a car dealership owned by her great-grandson, Lucy Maud Montgomery and I had a fight.

Not everyone was equally armed in this scenario: I was communing with Maud through her journals, which I’d packed as essential reading for my impromptu journey to the land of Anne, Emily, and Marigold. She was ill-equipped to defend herself when I began to get frustrated by her musings, and equally helpless when that frustration graduated to my feeling straight up pissed at her.

Outside, snow was cascading down, initiating a road situation that would make it impossible for me to complete my Island-traipsing the next day. I would miss the hotel that inspired White Sands and its Kevin Sullivan celebrated shore. But I might have been okay with that by then, or at least poised to reason my way toward not minding—because the woman whose work I had loved and celebrated for most of my life was not someone I was sure I understood at all the next morning.

My pilgrimage turned uncomfortable, and my admiration got scaled back, literally overnight, all because of a diary.

What Maud had done to alienate me may seem like not much: in entries dated in time with the Second World War, she recorded her sufferings at length, the traumas that made her feel dark and hopeless and alone. It was the typical stuff of journals, really. Her son entered into a romance that embarrassed her. He got involved in perhaps questionable monetary activities. Her husband, never a treat, remained infuriatingly himself.

By normal human standards, Maud didn’t have a great decade. But comparatively. I couldn’t get over how lucky it all seemed comparatively. Are family embarrassments really something that should send one spiraling into terrible depression? Were these really valid wartime concerns? Did she not understand what other people were going through, at the exact same time?

I knew, even then, that my anger was unfair. The comparative suffering game is nonsense. Retroactively measuring one person’s pain against another’s, particularly to determine if one variety or another is worthy of a record, is absurd. I get that. Moreover, these were the woman’s journals I was paging through–not world histories, but highly personal accounts of her day to day life. It would have been contrived for her to write them not about herself, but for a potential future voyeur.

Those realities aside, though: I was still annoyed with Maud. I’d been reading Holocaust accounts all semester; I was too familiar with what others were suffering a world away, while her son embarrassed her in her idyllic Canada landscape; I wanted her to shut up about tribulations that seemed minor, and to think about someone else. I wanted her to be self-sacrificing and humble and Anne-like, not self-absorbed. And my feelings about her, even after I left snowbound PEI and returned home to my well-read collection of her books, remained complicated by that unhappy immersion into her thoughts.

Which is, in the end, to say this: perhaps I should not have been reading her journals in the first place.

An author’s work perhaps ought to be enjoyed in and of itself, without the additional, and probably clouding, complication of insights into their personal lives. A biography can provide context; but a diary is more intimate than that. A diary read is a hole bored into someone else’s wall, and the eyes that feast upon it are necessarily committing an invasive act; any rewards have a tinge of the ill-gotten, and any disappointment seems like the proper mite for intruding where you can’t really be personally invited.

Maud’s journals–which, before the 1940s volume, reveal a woman who was complex and a little tragic, lonely and constrained by social expectations, and who certainly deserved better than a husband who made life very difficult for her AND never even read one of her books—are the only titles of hers that I’ve never felt compelled to revisit. I love her work; but after I shut the cover on her last journal, I no longer felt like I needed to know her that well in order to appreciate her work most fully. Knowing her better through those journals may have even challenged my affection.

Perhaps that’s a danger of a diary—of forcing our way in to pages that were never really meant for our eyes. Perhaps that’s the risk inherent in wanting access to words that were not penned for anyone but their author.