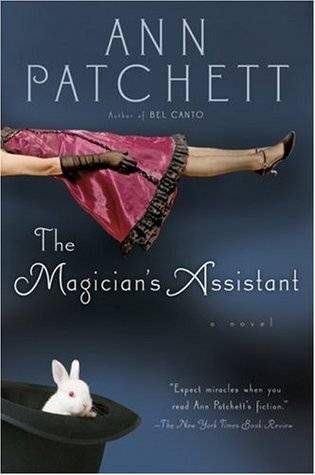 I’ve already been on board with The Wicked and The Divine since the get go. Gillen and McKelvie are a dream team; anything they work on together is an automatic buy for me. But, I have to say that this issue presented me with the amazing surprise of Brandon Graham pulling the weight on some of the art duties. Graham is another auto-buy creators for me and I felt like his pages were a fantastic fit for the tone of this book. Well done!

Sometimes a great comic comes out that you hear a lot about, but not until it’s a dozen issues in. Rat Queens was one of those for me. So with the deluxe hardcover, I played catch-up on the first couple story arcs and I get it now. Rat Queens is filled with great characters, witty humor, and ridiculously entertaining stories. Guess what’s been added to my pull list?

I went into Scarlet Witch #1 pretty blind. I heard about the series when it was announced, but have never felt a particularly strong connection to either of the Maximoff twins, so I didn’t expect to fall in love. But, it was a female-led book from Marvel, so I had to read at least the first issue… And I was absolutely floored. The expressionist art by Vanesa del Rey is stunning, made all the more amazing by Jordie Bellaire’s limited color palette. Long-time fans of Wanda might be turned off slightly by the new status quo—her powers now seem to come from actual witchcraft—but after years of confusion over her powerset and mental state I find it a welcome change. At its best, the book looks and feels a lot like The Chilling Adventures of Sabrina, except actually on a monthly schedule. I’m so in. Now I just have to kick something off my pull list to make room for it…

It’s fair to say that The Vision is the strongest new title to come out of Marvel’s post-Secret Wars All-New, All-Different initiative. The book doesn’t feel like a traditional Marvel book, almost more at home in the Vertigo reboot then with the other books Marvel is putting out. Tom King is crafting a deep, layered story about The Vision founding a family and living out his life in suburbia. Combining elements of classic science fiction, suburban horror, slice of life fiction and Capes and Tights in a fascinating way.  The second issue picks up from the unexpected conflict between Virginia and the Grim Reaper (The Vision’s kind-of, sort-of brother. Don’t ask.). As Viv struggles for her life, Virginia relates the conflict to her husband, only we know she’s lying. Later, we see the Vision stand up for his son’s actions against your typical school principal; it’s both a sweet moment but there’s an underlying sense creepiness to everything. Gabriel Hernandez Walta’s penciling deserves serious recognition. There are some amazing quiet sequence throughout the issue where the art really shines. The issue opens with a great sequence of Vin phasing through the highly polished floor of his school. It says so much in just three panels and sets the tone for the issue. As ever, Jordie Bellaire’s colors is expressive and give a sense of warmth to the issue that plays right into the tone of the issue. This is great comics.

If I’m being completely honest, I’ve been a bit burnt out of comics lately. I get to the shop less and less frequently, and when I do go I’m stuck with a daunting pile of comics. So I’m not sure what possessed me to walk three-quarters of a mile in pouring rain the day before Christmas Eve. But when I got there, my squeaky shoes and soggy hands went straight for Patsy Walker, AKA Hellcat. The comic is a large ball of adorable sunshine, a perfect companion to Ryan North and Erica Henderson’s The Unbeatable Squirrel Girl (seriously, that cross-over event neeeeeeeeds to happen). Patsy is my absolutely favorite type of character: an adorable train wreck of a woman with unflappable determination. At the beginning of this issue, she’s been laid off and living in a storage closet, but by the end so has a plan to get herself and her super-powered friends jobs. Hellcat gives me life.

I actually caught up with the entirety of the Darth Vader ongoing in the month of December, and I will remember it fondly as my favorite comic of 2015. This Annual actually serves as a terrific sampler for the series while also standing perfectly well on its own as a self-contained one-shot. Vader along with Triple Zero and BeeTee–delightfully creepy murder-bot doppelgangers of Threepio and Artoo–descend upon the stately capital of Shu-Torin. There, the dark lord is invited to an opulent banquet and ball, where everyone–everyone–is expected to dance. Yu makes for a tremendous addition to Marvel’s Star Wars artistic ensemble, and I truly hope it won’t be his sole contribution.

The 7th print issue of DC Bombshells is going to be the one I point people to if they want to try it out. One, because it works as a one-shot on its own (as the only issue so far that is one specific storyline instead of three chapters jumping around the established storylines in play) and two, because it’s just a phenomenal use of fan-favorite characters in this setting. Bennett’s choice to bring in Harper Row, Nell Little, Alysia Yeoh, Bette Kane, and in a real deep cut, Mystery of the Batwoman’s Kathy Duquesne for her rag-tag team of bat wielding Batgirls fighting for the impoverished was a welcome surprise in the book’s line-up. The fact that this particular adventure pits them against racism and xenophobia on the homefront is inspired and incredibly relevant considering current real world events. Andolfo’s lineart here is so expressive and her designs for each of the Batgirl’s costumes is adorable, with unique touches for each (and Broome’s colors continue to be a highlight of the series). On top of that, not only are the Batgirls of the Bombshells universe an incredibly diverse team of young heroines (with many characters who don’t get to have the spotlight as often), but it’s a group of women who aside from Bette have never gotten to be Batgirl before! That also allows room for Cass Cain and Stephanie Brown to be part of something new in Bombshells down the line — if I had to guess, possibly with Barbara Gordon, too? Time will tell.

I’ve never read Captain Marvel, and I’ve never read Guardians of the Galaxy, and I feel like I got a great introduction to both in this volume. Kelly Sue DeConnick’s writing is whip-smart as always. She can do no wrong in my book, and she brought a compelling depth to Carol Danvers that I find irresistible. I can’t wait to dive further into this series to see where Captain Marvel ends up next.

With every issue, Clean Room ups its horrifying factor by like 70%, which is always impressive, because I’m always like, “No, they can’t make it more horrifying than the last one,” and they ALWAYS DO. I don’t even read horror comics, but Clean Room is so well-written (could we expect otherwise from Gail Simone?), beautiful, and strange that it would be a shame to miss even a single issue. Also, what was the DEAL with that scary clown guy with the teeth? I mean, JESUS. I can’t just stop reading now, I need to keep reading, if only to figure out what the hell is going on.

OK, it’s technically a Hallowe’en comic, and the print version was out in November, but DC Digital’s Scooby-Doo Team-Up Chapter 26 did appear in December and penny for penny, nothing else last month gave me so much enjoyment. The conclusion of the original Scooby Gang’s encounter with Deadman, the Phantom Stranger and the Spectre, it sees a horde of heavenly helpmates take on the evil Tannarak. With the likes of  Kid Eternity, the Ghost Patrol and the Gentleman Ghost joining in the fun, this is a real treat for comics trivia fans. Not that you need a degree in DC to love this book, as writer Sholly Fisch gives Shaggy, Velma and co some great gags, with a surprisingly flexible Daphne the standout star. Dario Brizuela’s art is where Hanna-Barbera meets classic DC and the two fall in love – the graphics are simply gorgeous, with Franco Riesco’s colours the very bright cherry on the comedic cake. A nod, too, to Saida Temofonte for her expressive lettering. Read this in print or read this on screen – just read this.

In recent years and for various circumstances, the glittering veneer of the holiday season has a lost a bit of its luster for me. Fortunately, if there’s any comic equipped to re-glitter, bedazzle, and fix up some festive feeling, it’s Jem and the Holograms. Mebberson’s adorable and expressive illustration compliments Thompson’s script hilarious and heart-warming script. Pizzazz, despite her hair color, did not leave this issue as a Grinch and neither did I.

Whether you’re reading Rock and Riot on the web or purchase the first volume in print, Rock and Riot is the diverse girl gang comic you’ve always wanted. I love Furedi’s use of generous lines and crisp colors to set the tone of the comic, and her characters are three-dimensional. A single panel is enough to hook you and make you emotionally invested in these characters; I’m looking forward to seeing what Furedi does, both with this comic and her future endeavors.