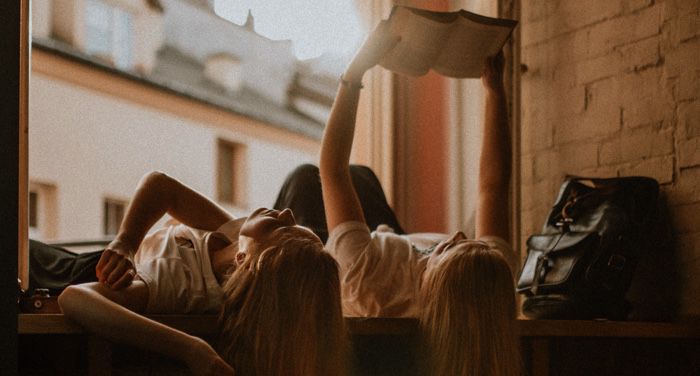 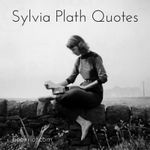 There are a number of writers I turn to when I’m looking for carefully chosen words that evoke specific emotion. Sylvia Plath is one of those writers, and Sylvia Plath quotes can evoke every emotion from the depths of despair to the heights of joy. 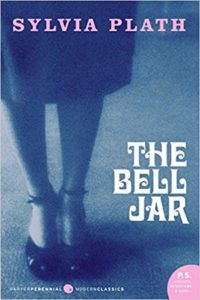 For decades, Sylvia Plath was better known for her cause of death than for her brilliant writing. It is difficult—perhaps impossible—to not blame her terrible husband for this, as he maintained control of her work after her death and edited it so that it barely resembled her intentions. In recent years, however, her journals and letters have been published and new information about her marriage has come to light, ensuring that her name is once again on people’s minds and her work in front of new generations of eyes.

Primarily a poet, Sylvia Plath is known for The Bell Jar, a novel that borrows extensively from her own life and which was originally published under a pen name to avoid embarrassing her mother. I have collected quotes from that novel and some of her poetry. These all demonstrate her mastery of craft, and many show her incredible battle with mental illness, which she fought to the very end.

I took a deep breath and listened to the old brag of my heart. I am, I am, I am.

I saw my life branching out before me like the green fig tree in the story. From the tip of every branch, like a fat purple fig, a wonderful future beckoned and winked. One fig was a husband and a happy home and children, and another fig was a famous poet and another fig was a brilliant professor, and another fig was Ee Gee, the amazing editor, and another fig was Europe and Africa and South America, and another fig was Constantin and Socrates and Attila and a pack of other lovers with queer names and offbeat professions, and another fig was an Olympic lady crew champion, and beyond and above these figs were many more figs I couldn’t quite make out. I saw myself sitting in the crotch of this fig tree, starving to death, just because I couldn’t make up my mind which of the figs I would choose. I wanted each and every one of them, but choosing one meant losing all the rest, and, as I sat there, unable to decide, the figs began to wrinkle and go black, and, one by one, they plopped to the ground at my feet.

When they asked me what I wanted to be I said I didn’t know.
“Oh, sure you know,” the photographer said.
“She wants,” said Jay Cee wittily, “to be everything.”

The trouble was, I had been inadequate all along, I simply hadn’t thought about it.

The silence depressed me. It wasn’t the silence of silence. It was my own silence.

I felt my lungs inflate with the onrush of scenery—air, mountains, trees, people. I thought, “This is what it is to be happy.”

There is nothing like puking with somebody to make you into old friends.

I felt very still and empty, the way the eye of a tornado must feel, moving dully along in the middle of the surrounding hullabaloo.

To the person in the bell jar, blank and stopped as a dead baby, the world itself is a bad dream.

That’s one of the reasons I never wanted to get married. The last thing I wanted was infinite security and to be the place an arrow shoots off from. I wanted change and excitement and to shoot off in all directions myself, like the colored arrows from a Fourth of July rocket.

I felt wise and cynical as all hell.

The floor seemed wonderfully solid. It was comforting to know I had fallen and could fall no farther.

I thought the most beautiful thing in the world must be shadow, the million moving shapes and cul-de-sacs of shadow. There was shadow in bureau drawers and closets and suitcases, and shadow under houses and trees and stones, and shadow at the back of people’s eyes and smiles, and shadow, miles and miles and miles of it, on the night side of the earth.

I told him I believed in hell, and that certain people, like me, had to live in hell before they died, to make up for missing out on it after death, since they didn’t believe in life after death, and what each person believed happened to him when he died.

But an English major who knew shorthand was something else again. Everybody would want her. She would be in demand among all the up-and-coming young men and she would transcribe thrilling letter after thrilling letter.
The trouble was, I hated the idea of serving men in any way. I wanted to dictate my own thrilling letters.

If you expect nothing from somebody you are never disappointed.

Sylvia Plath Quotes From Her Poetry

A note: I initially planned for this post to be primarily quotes from Sylvia’s poetry, with a few quotes from The Bell Jar sprinkled in. However, in several of Sylvia’s poems, she uses the N-word and other slurs quite casually, and is casually anti-Semitic in several instances. It is easy to chalk this up as “what everyone did,” but of course “everyone” in this case is actually just “some white people.” I have chosen only a few quotes from her poetry, omitting those poems in which I found slurs, though it is always possible something slipped by my notice.

Out of the ash
I rise with my red hair
And I eat men like air.
—”Lady Lazarus”

If the moon smiled, she would resemble you.
You leave the same impression
Of something beautiful, but annihilating.
—”The Rival”

I imagine him
Impotent as distant thunder
In whose shadow I have eaten my ghost ration.
I wish him dead or away.
That, it seems, is the impossibility.
—”The Jailer” (please note that this poem refers to rape)

O God, I am not like you
In your vacuous black,
Stars stuck all over, bright stupid confetti
Eternity bores me,
I never wanted it.
—”Years”

I am flushed and warm.
I think I may be enormous,
I am so stupidly happy,
My wellingtons
Squelching and squelching through the beautiful red.
—”Letter in November”

It is very late.
The dull bells tongue the hour.
The mirror floats us at one candle power.
—”By Candlelight”