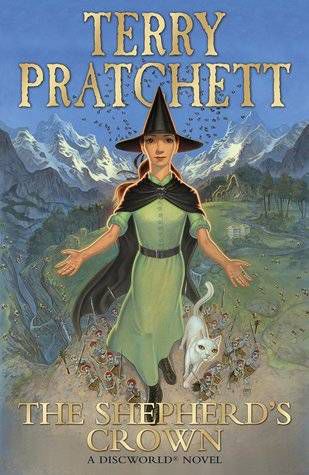 I have been, let’s say, disappointed so far in what we’re apparently dubbing the DC Expanded Universe (because I guess DC Cinematic Universe is a little too close to MCU, branding-wise). Zack Snyder, David Goyer, Chris Terrio and Warner Bros’ budding attempt to create a connected film universe for DC’s characters saw its second release last week in Batman V. Superman: Dawn Of Justice and having to sit through that film viscerally hurt me.

After leaving the cinema, I remember breaking down crying into my girlfriend’s shoulder in the lobby, despite the stares from strangers, because I had just watched something that felt purpose built to tell me that everything I’ve ever loved is wrong and that I was a bad person for loving it.

Let me back up a bit.

I’ve suffered from clinical depression (along with a myriad of mental illnesses) for, well, my entire life, give or take. It’s been a rough journey for me and, like with most journeys, there have been more than a few bumps in the road. I’ve tried to kill myself twice in my life. Both times I was saved by Superman. Well, okay, technically I was saved by the fact that didn’t quite overdose and just ended up making myself violently sick for the rest of the night, but that was in the moment.

In the bigger picture, though, I’ll always chalk it up to the Big Blue Boy Scout.

Every Suicide Prevention Day, there’s an image that floats around social media. It’s a page taken from the tenth issue of “All Star Superman” by Grant Morrison, Frank Quitely and Jamie Grant. It depicts a young woman standing on the edge of a building, dropping her phone over the side, before readying herself to jump off. Superman appears behind her, speaking immortal words that have stuck with me ever since the first time I read them: “It’s never as bad as it seems. You’re much stronger than you think you are.”

Those words were like a firebrand in my mind, scorching away the pain I’d been suffering through. In one page, I felt like I was the one being held in Superman’s arms and being stopped from taking that fatal plunge because, of course, he was right. I am much stronger than I thought I was and it was never as bad as it seemed. For every terrible night, there was the dawn of a new day that let me try again. That let me seek out help and friendship, comfort and warmth. Those words stopped me from doing something terrible and set me on a course that, in so many ways, brought me here today.

I tell you this to give you context to my relationship to Superman. It’s a pretty emotional one. I’m not the kind of person who loves Superman because he’s a cool character or because I like seeing him punch Brainiac in the face or what have you. I love Superman because, for a time, Superman was all I had. And, sadly, it felt like that was being taken from me as I watched Dawn Of Justice.

Now, I maintain that Man Of Steel is like 90% a good movie, with just the last roughly forty minutes being where it all falls apart (largely, I think, because no one felt like they could really make the destruction porn conclusion they were gunning for with Superman in the middle of it, but that’s a story for another time). For so long I was convinced that the film could course correct with a sequel about Lex Luthor using the destruction of Metropolis to try and discredit Superman in the eyes of the public, forcing Superman to win back their trust.

What we got was… well, almost that, I’ll admit, but instead of pushing Superman towards the kind-hearted farmboy with the strength of a hundred men, Zack Snyder planted his feet firmly in the cynical mud and refused to budge. In fact, Dawn Of Justice almost transcends cynicism into pure existential nihilism at times. Superman goes from a character learning about himself, his powers and his world, who makes mistakes while trying to do good and must learn from them to a character who is almost entirely removed from the world he says he wants to protect.

Dawn Of Justice presents Superman as a moral cypher. He’s shown in montage saving people all over the world while looking sullen and remorseful, while the only tethers he has to humanity tell him not to bother himself with it. The advice he receives from Ma Kent goes even further than Jonathan Kent’s “I want my son to be safe more than anything in the world” advice into “You should just abandon Earth because there’s nothing worth saving here” territory.

It’s a film that takes two and a half hours to establish that Superman is essentially useless in 2016 because humanity isn’t worth saving. It hammers home, scene after scene, that humanity is cowardly and paranoid and vengeful and nothing can stop that, nothing can elevate that. Man Of Steel’s introduction to Clark finally wearing the Superman costume was punctuated by the words “You have given the people of Earth an ideal to strive towards” while Dawn Of Justice tells us that humanity will never reach that ideal, making it a worthless ideal.

The only ideal we can achieve is to watch the one good thing to ever happen to us die because we were too afraid to accept it.

Suffice it to say, this isn’t my Superman. This isolated, sullen, grim figure who hovers above humanity, disaffected by the petty squabbles of the world he made a home in isn’t the Superman who saved me. It’s been said that Zack Snyder hates Superman and that might be true, but I also think he hates the world we’ve created for ourselves. Instead of using his films to present a world where we’re saved by the kindness of a strange visitor from another, he’s created a world where superheroes aren’t good people because good people don’t exist.

He sees a world where the cynicism and the corruption, the war and hate and intolerance that surrounds cannot allow for good people to exist. No one stays good in this world. Everyone succumbs to the fever, the rage. Where a young boy devastated by the loss of his parents can dedicate his entire life not to a crusade that looks to save his city from the corruption that took them from him, but to punish the people in it for allowing it to happen. Where a farmboy who learns he has to power to do anything is forced to do nothing in the face of bureaucracy.

This is what we’ve wrought. This is what happens when we clamour for realism and seriousness in superhero fiction. We spent so long trying to get people to finally believe that superheroes aren’t just for kids anymore that we created a film franchise featuring the most iconic superheroes ever created and it’s one that kids can’t watch.

I just remember this quote from a great man- no, a super man: “But you know what? Anger is easy. Hate is easy. Vengeance and spite is easy. Lucky for you… and for me… I don’t like my heroes ugly and mean. Just don’t believe in it.”